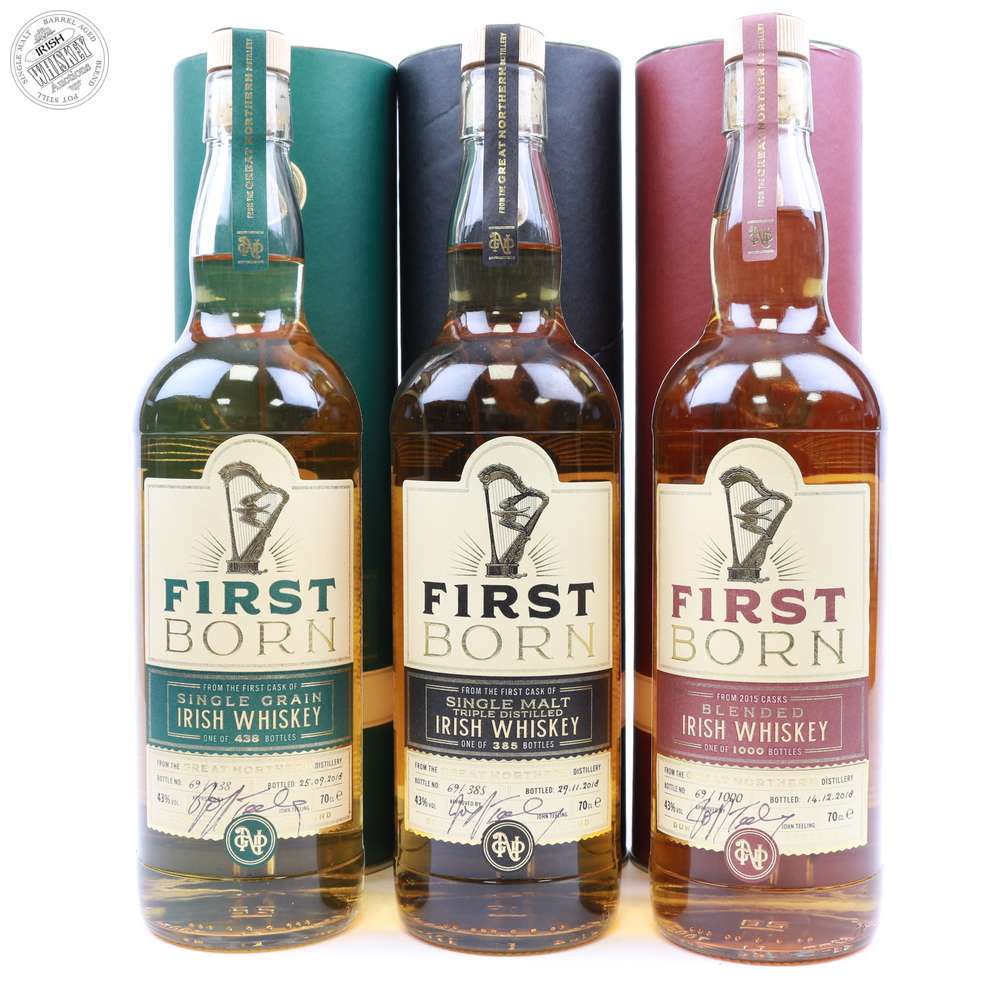 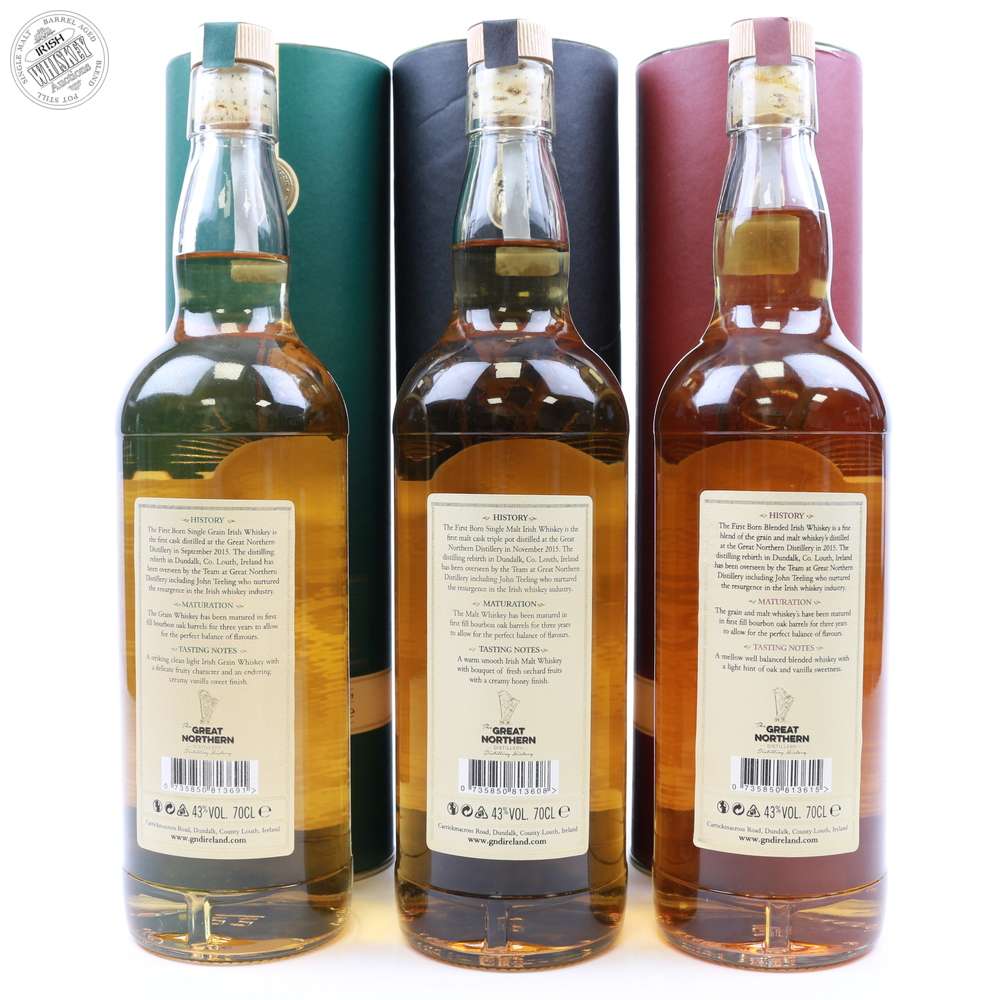 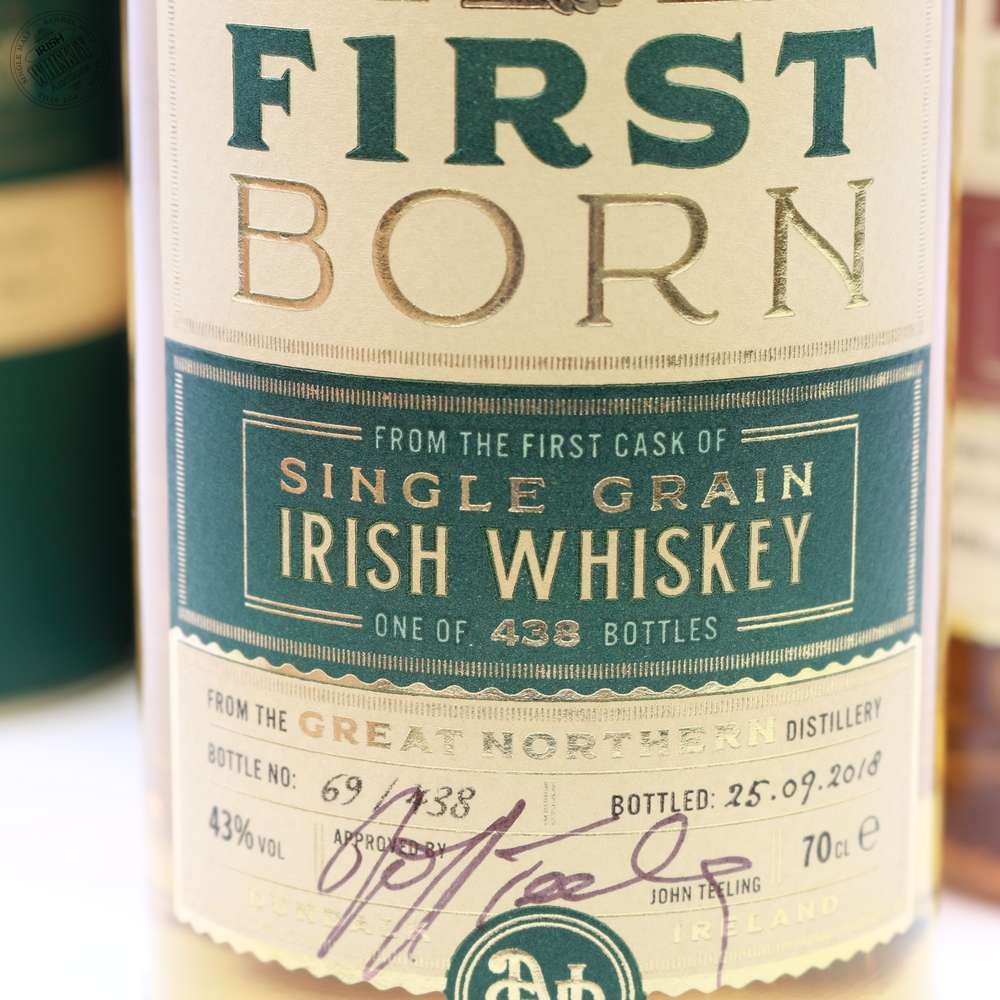 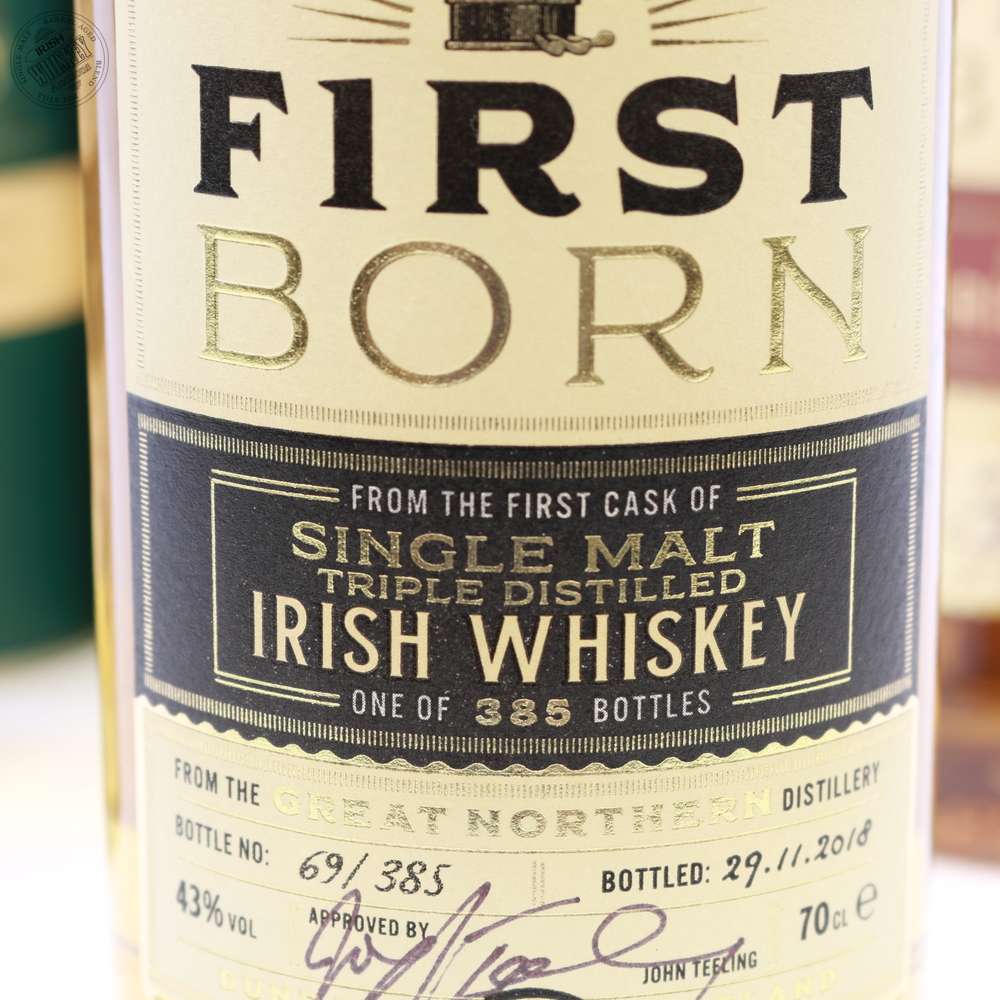 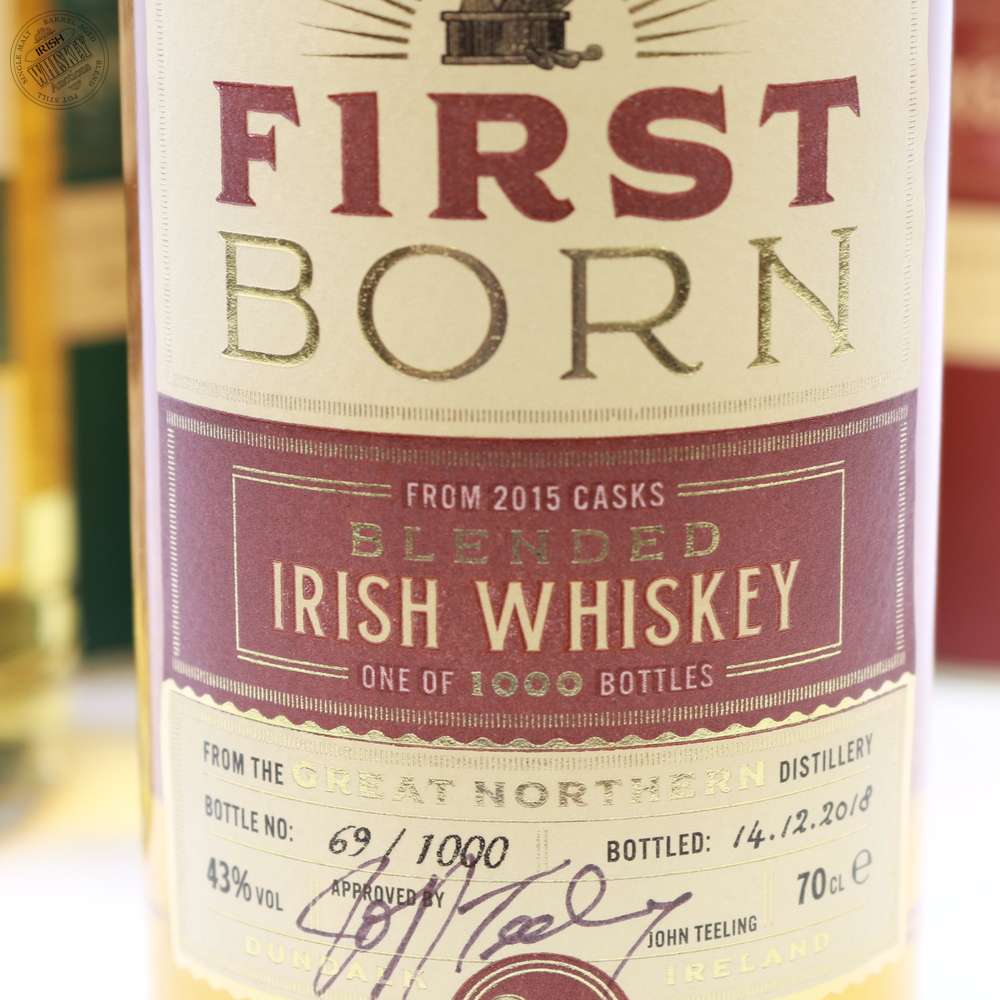 A fantastic matching and complete set of the First Born, unlike many other First Born trio's this set, has matching bottle numbers.

All bottles in the set are bottle number 069, all bottles are in great condition.

These 3 bottles are from the very first casks laid down by the new Great Northern distillery which has Mr John Teeling at the Helm.

The Distillery operates two distinctive distilleries pot stills and columns that produce a diverse range of Irish whiskey spirits including grain, triple malt, double malt, peated malt, and pot still whiskey. The distillery has a current capacity of 16 million litres of spirit with an opportunity to expand production. The Great Northern Distillery is a private company owned by the Teeling Family, Jim Finn, and David Hynes who between them established the Cooley Distillery and rebuilt the Kilbeggan Distillery before selling them in 2012.