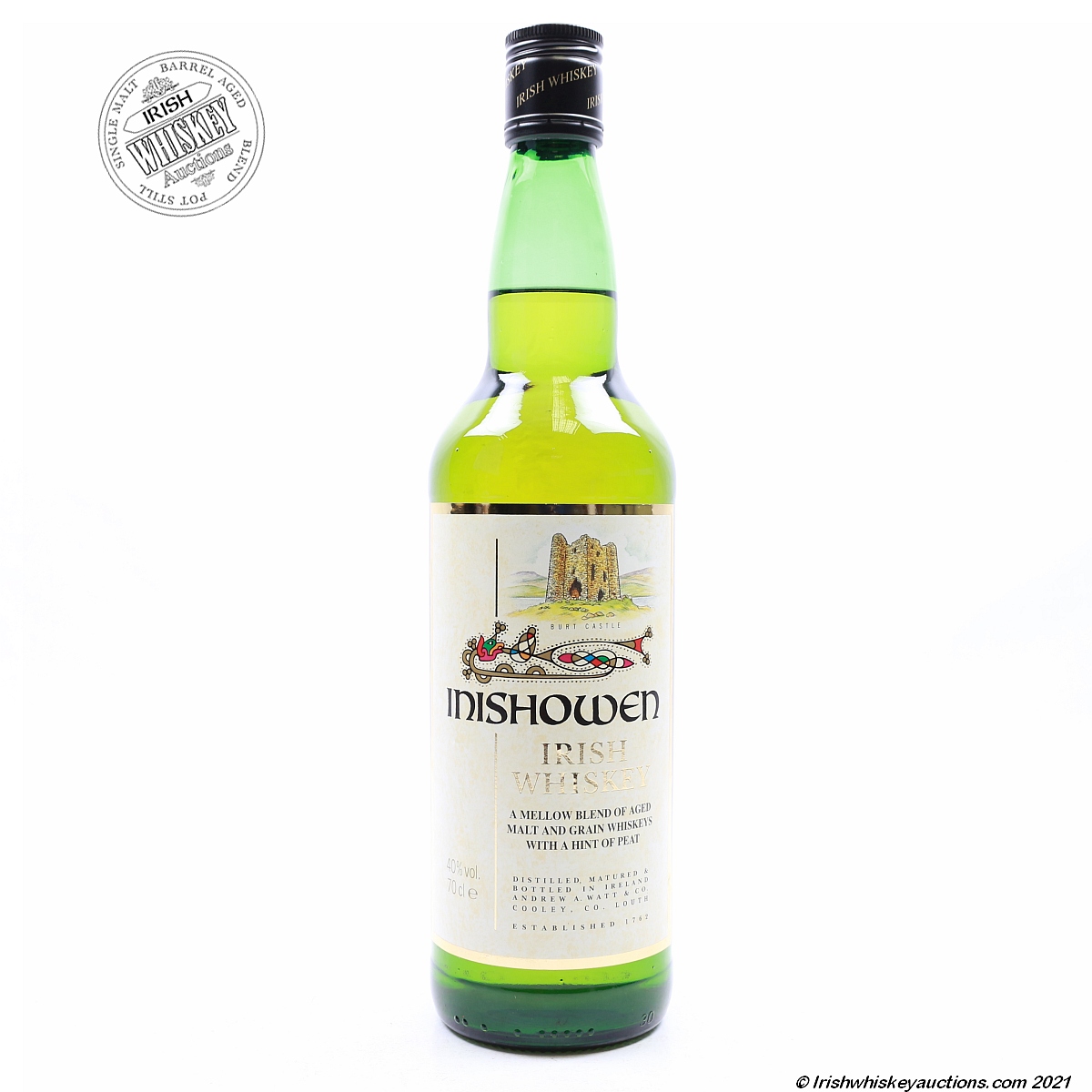 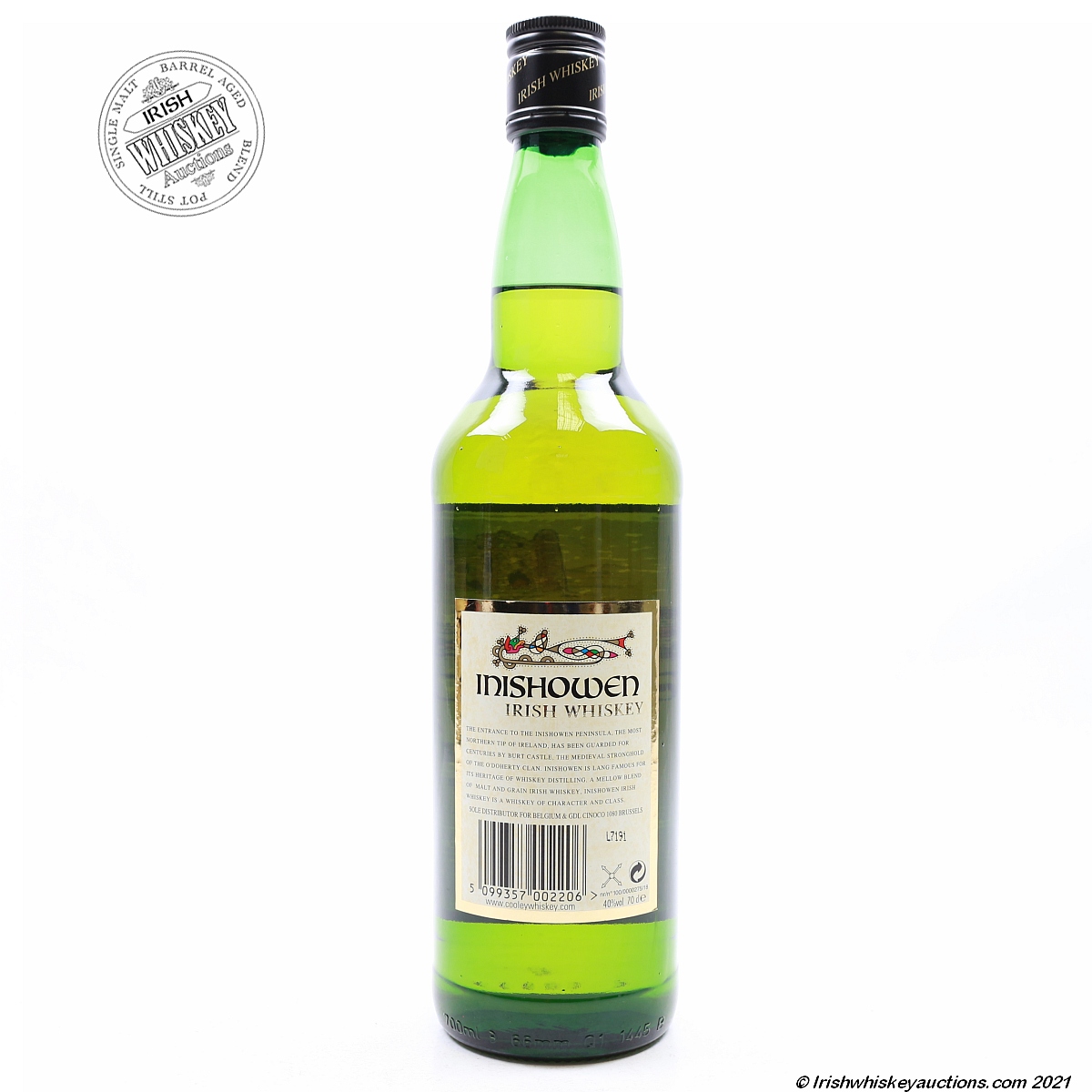 Inishowen Irish Whiskey, is a Blended Irish Whiskey that was once distilled at the Andrew A. Watt & Co. Distillery in Derry, Northern Ireland, but after the distillery was closed in 1925 the Cooley Distillery Company took over ownership in 1988.

Inishowen is Ireland's only peated blended whiskey, containing a blend of aged malt and grain whiskeys. Inishowen is the name of the Northern Peninsula, located in Donegal.

This Whiskey has now been discontinued.