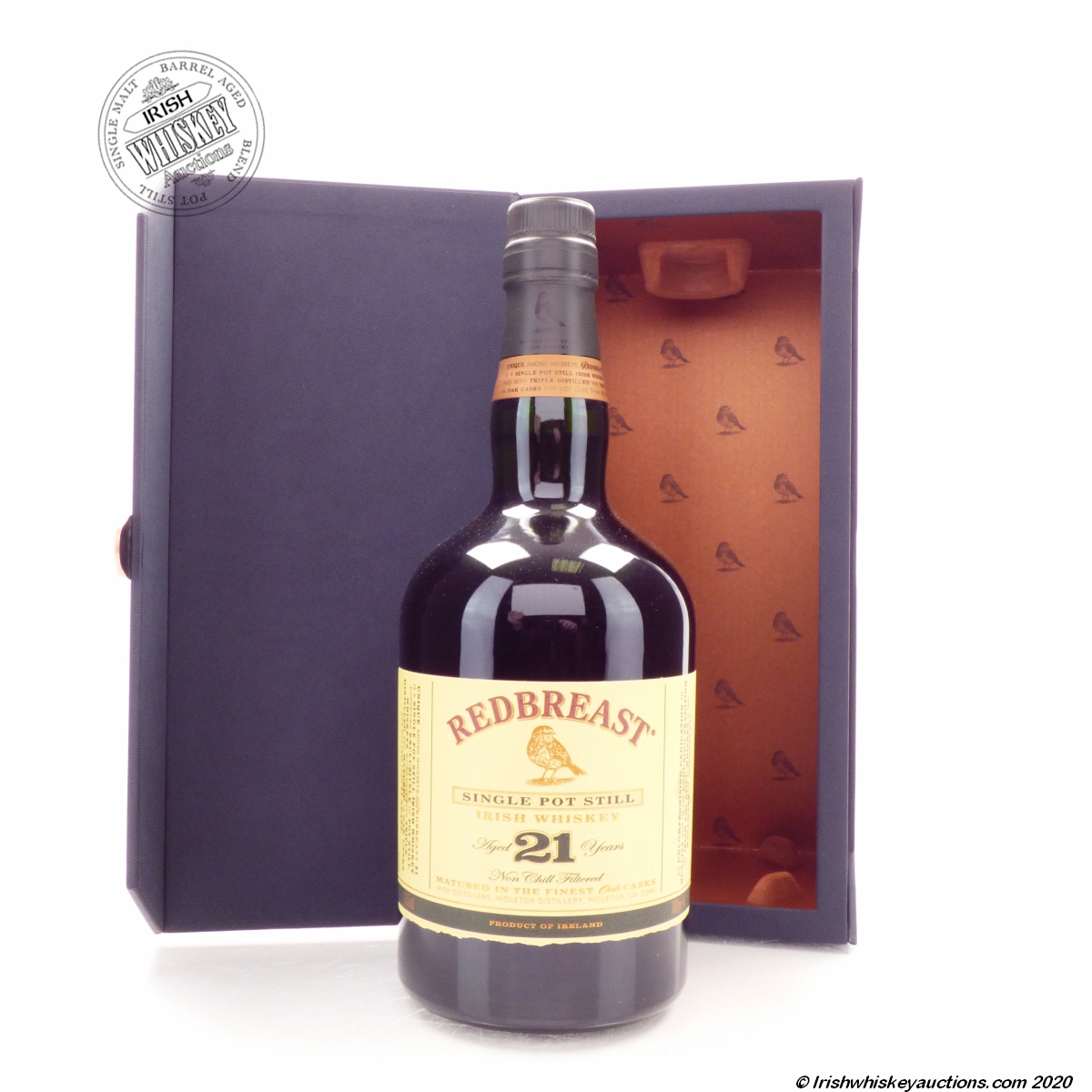 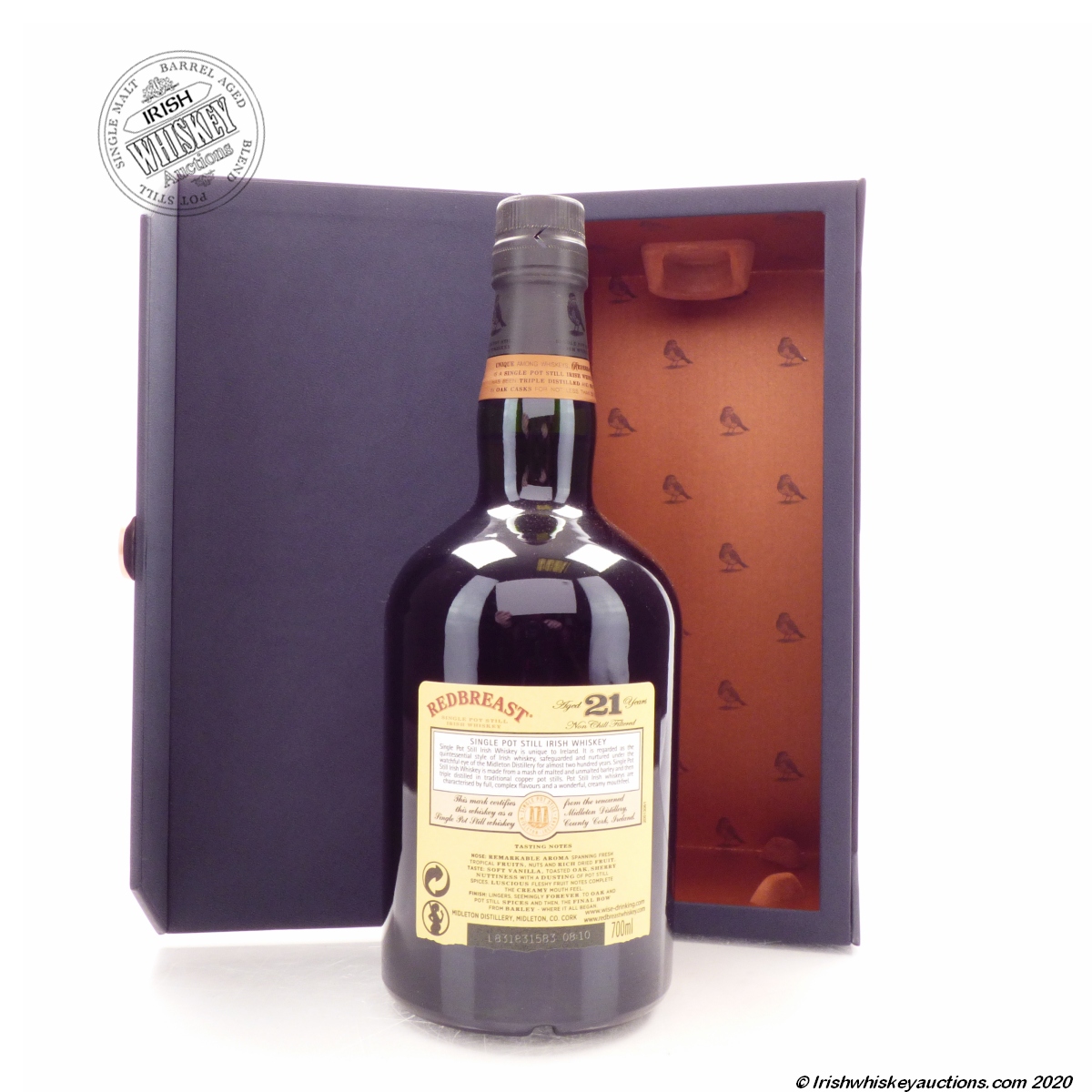 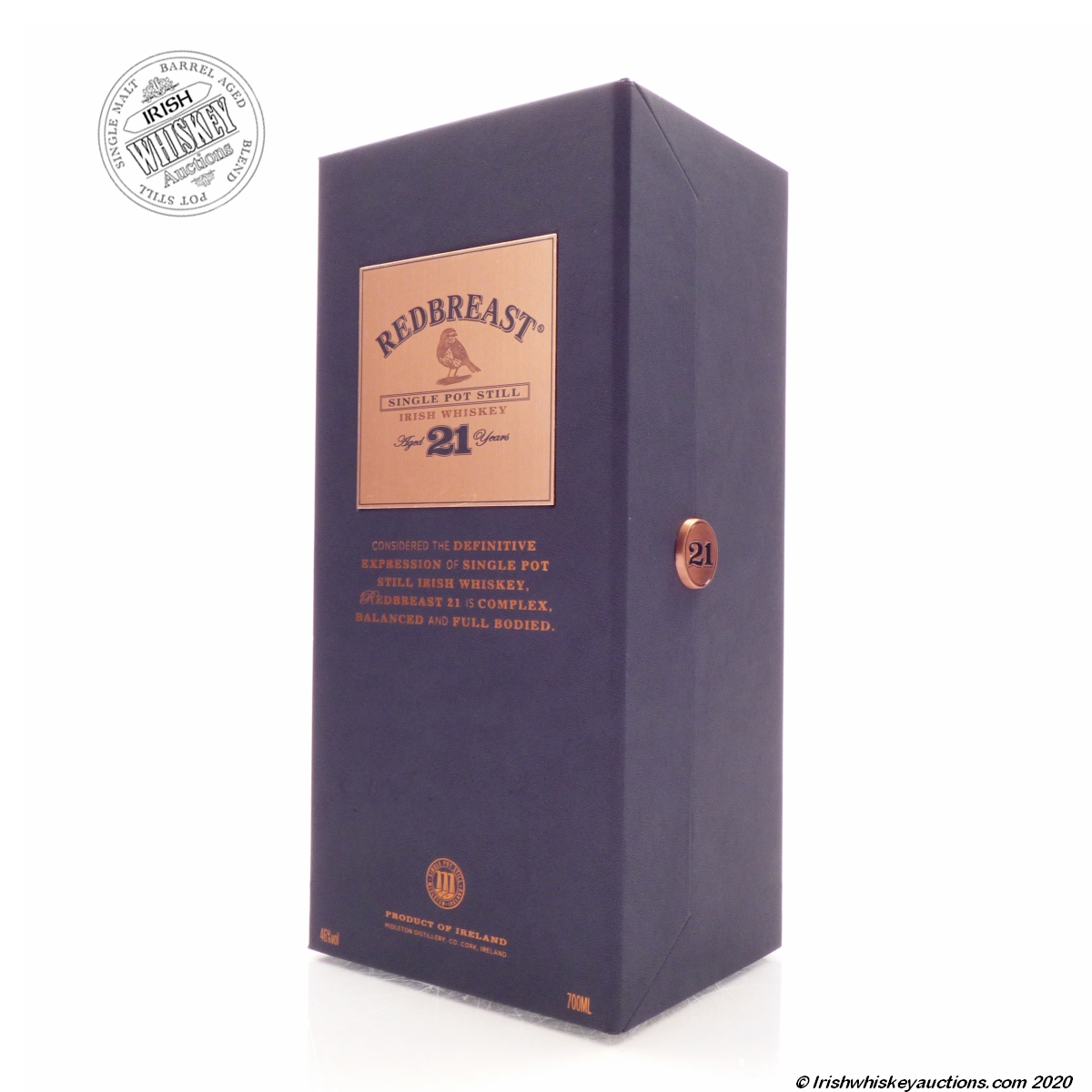 One of the most popular Irish whiskeys on the market.

Redbreast 21 year old  is produced by Jameson and is a combination of bourbon casks and first-fill Oloroso casks.

Jim Murray awarded  this bottle Second best whiskey in the world and Irish Whiskey of the Year in Jim Murray's Whisky Bible 2017. With a whooping 97 points.

In near perfect condition.