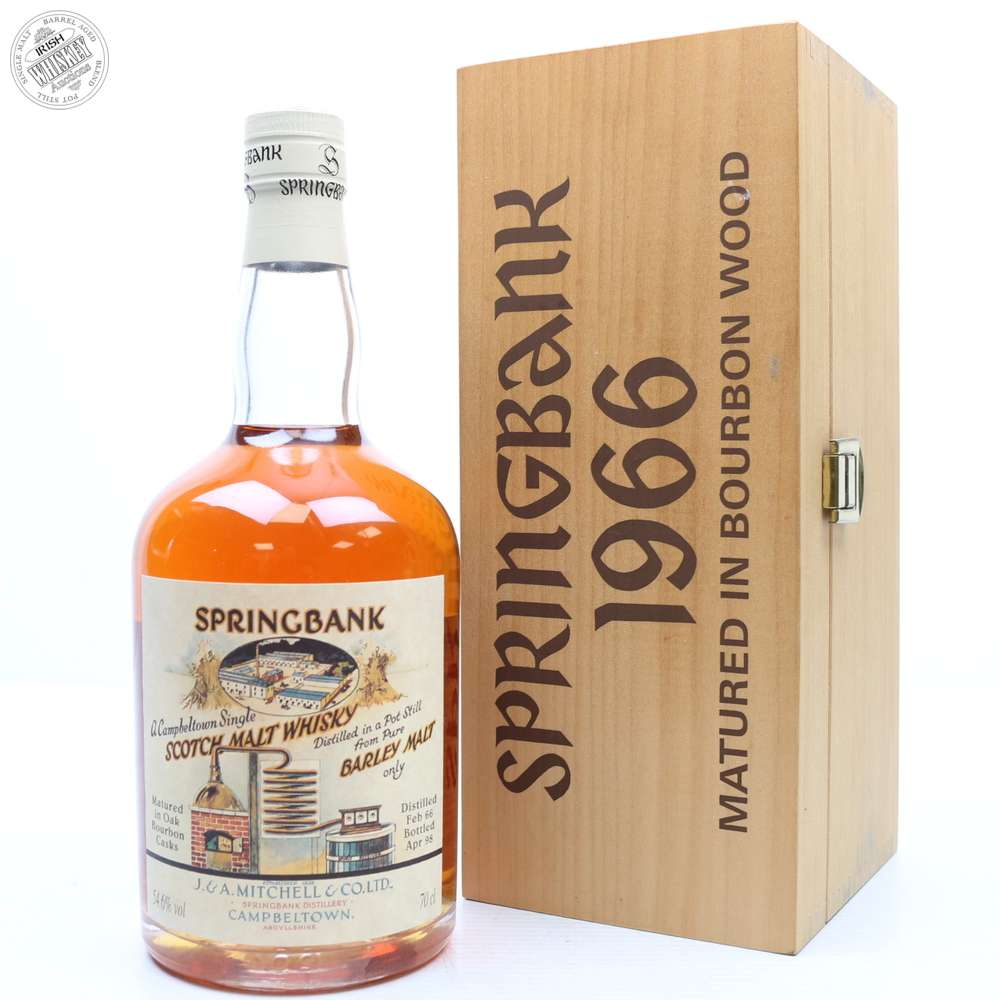 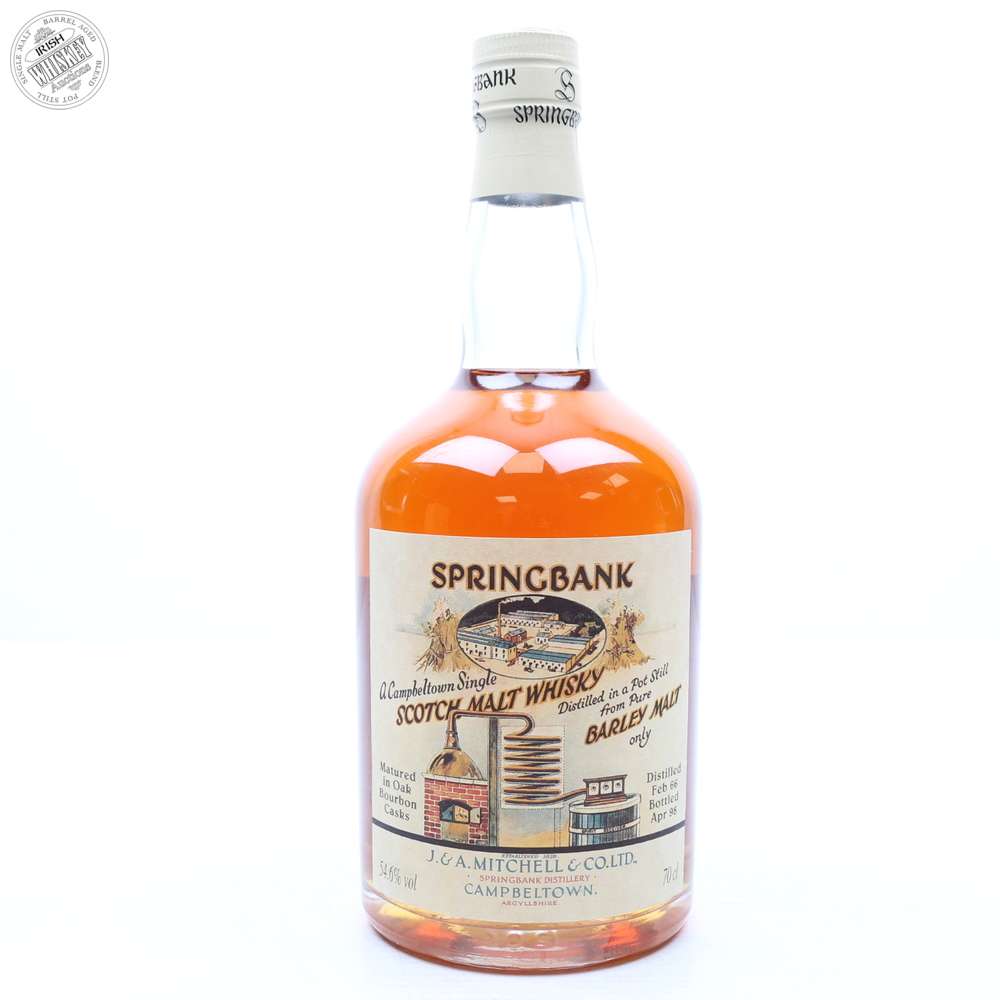 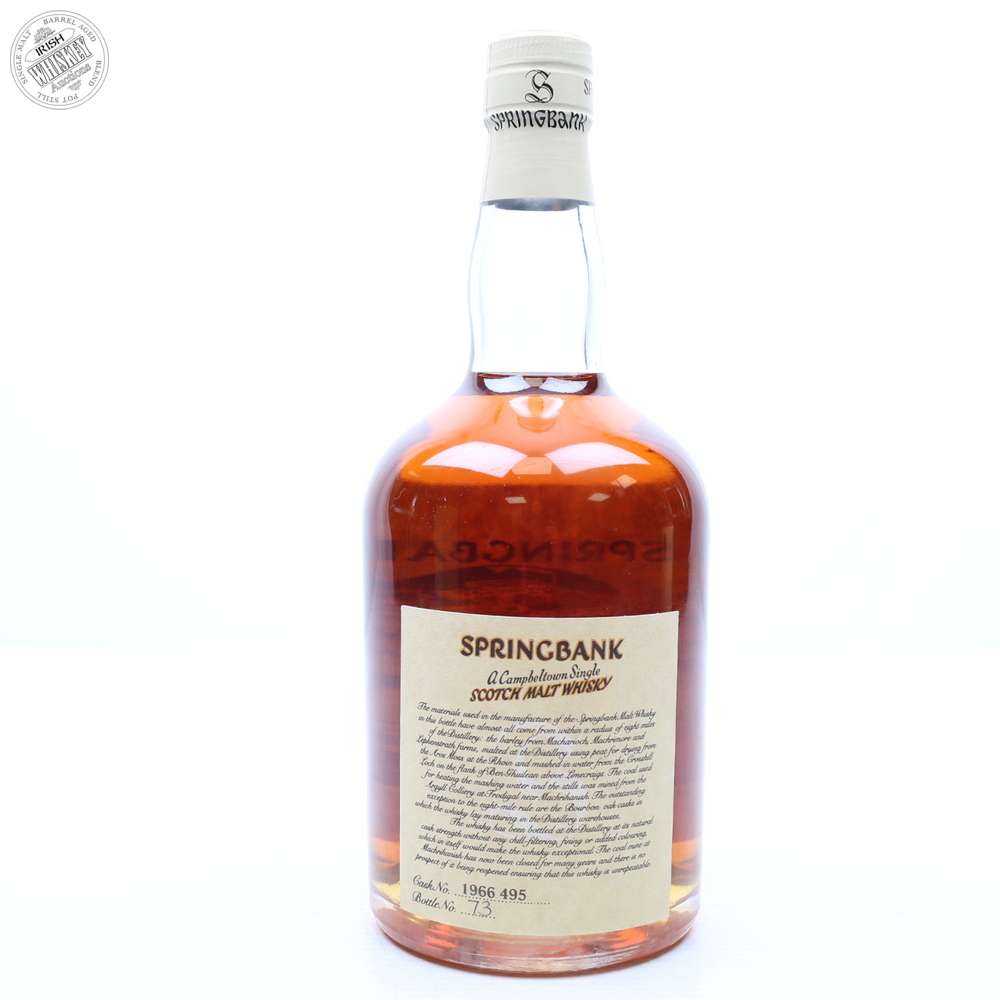 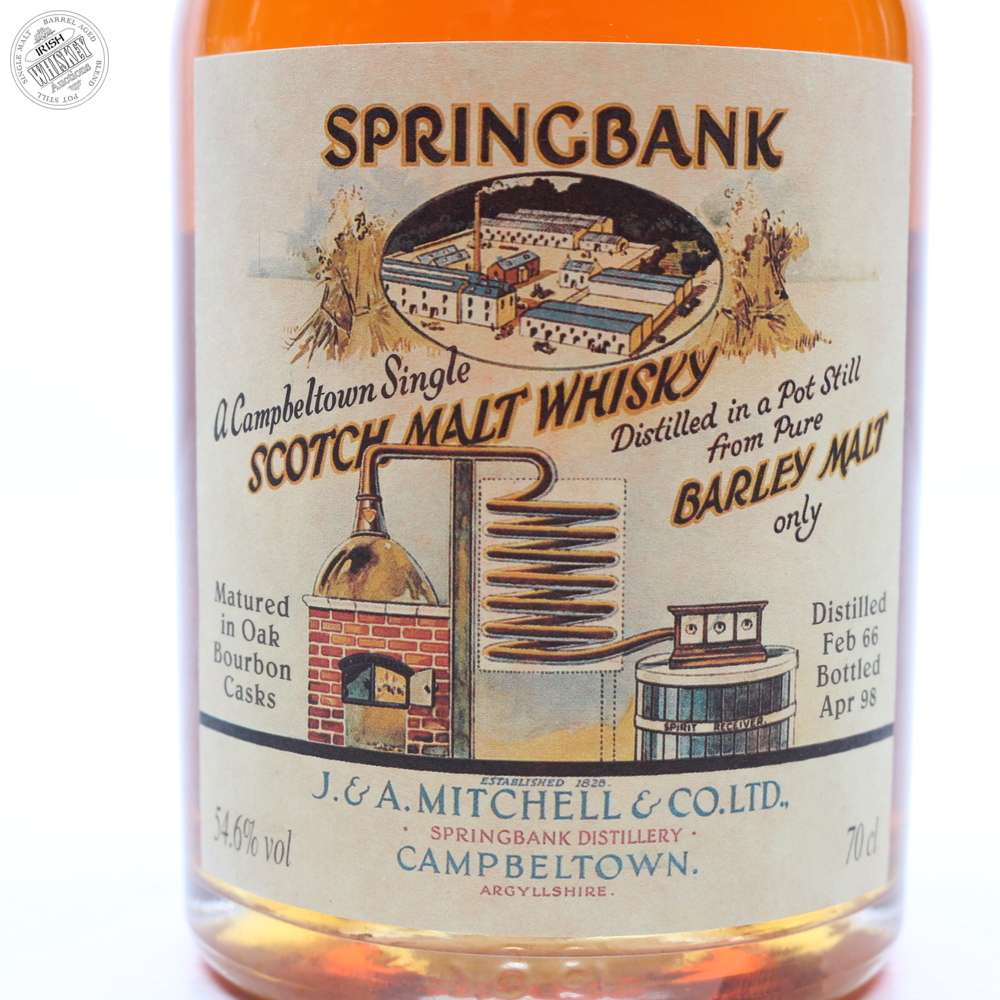 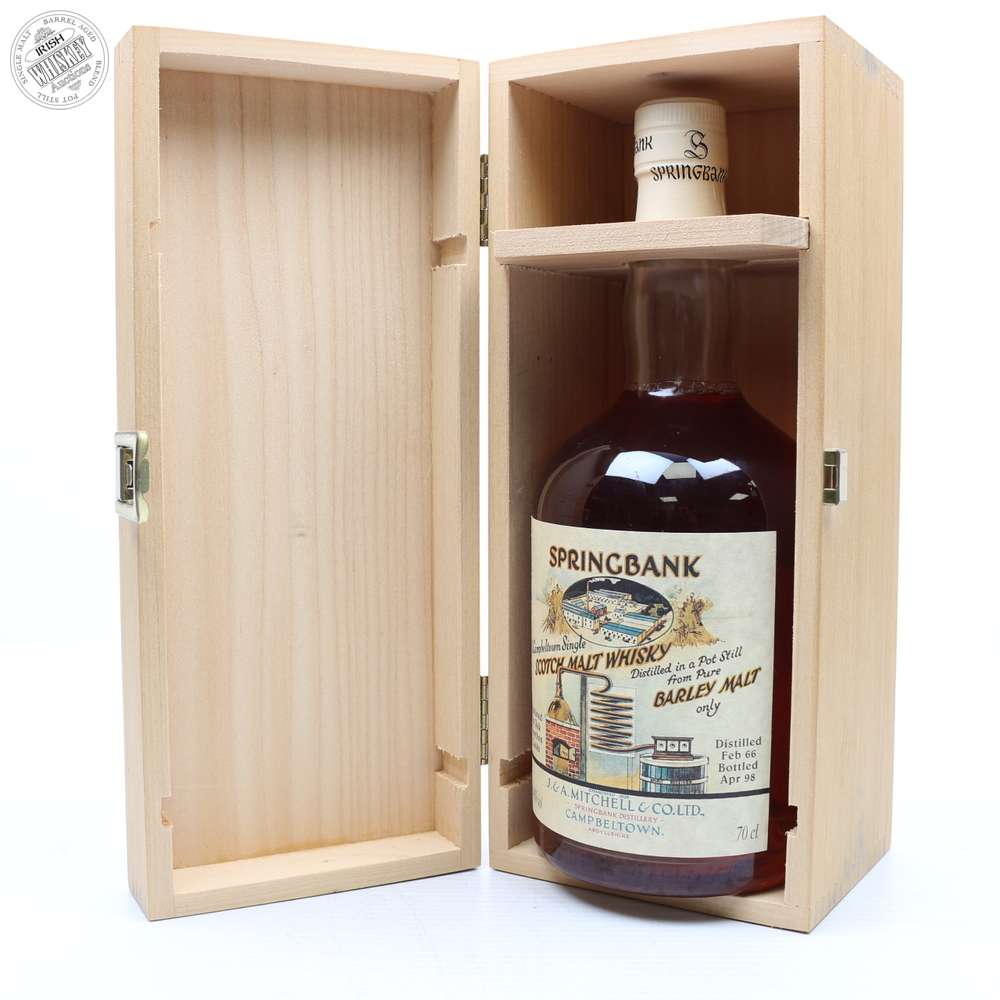 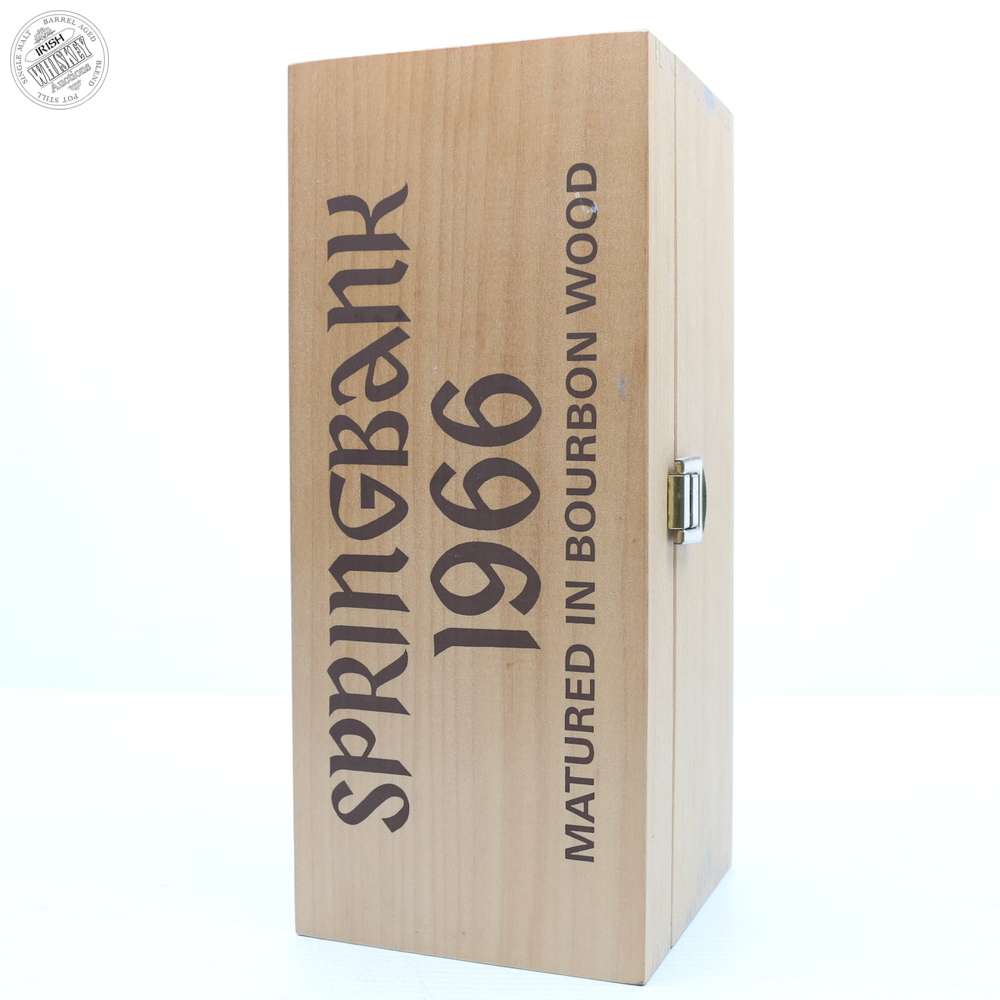 A nice rare Springbank from the 'Local Barley' series, the materials used in the manufacture of the whisky in this bottle has almost all come from within a radius of 8 miles of the distillery.

Distilled in February 1966 in a Pot Still from pure barley and matured in oak Bourbon casks for 32 years before being bottled in 1998.

Given the increasing popularity of the Springbank distillery, not many of these rare bottles come up for auction.