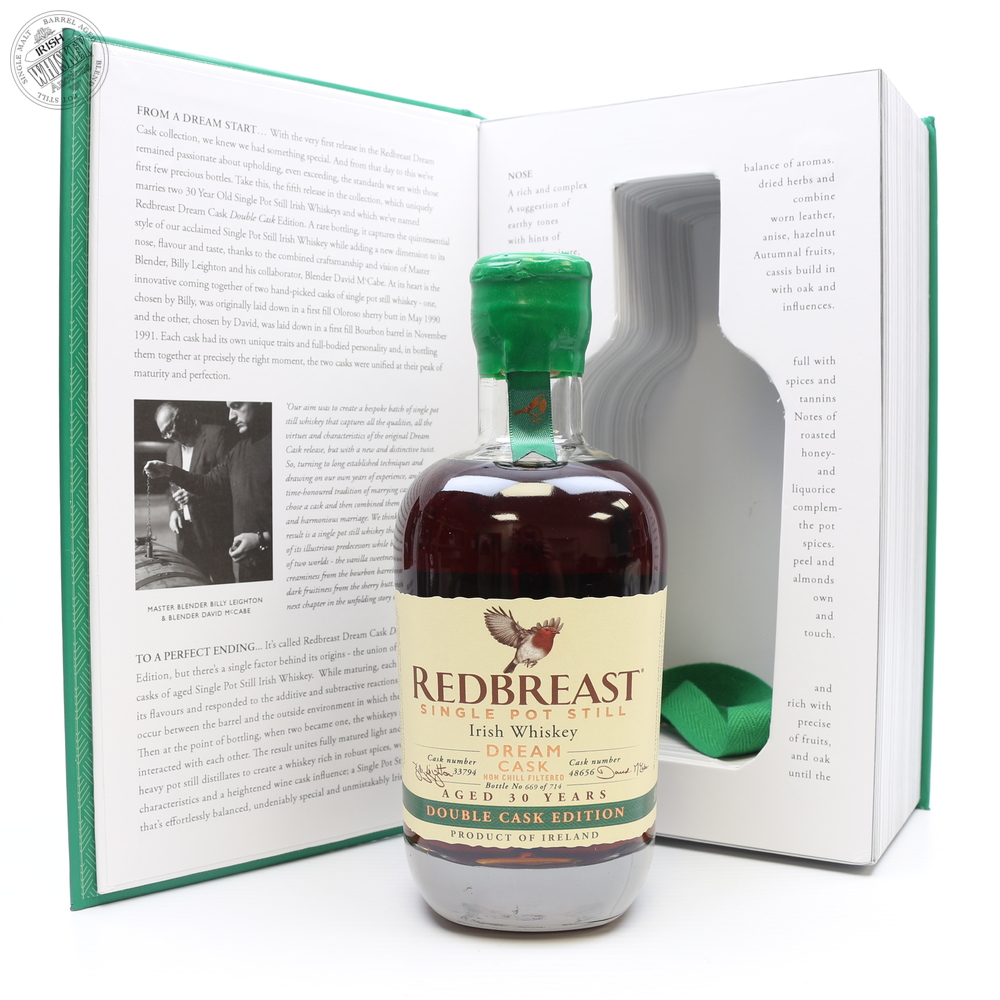 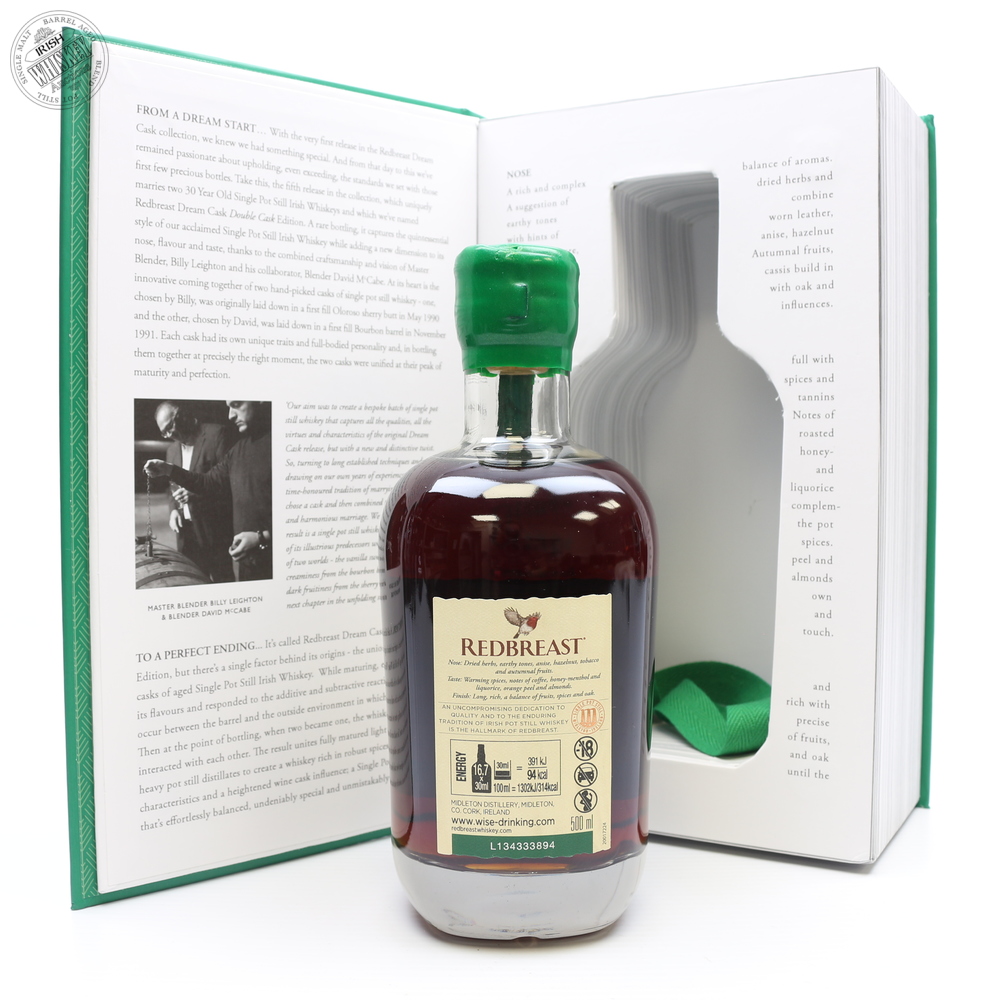 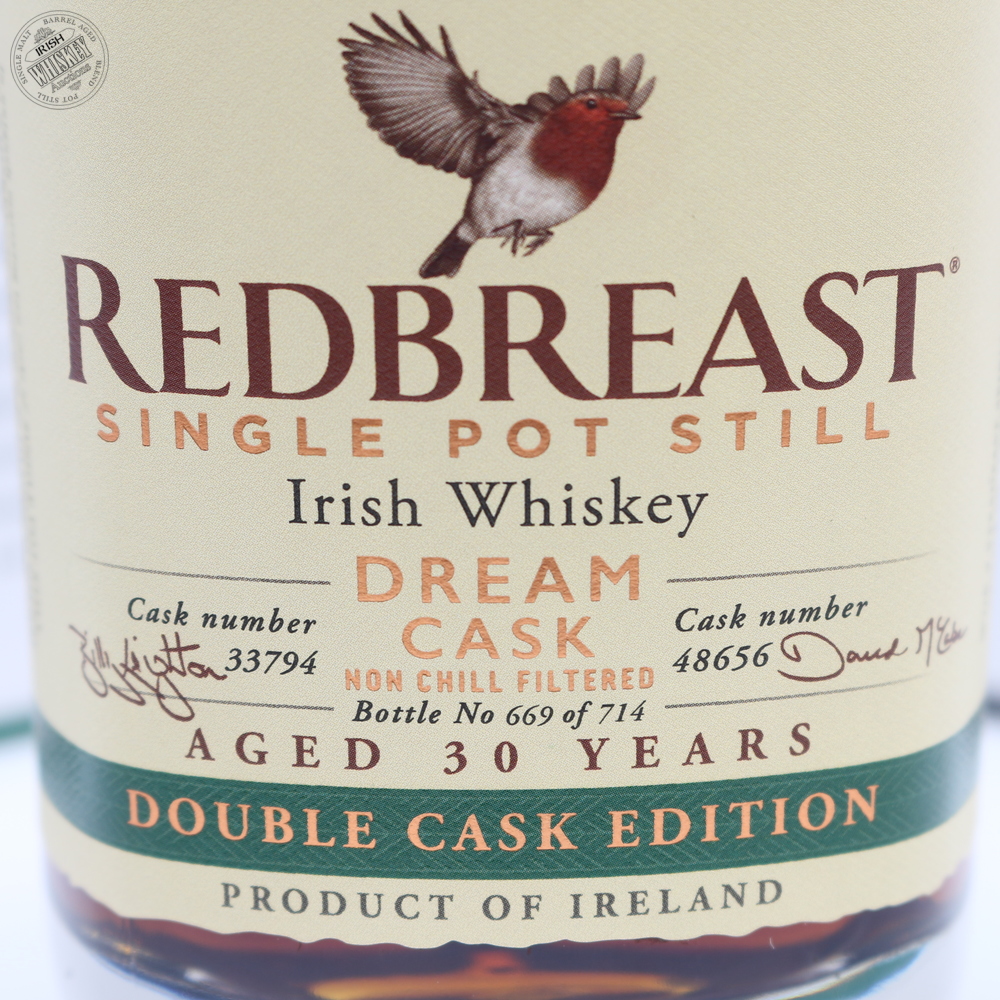 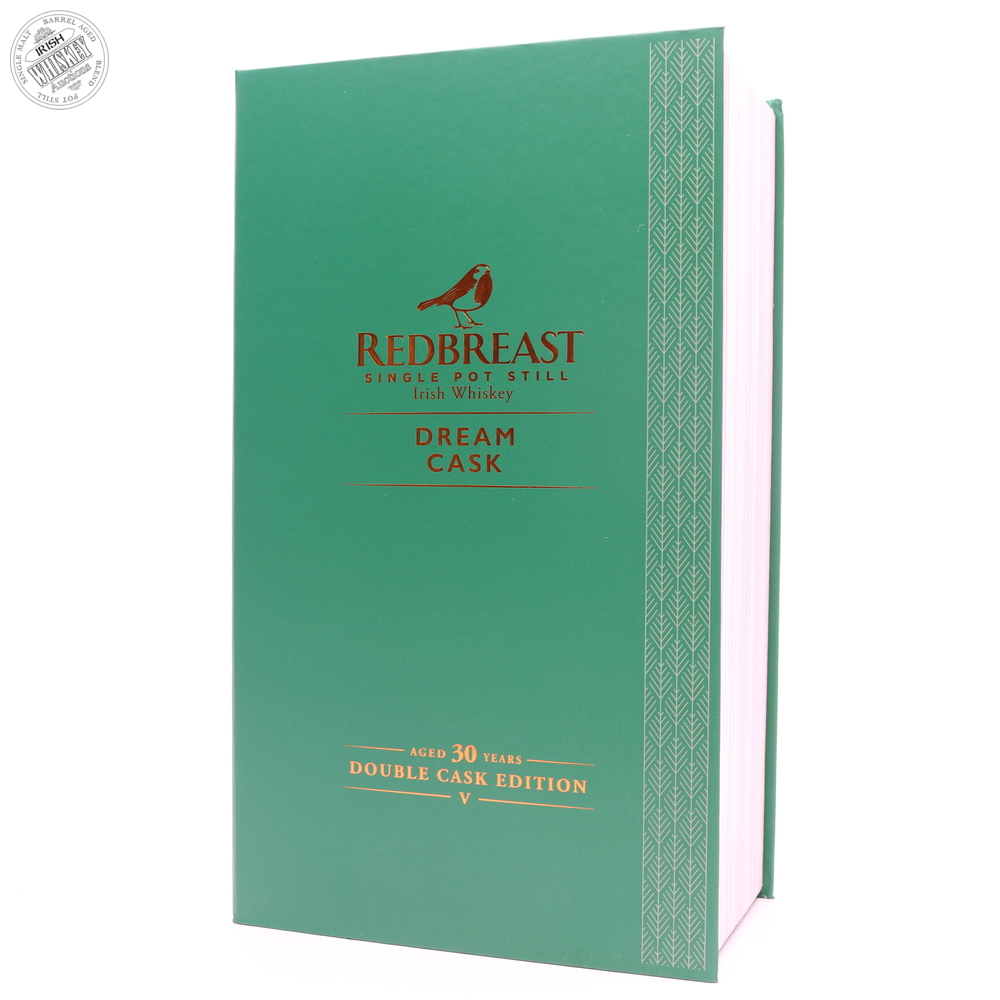 The fifth edition as part of the Dream Cask collection.

A double cask edition is a 30 year old single pot still which captures the quintessential Redbreast style while celebrating innovation and craftsmanship.

Choosing their favourite casks from Midleton inventory, the first laid down in the first fill Olorosso Sherry Butt in May 1990 and the second laid down in first-fill Bourbon barrel in November 1991.