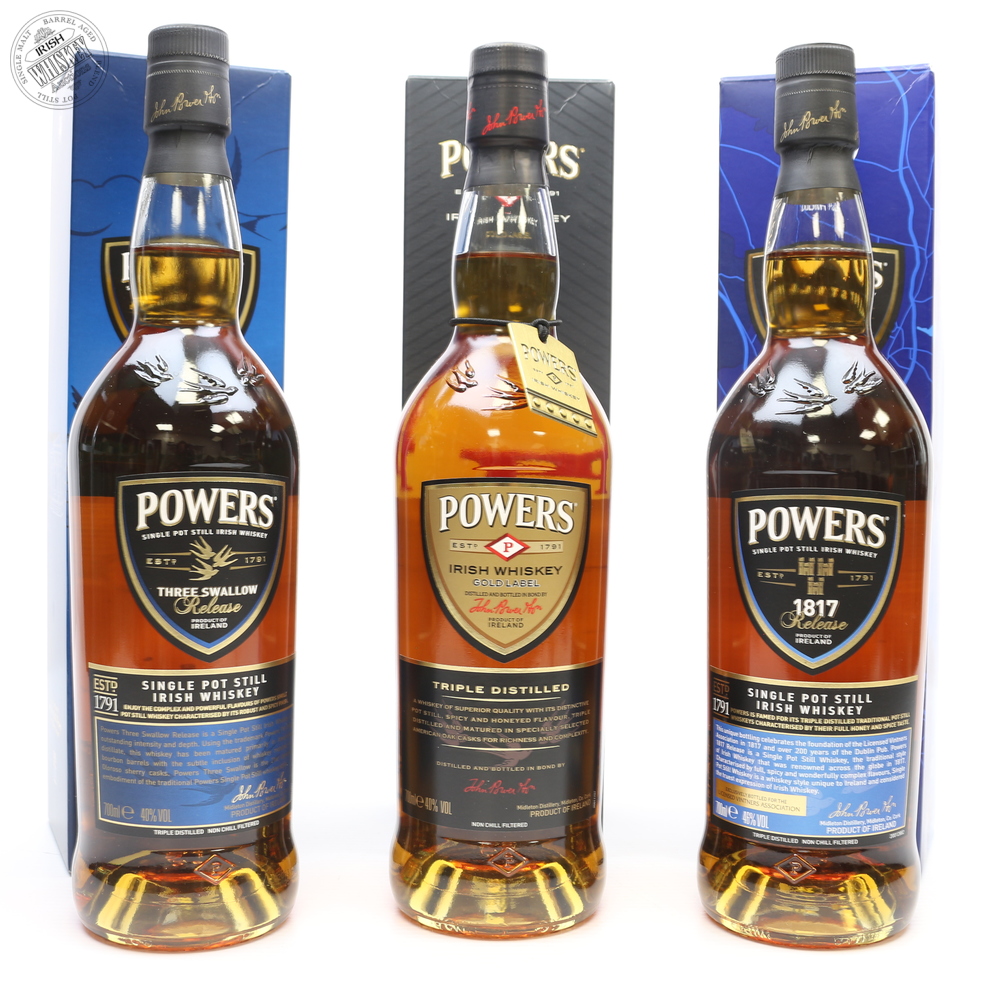 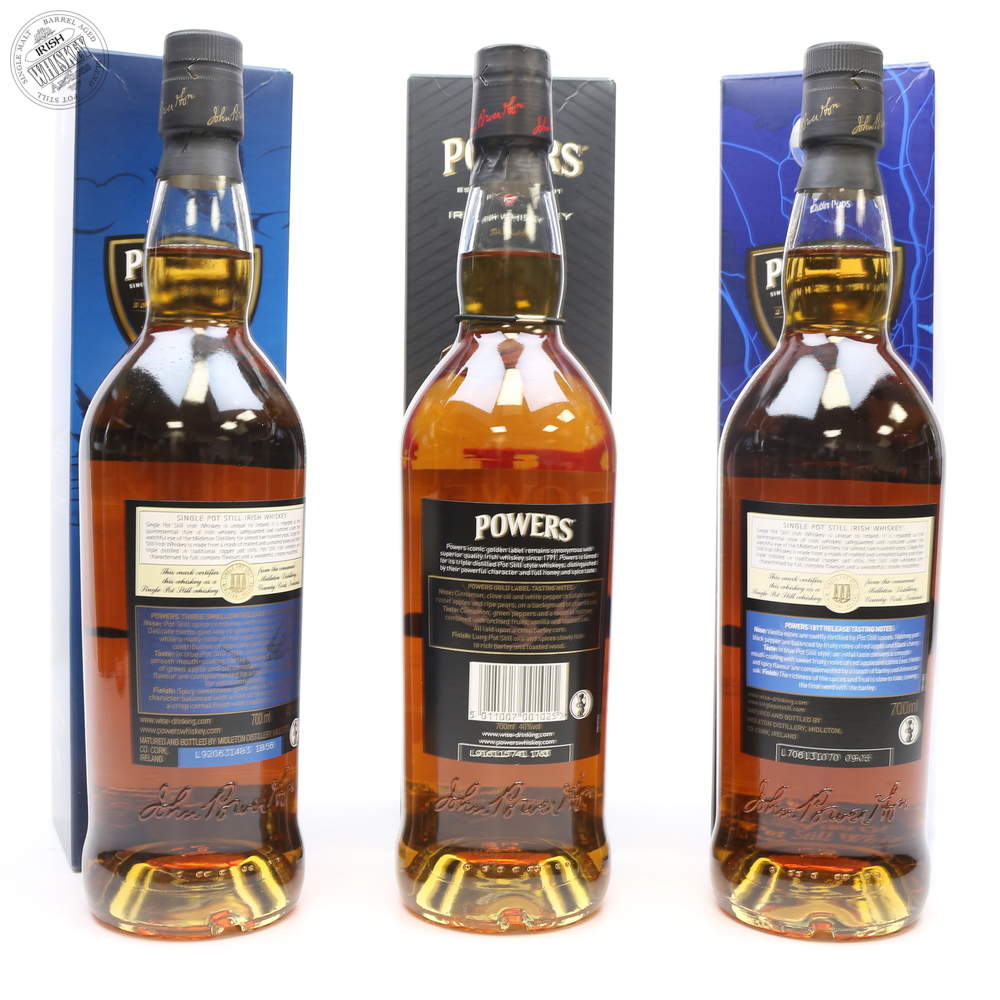 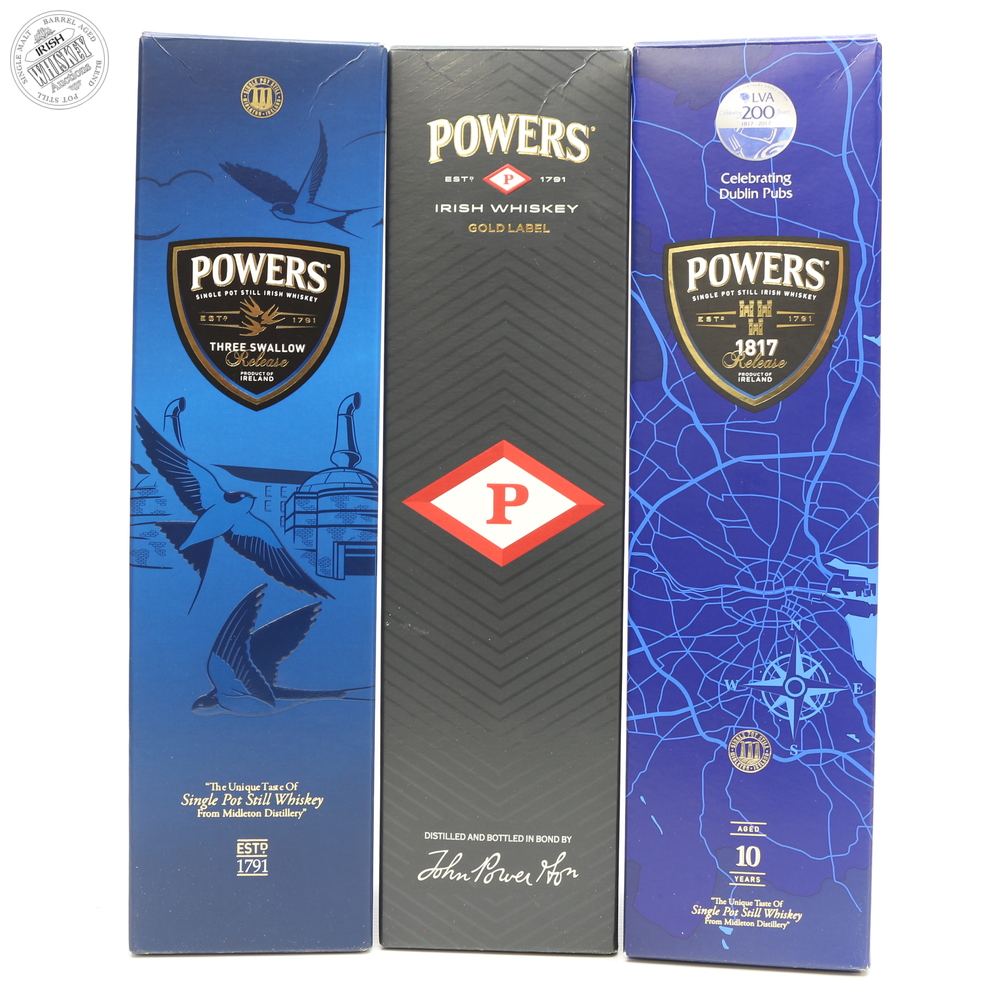 A set of 3 Powers Irish Whiskey.