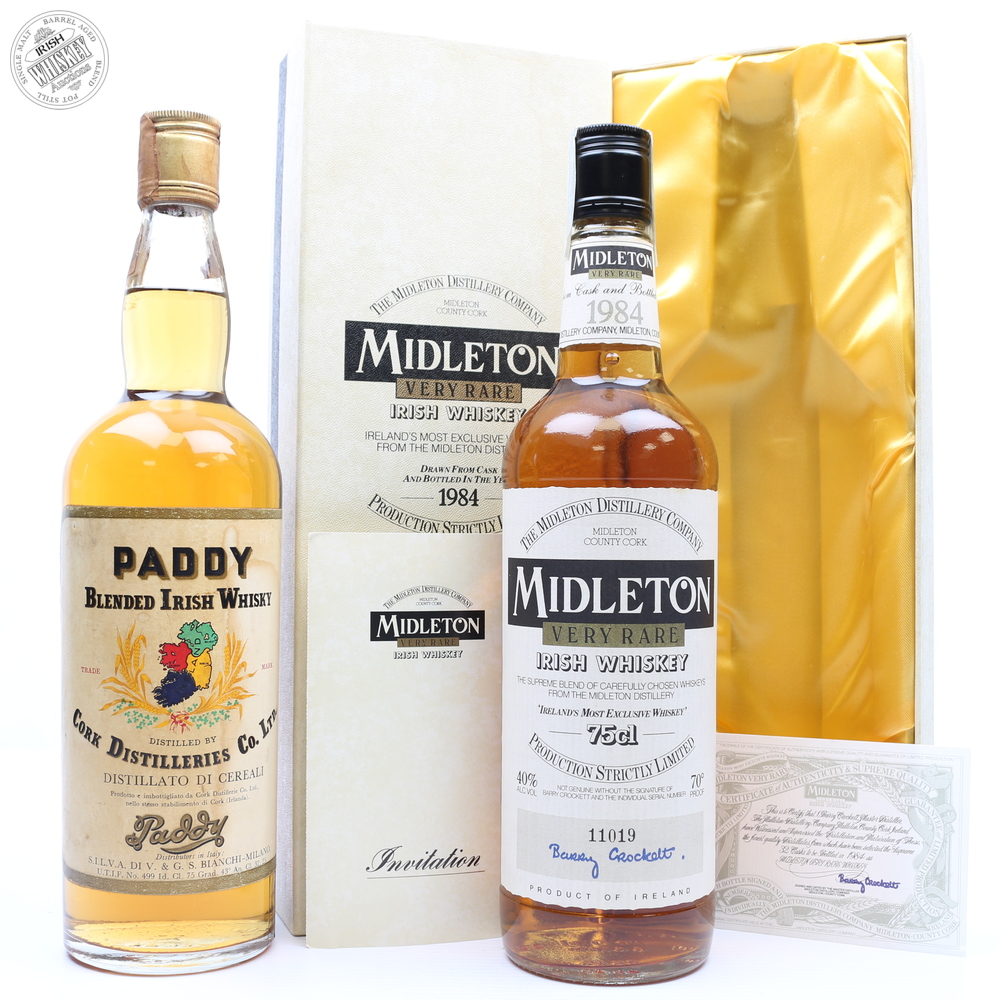 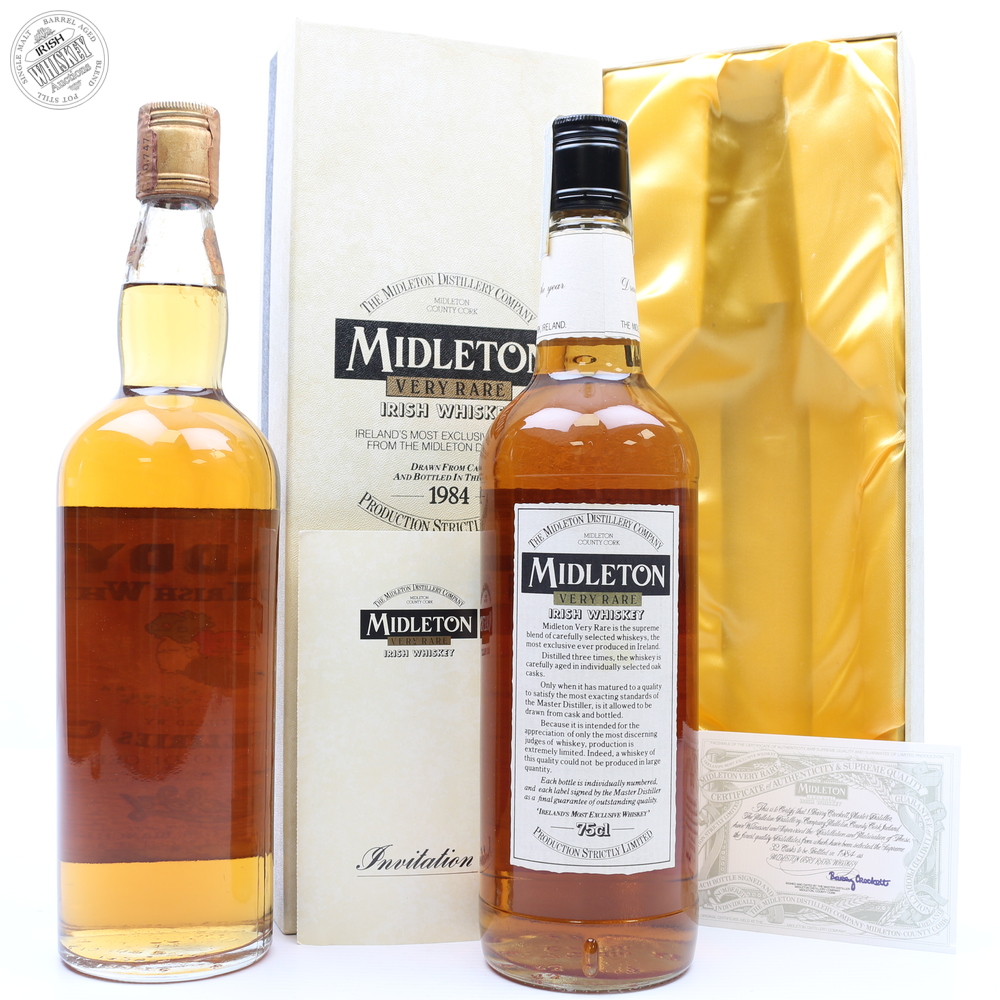 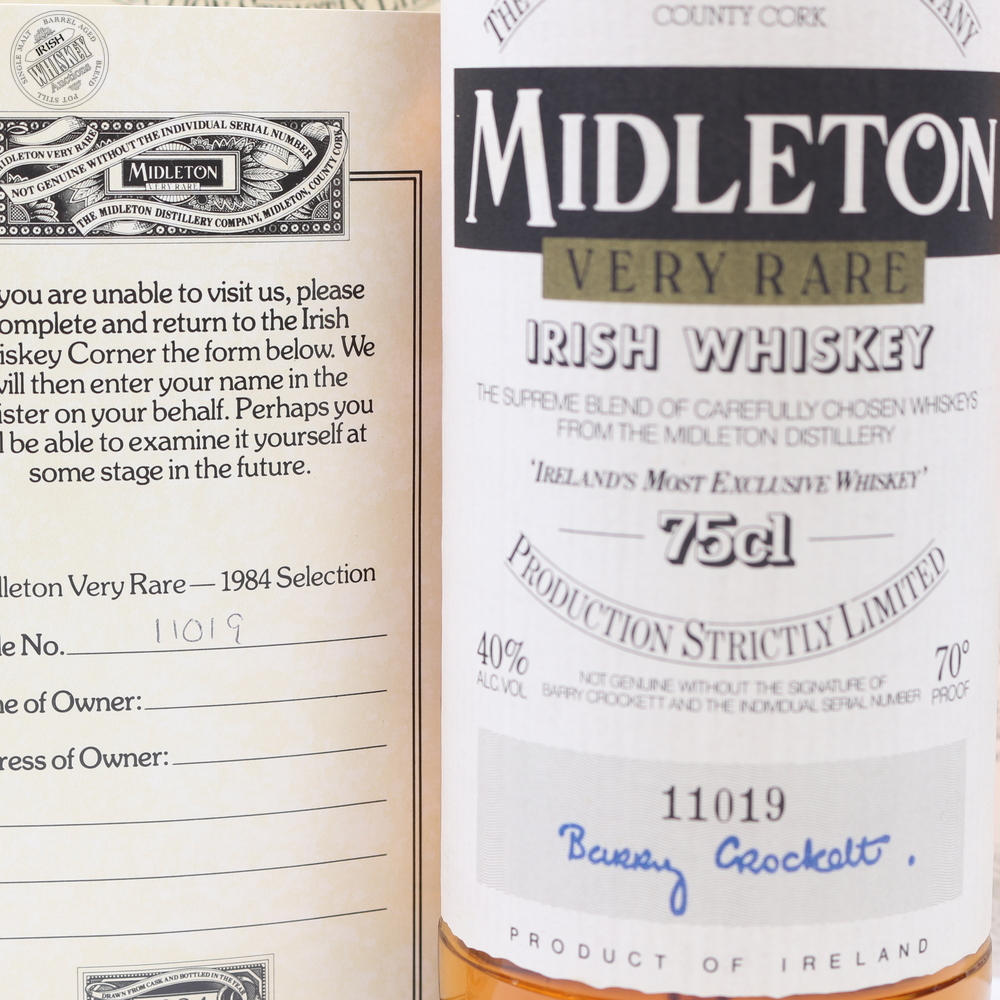 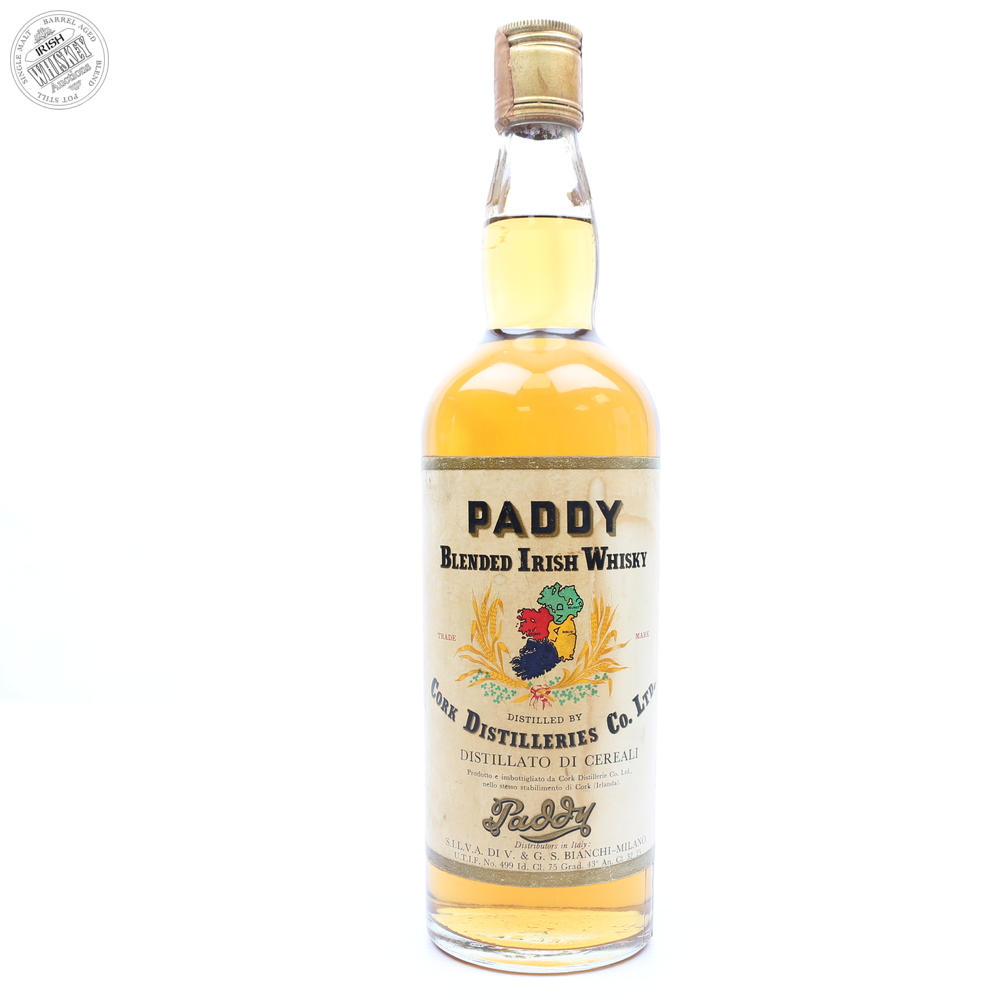 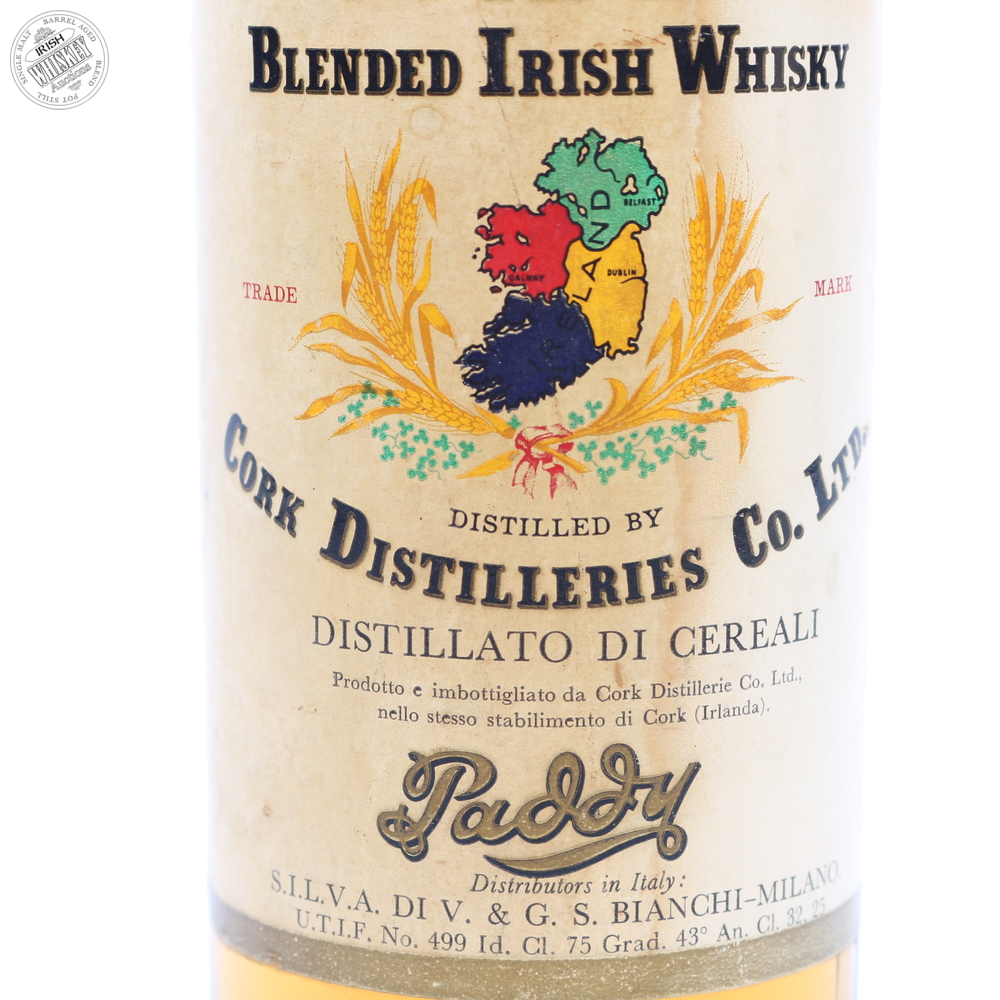 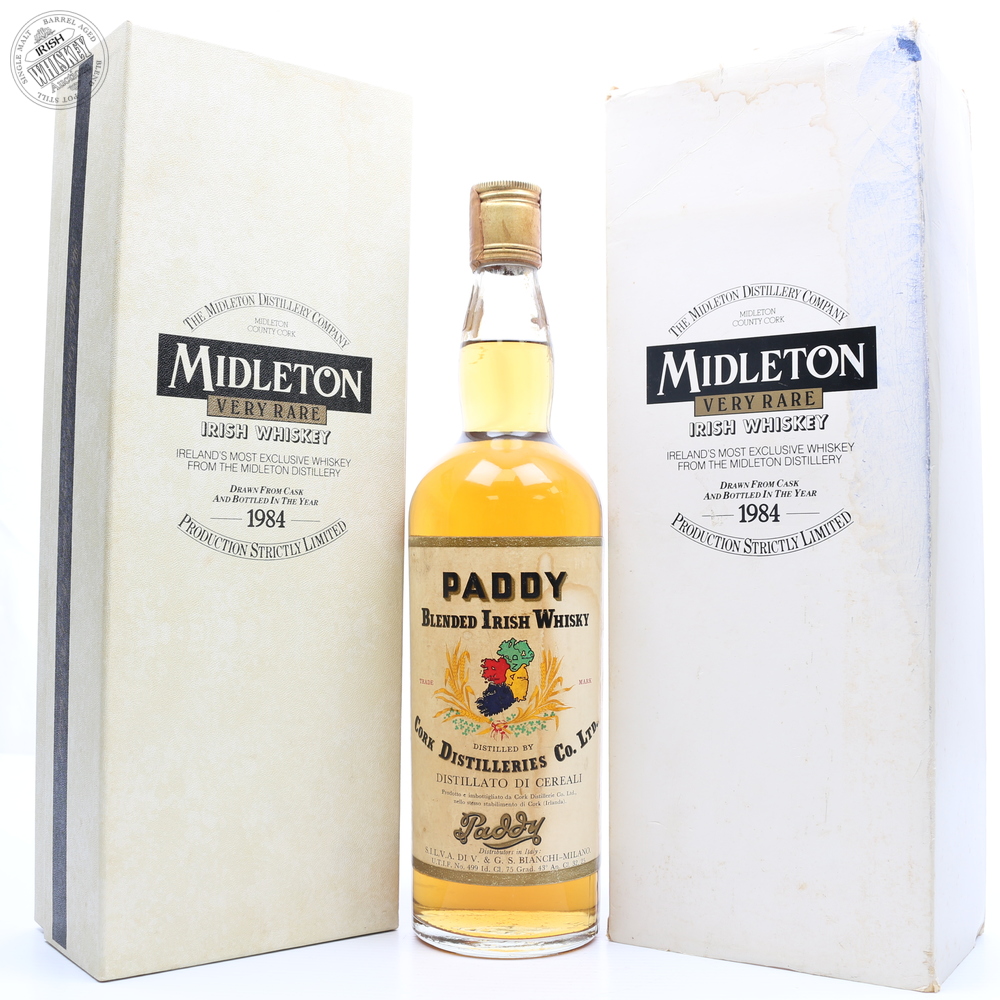 Two bottles both from the home of Irish Whiskey - Midleton

The Paddy bottle shows some signs of staining.
Midleton is in great condition, with some light blue staining to the outside sleeve.