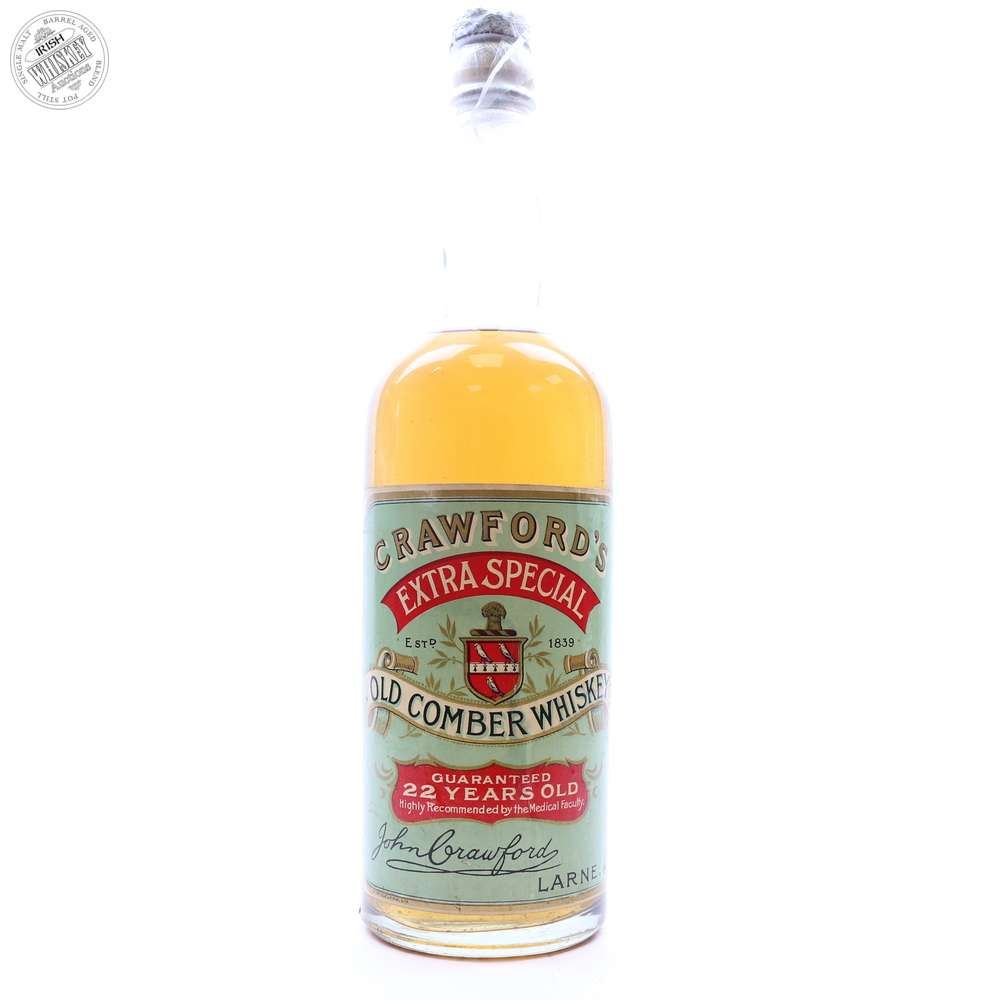 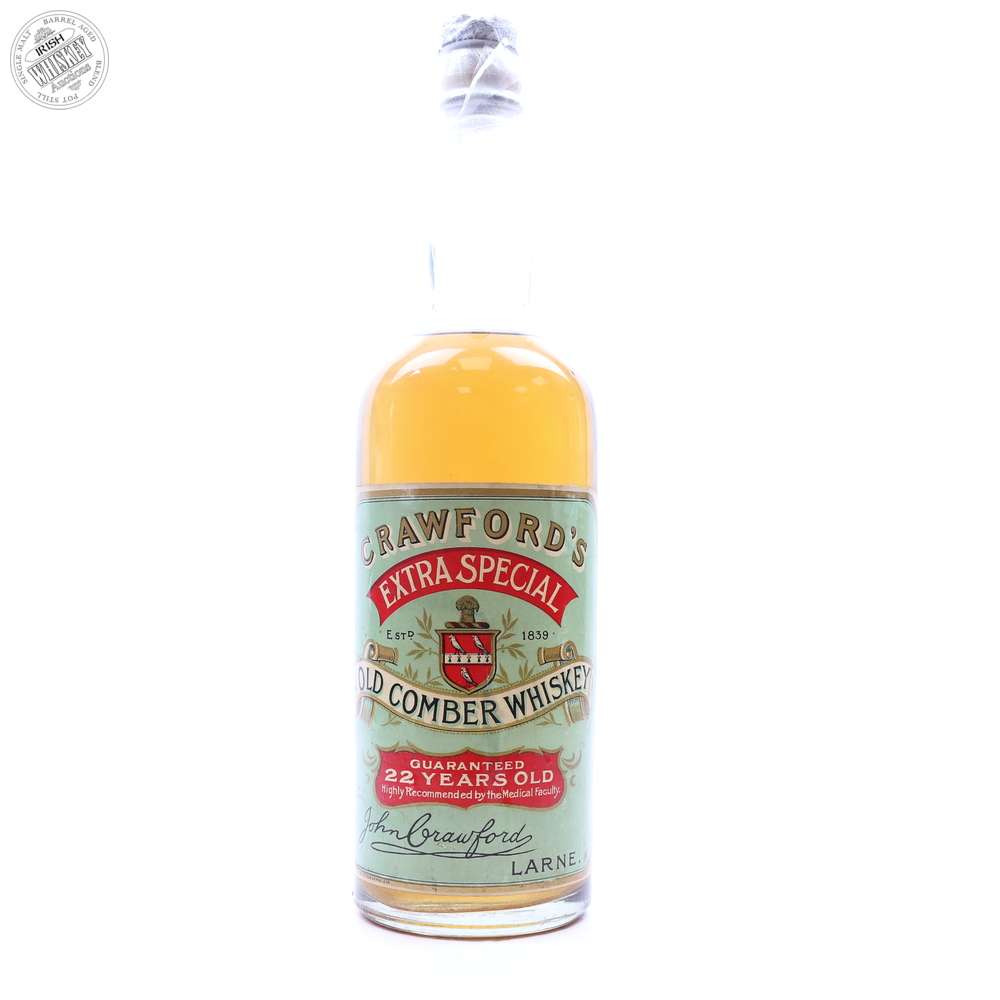 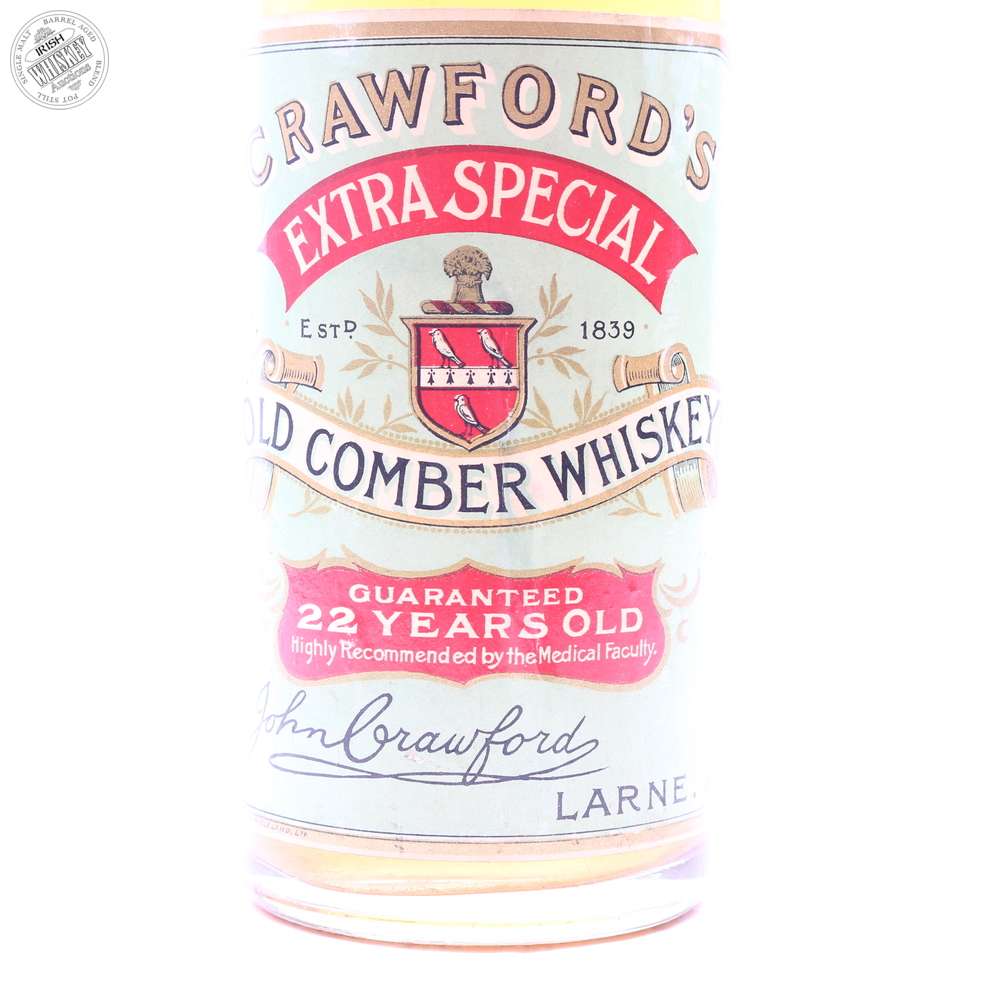 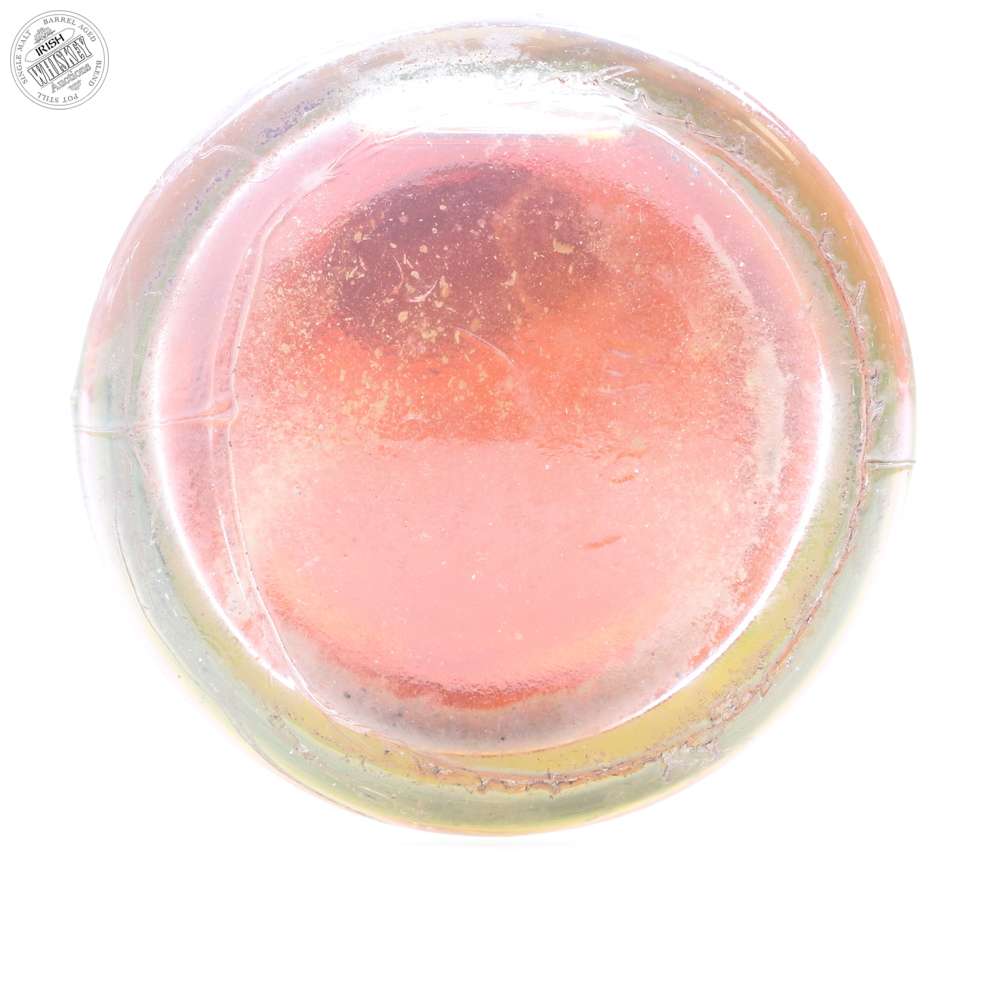 The Crawford family feature heavily in the history of Larne, they were responsible for installing a power station to bring power to the town in the 1920s.
The first town in Northern Ireland to have electricity.

Old Comber Whiskey was produced until the very early 1950s.

In 1980 a 30-year-old release under the name Old Comber Whiskey was launched to market.
John Crawford's family had owned many properties on Cross Street in Larne, much of which is destroyed and rebuilt.
A very difficult bottle to find these days.