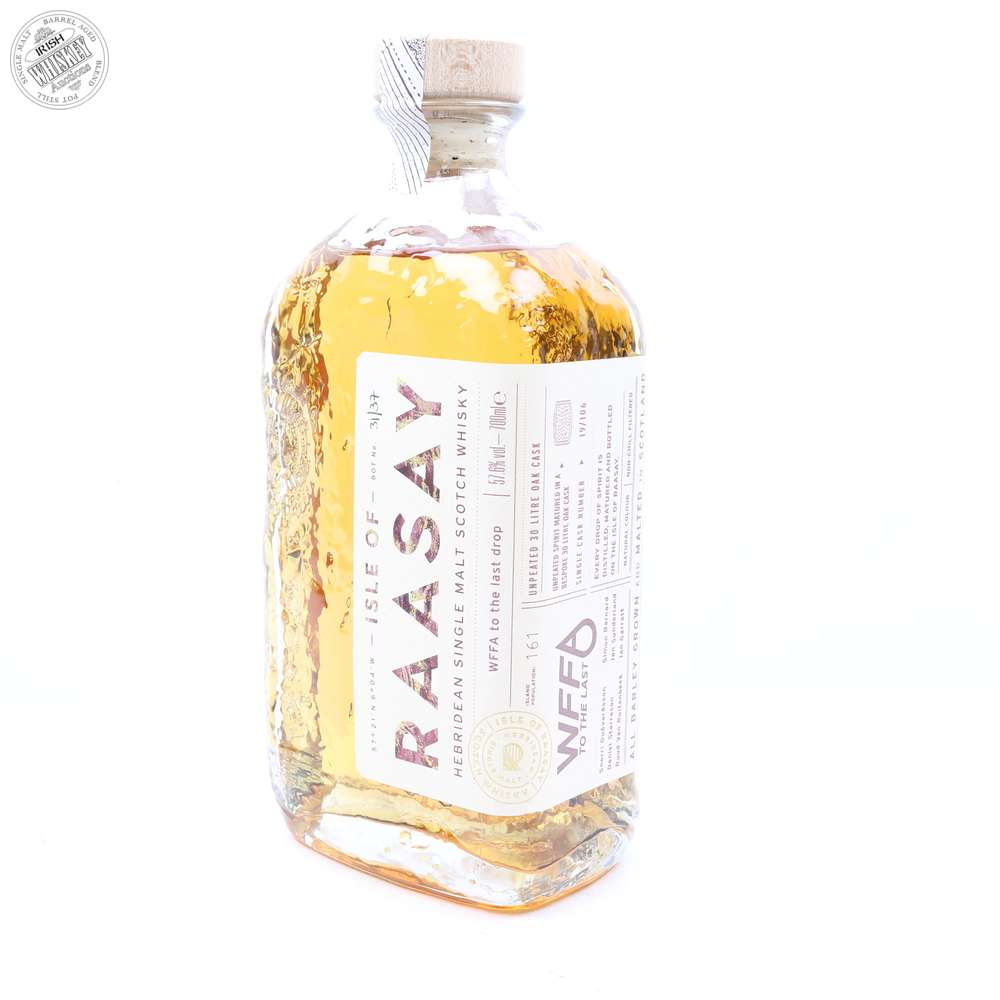 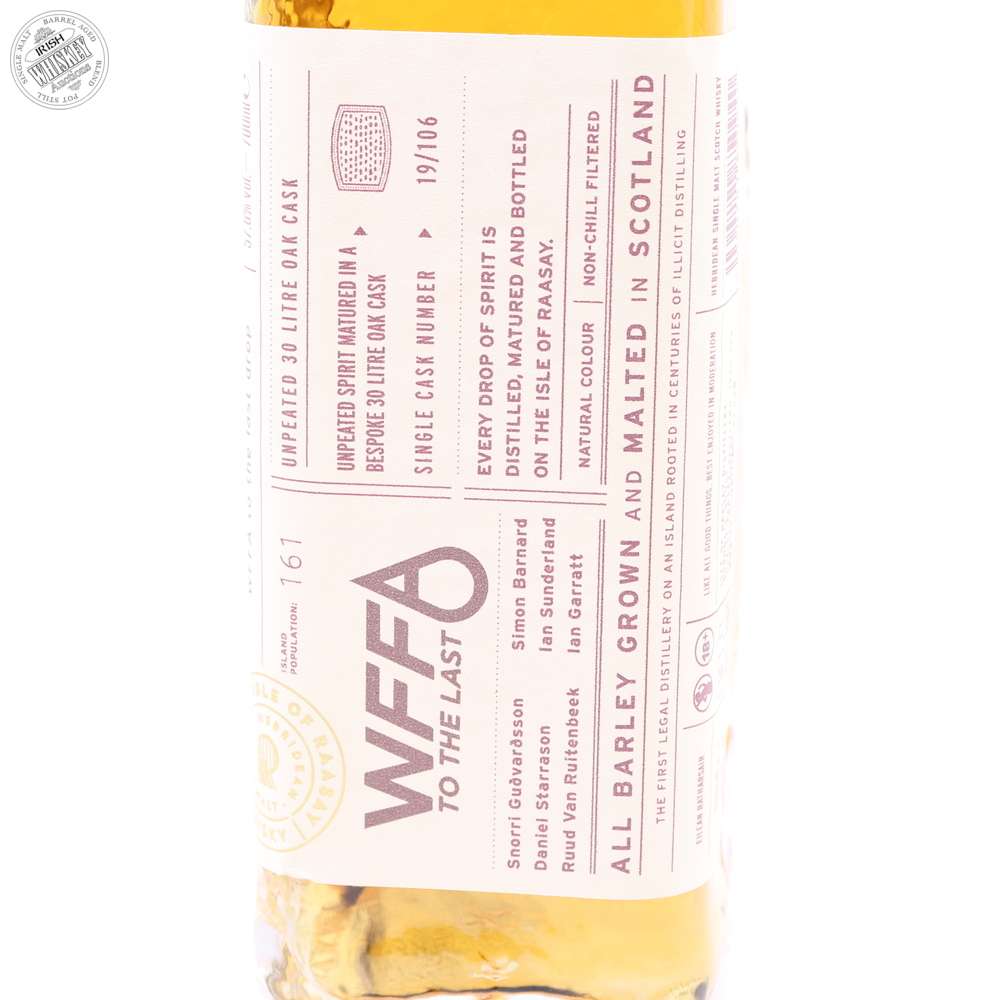 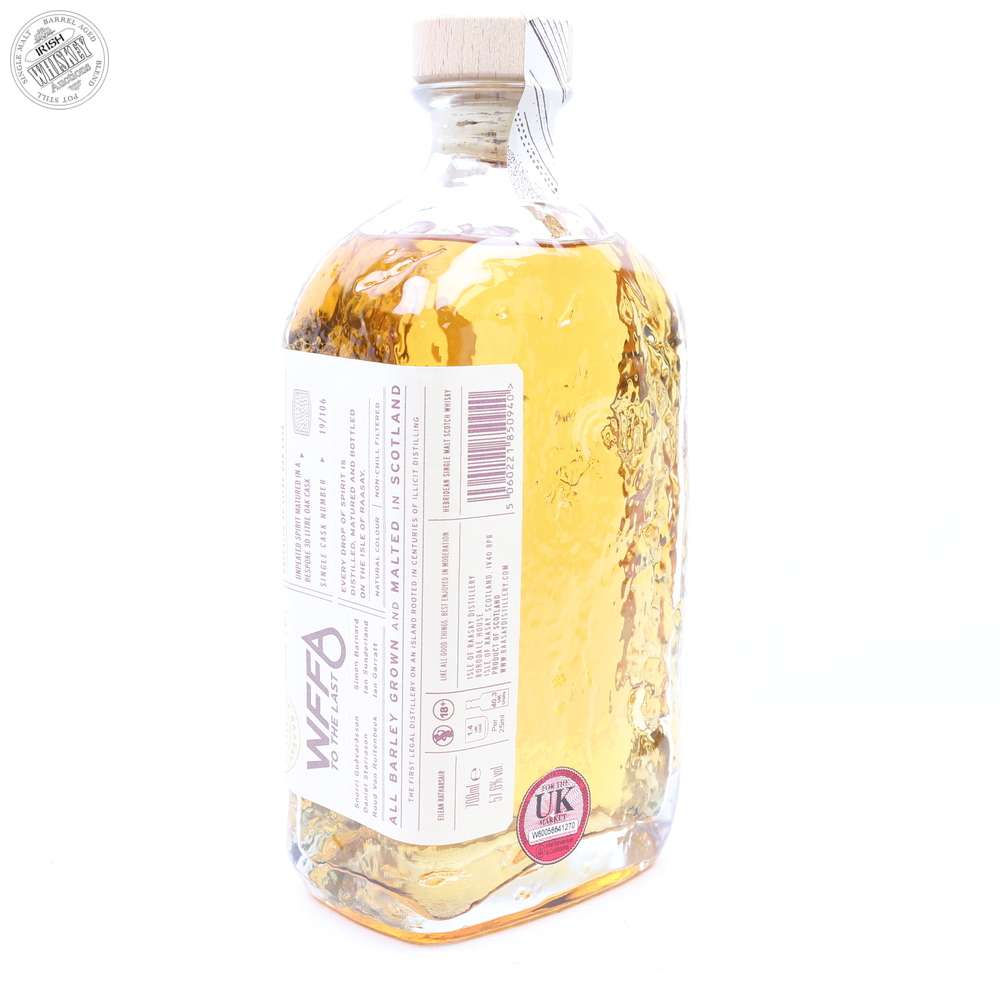 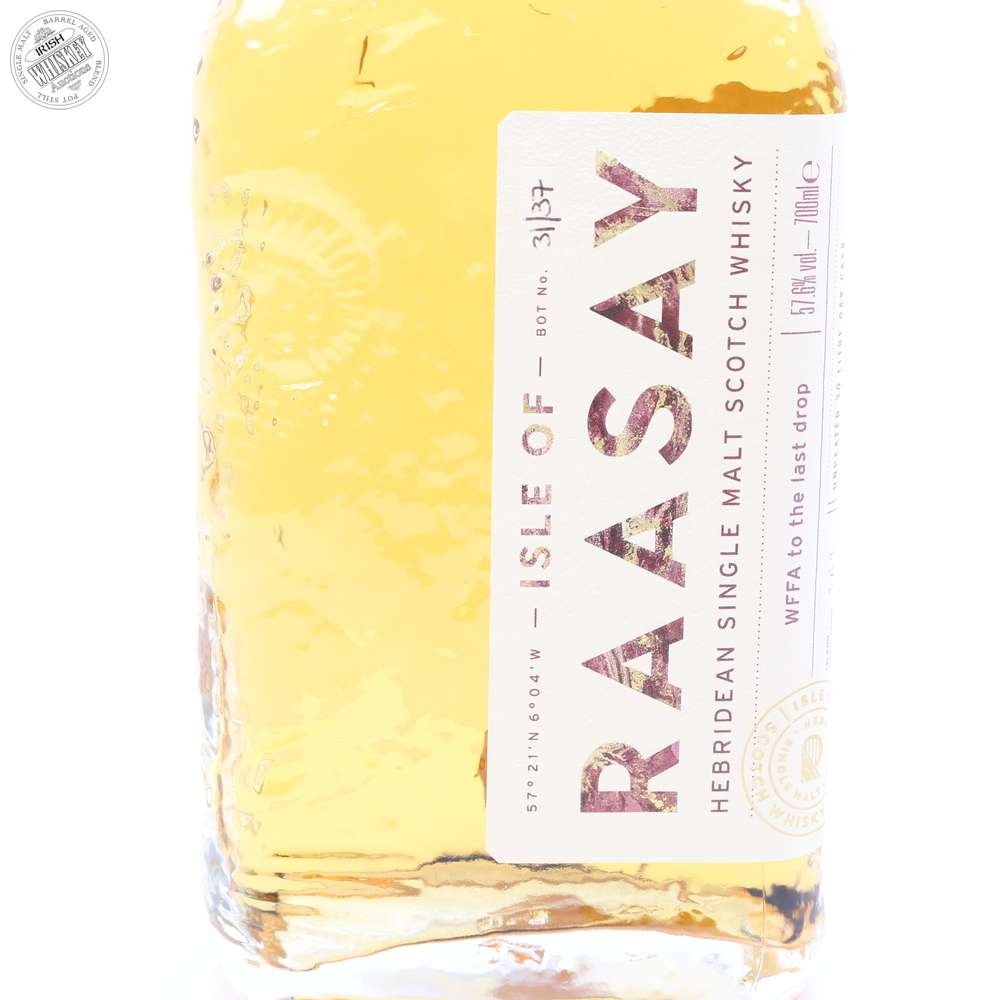 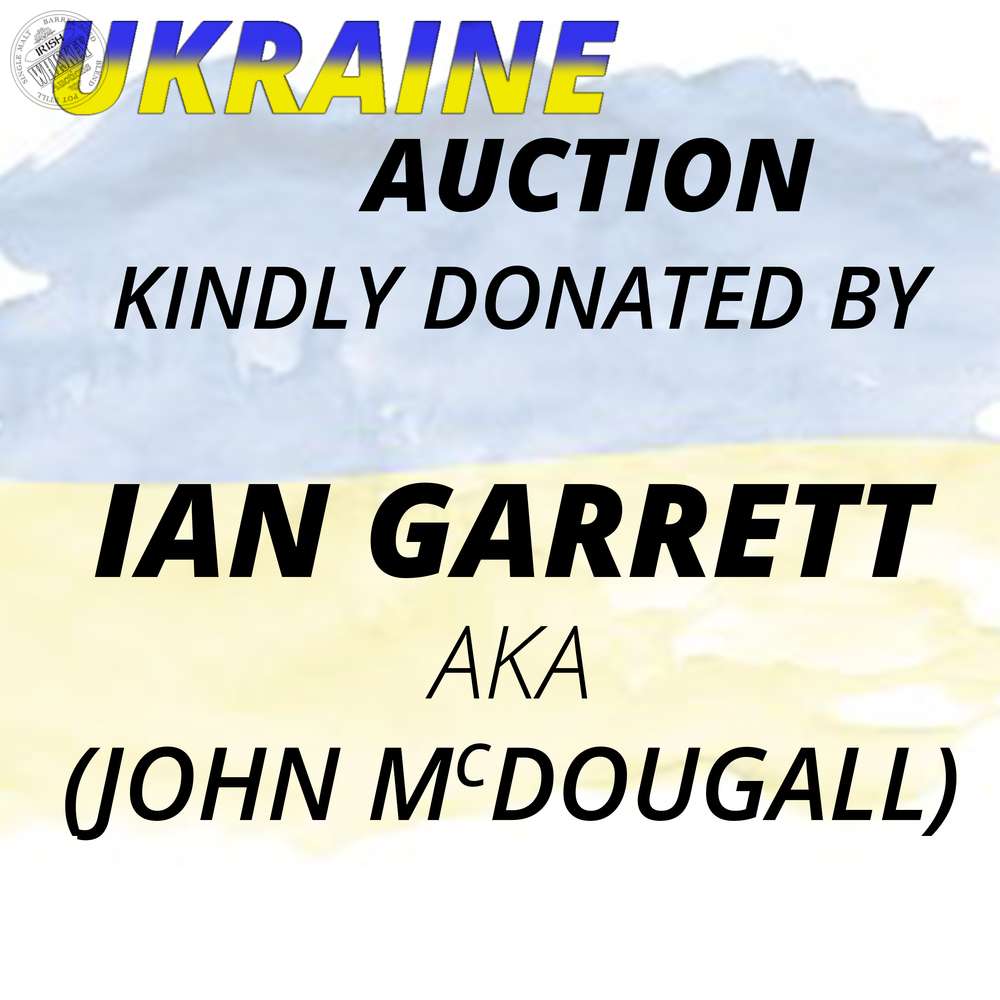 Distilled at the Isle of Raasay distillery in the Hebrides.
30 litre cask, remade from Ex Speyside whisky cask.
Unpeated spirit.
From a very limited number of the first batch of private casks from the distillery.
Matured and bottled in Raasay Distillery Warehouse.
Distilled in February 2019, bottled March 2022
released by the WFFA group.
Bottle No. 31/37.