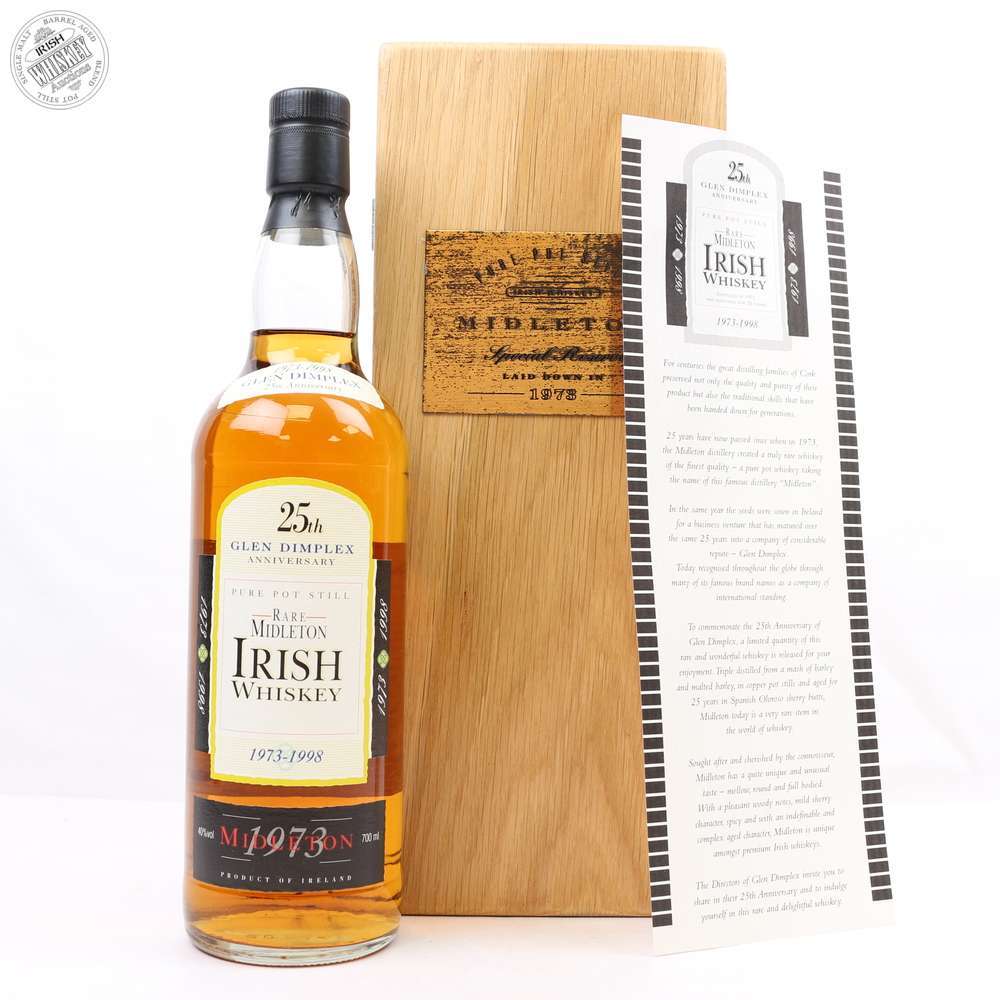 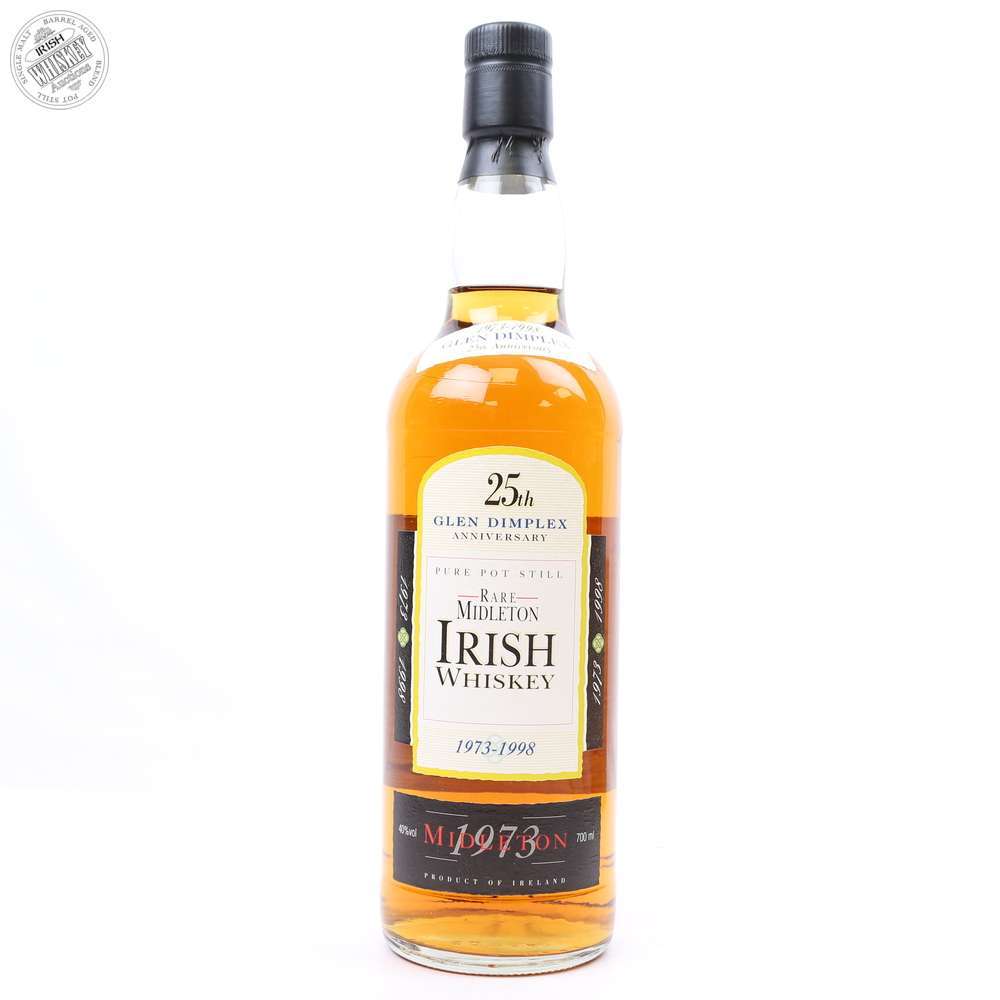 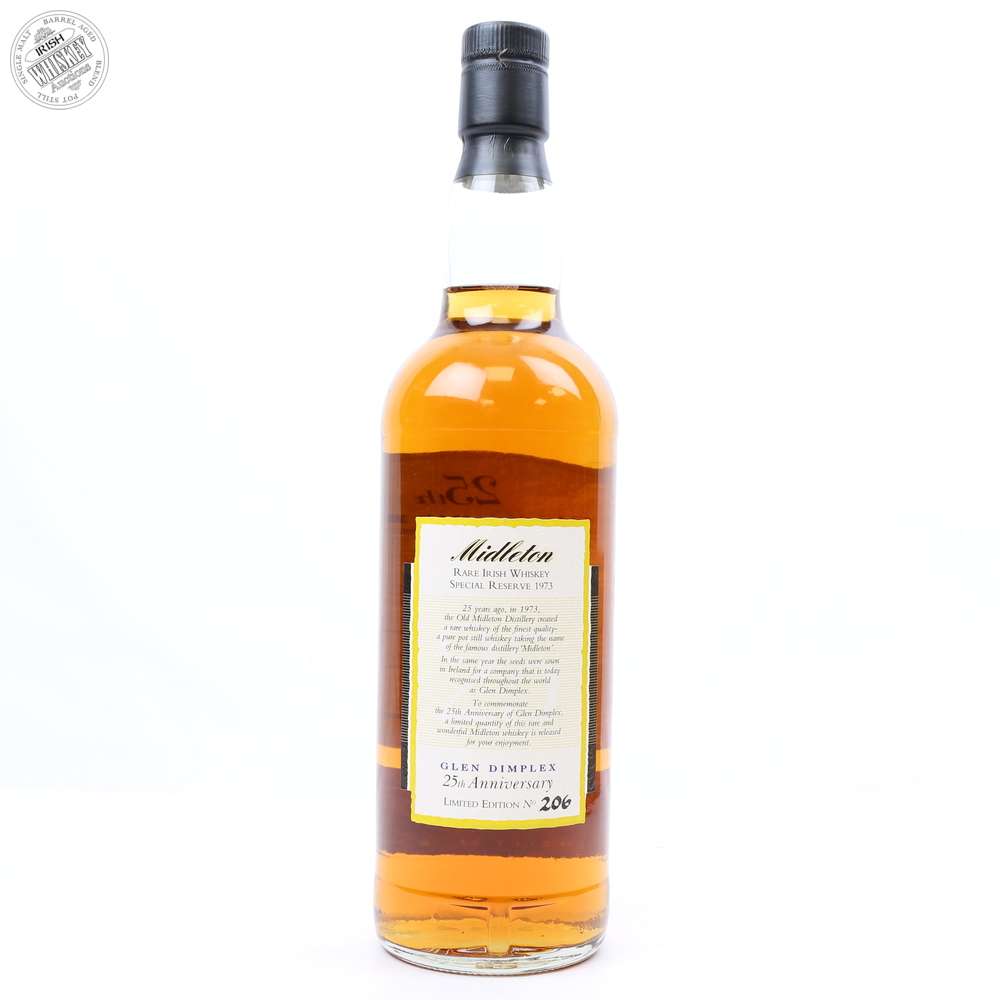 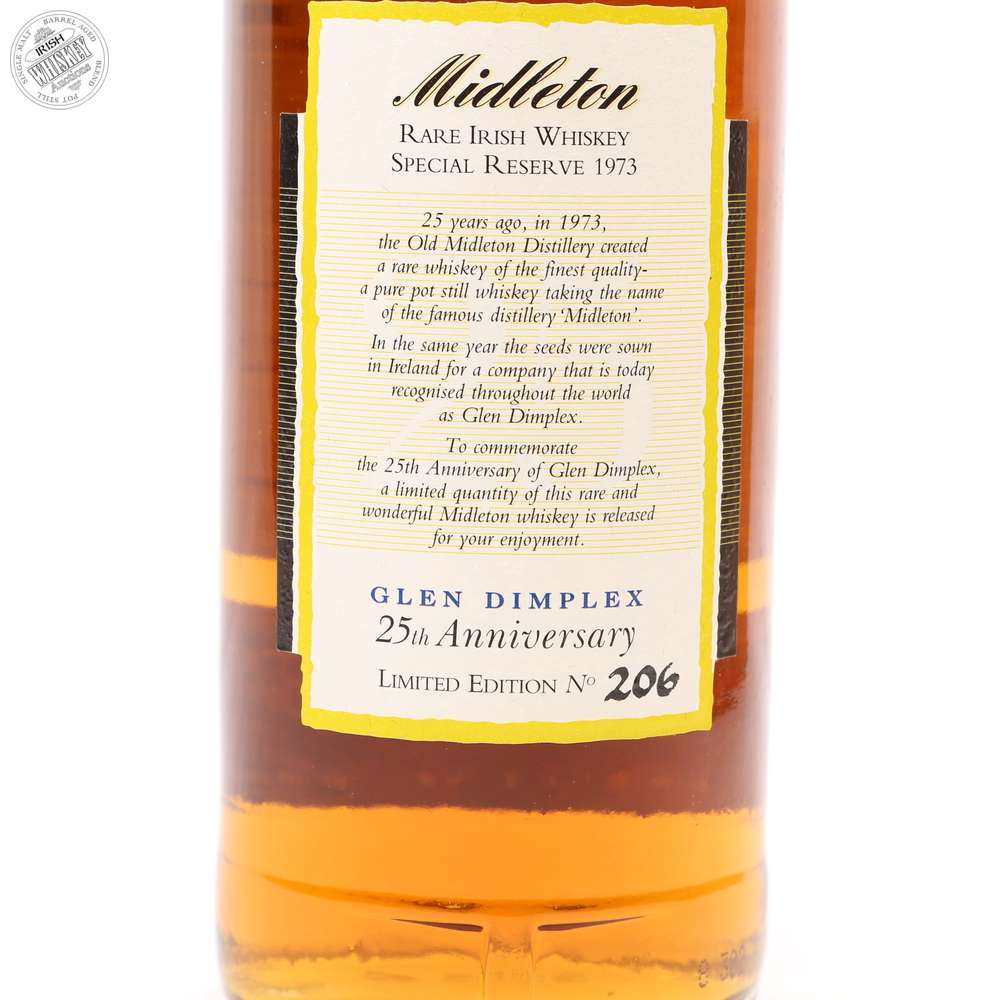 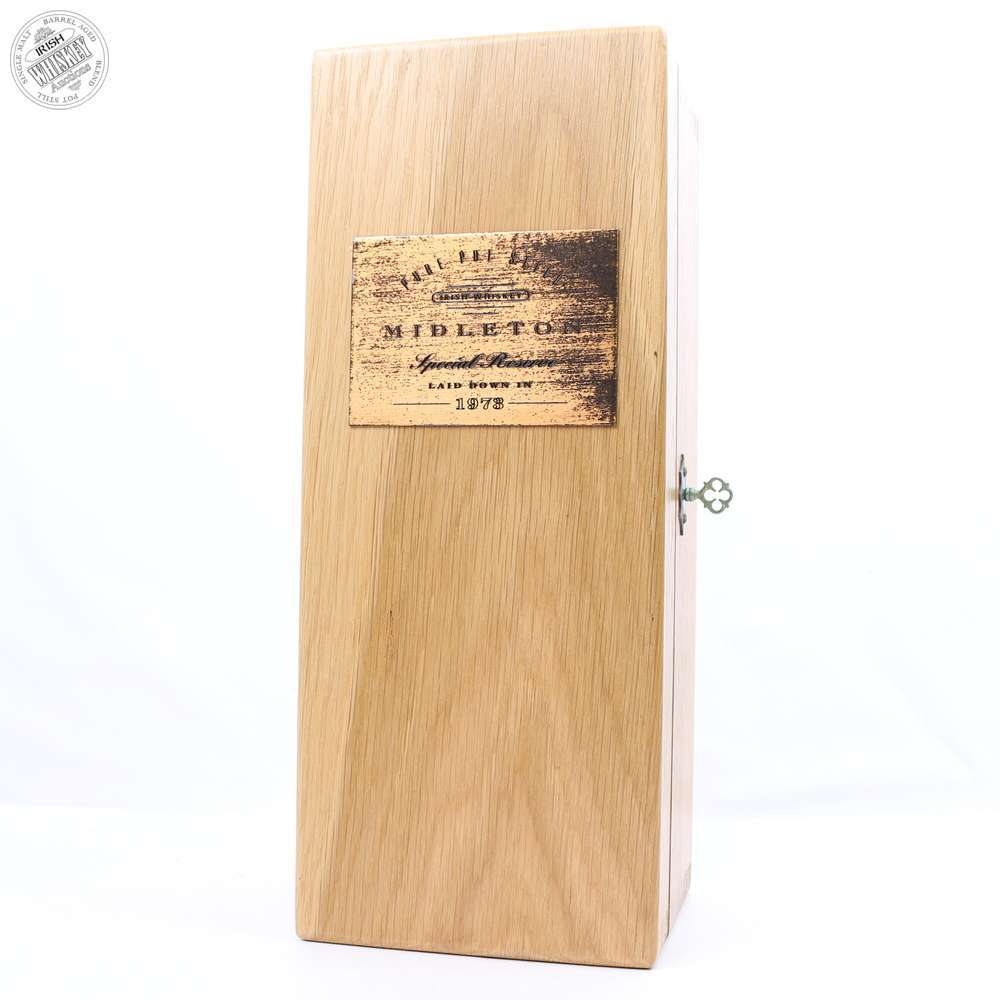 In 1973 the old Midleton distillery created a rare whiskey of the finest quality a pure pot still whiskey taking the name of the famous distillery Midleton.

In the same year the seeds were sown in Ireland for a company that is today recongised throughout the world Glen Dimplex.

To commemorate the 25th anniversary of Glen Dimplex a limited quantity of this rare and wonderful Midleton whiskey is released for your enjoyment.

Plaque on box faded and worn.