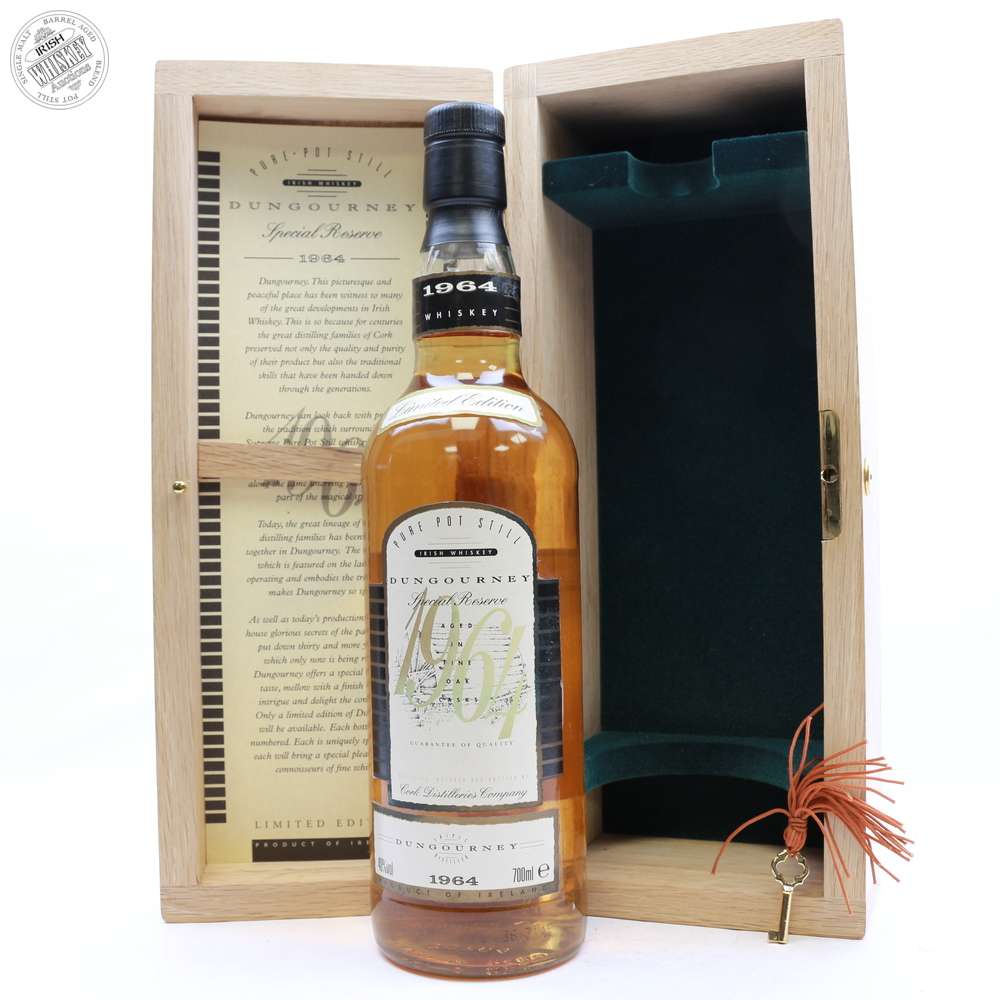 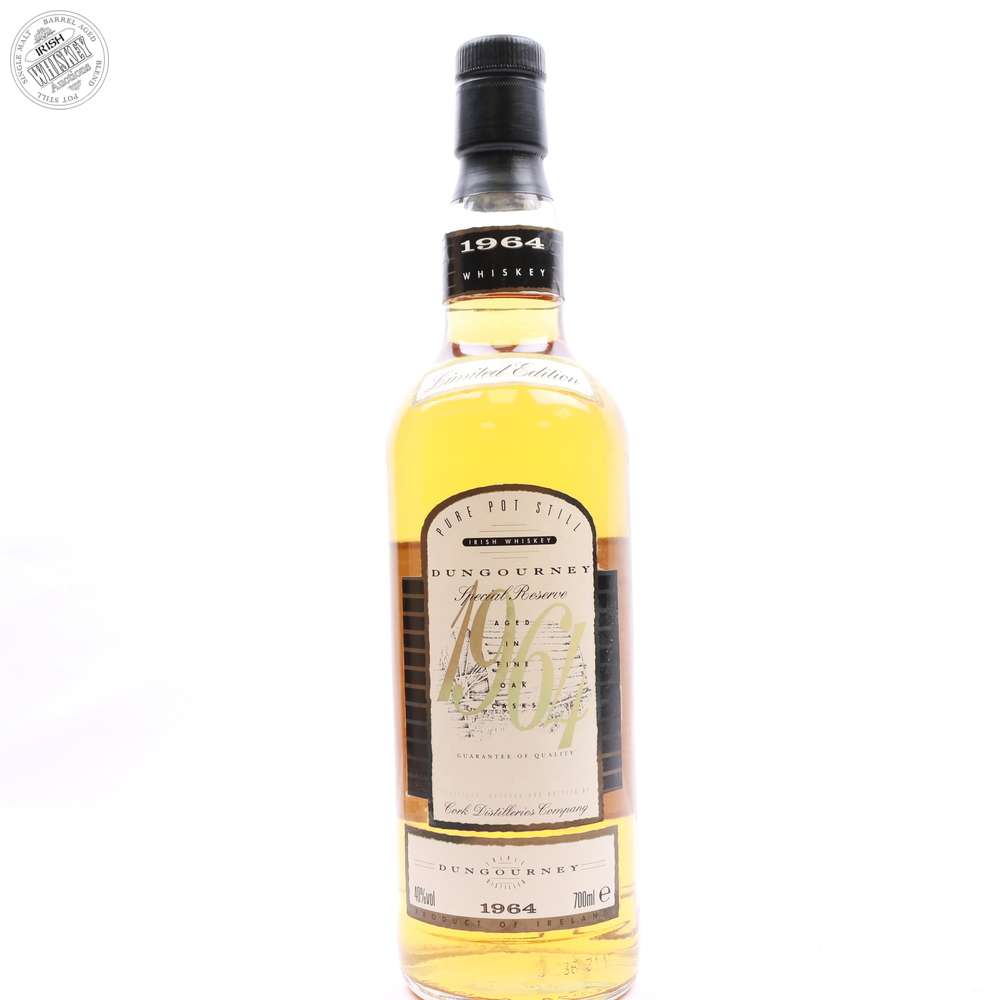 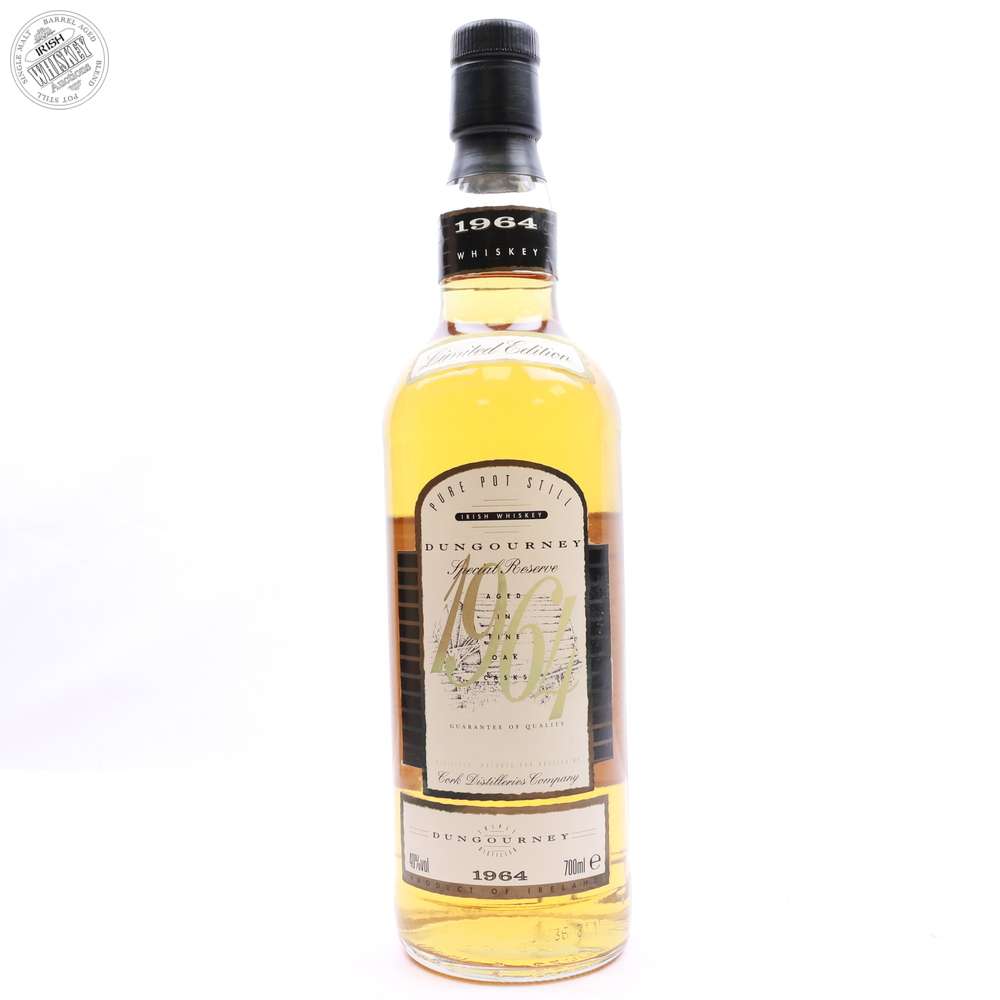 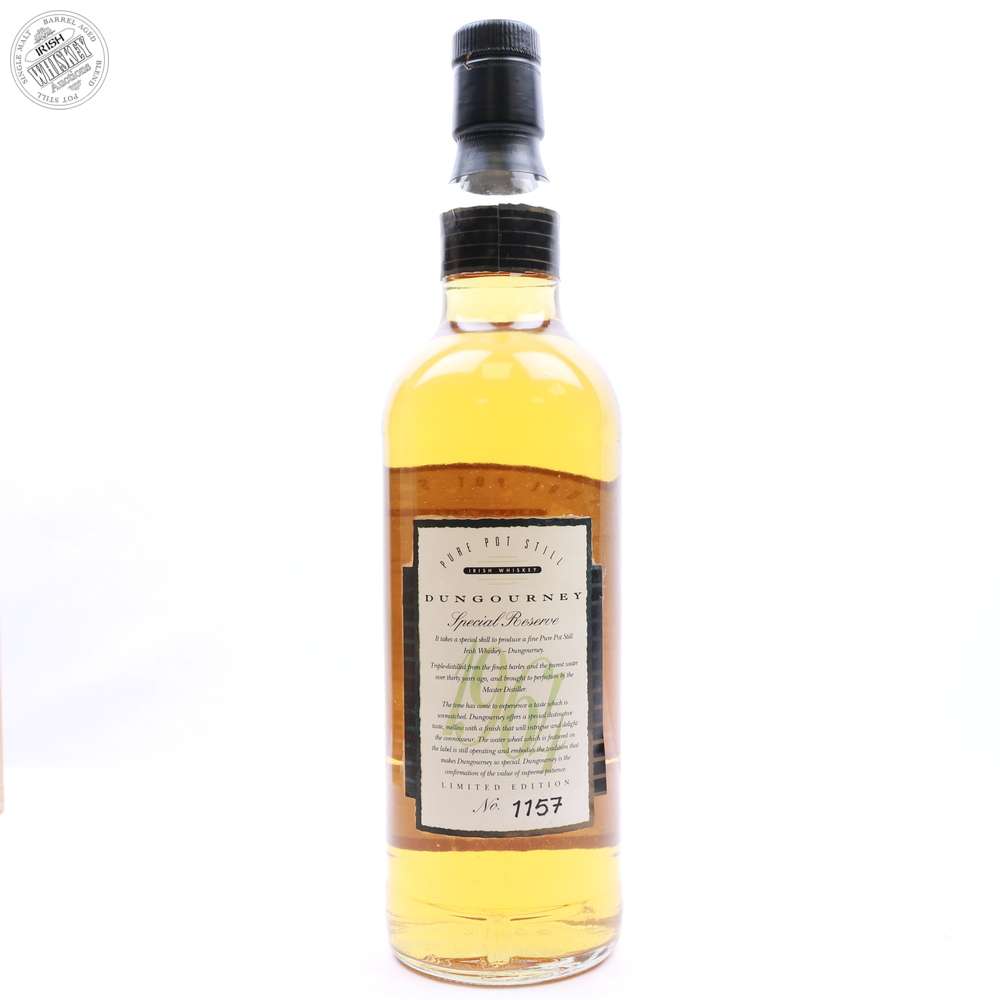 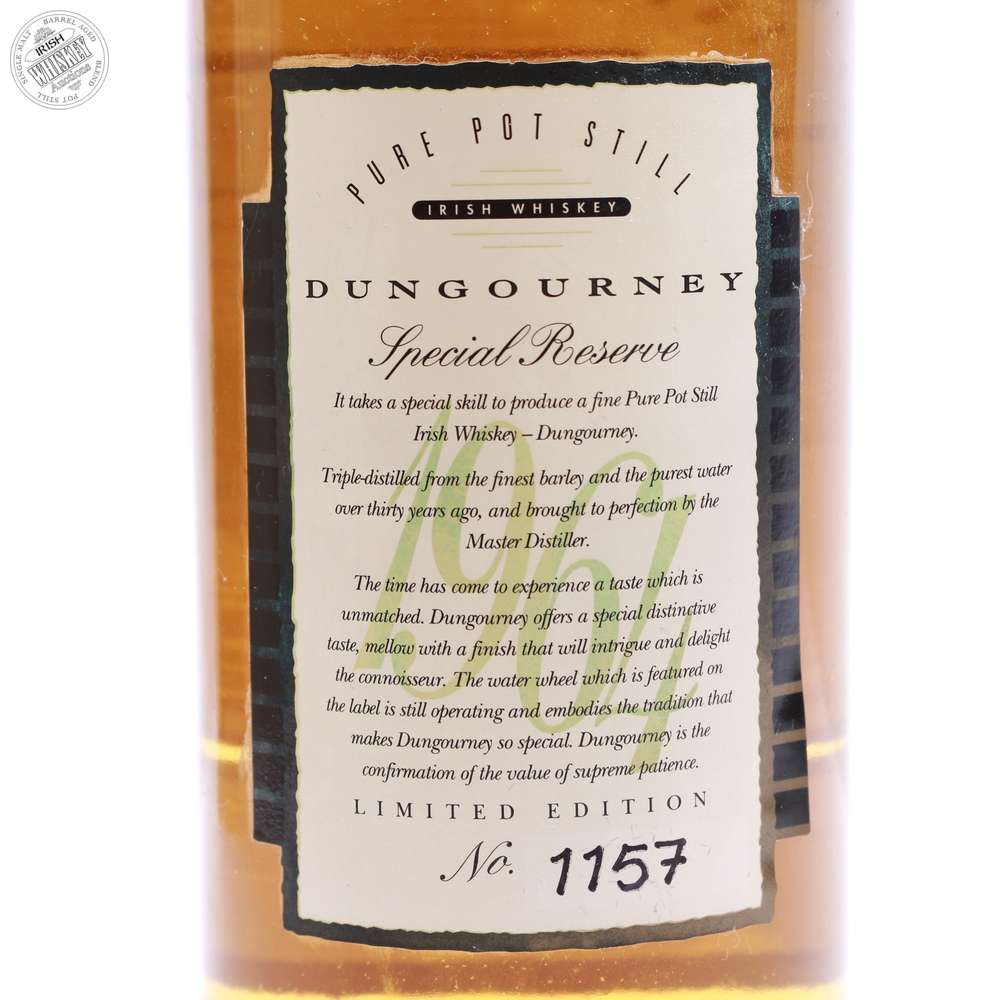 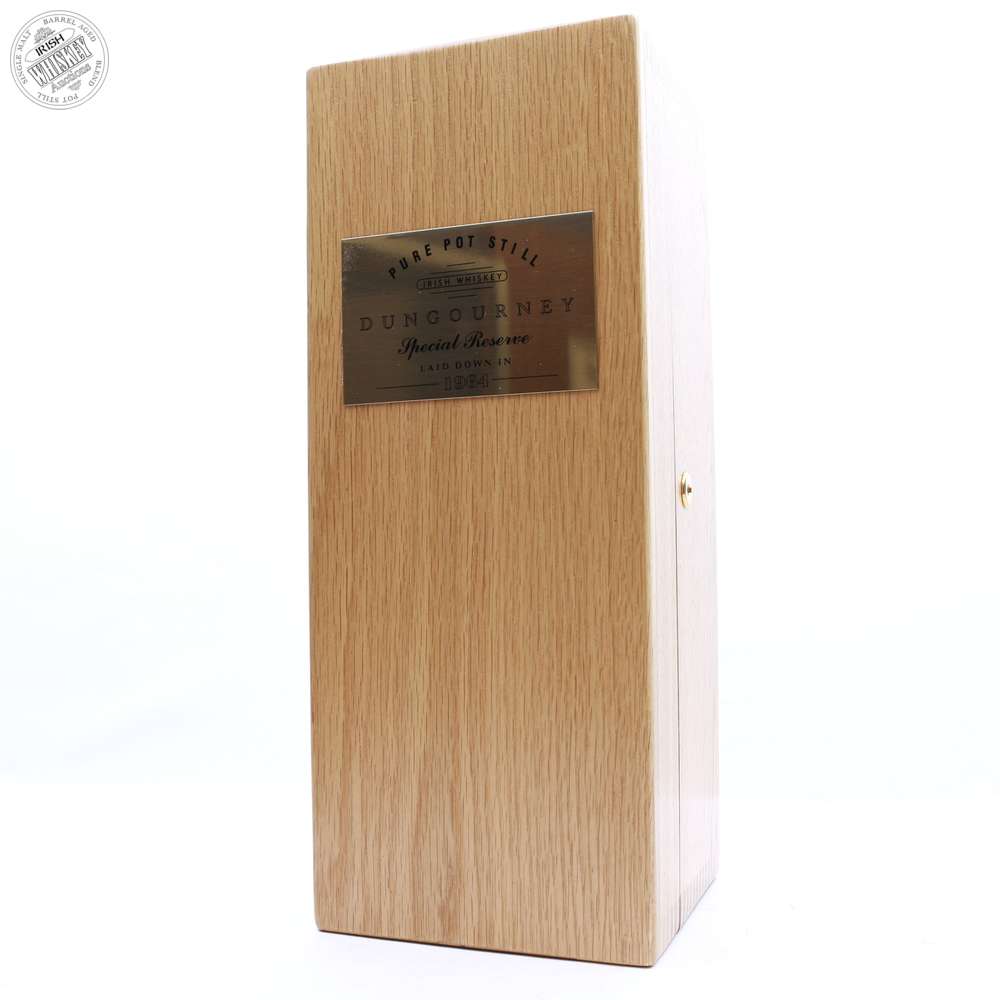 One of the oldest Pot Still Whiskeys bottled in Ireland is from the Old Midleton Distillery, distilled in 1964 and bottled in 1994, this 30-Year-Old is a limited edition pot still whiskey presented in an oak presentation box. It is named Dungourney, after the river that had fed the old distillery.

Legend says that In 1994, the Master Distiller, Barry Crockett, made a rare discovery when making his rounds of casks at the Old Midleton Distillery, warehouse 11 where his father, Max Crockett, had been Master Distiller. It was a cask not identified on his stock charts. The cask had been laid down 30 years earlier, in 1964, They made the decision to Bottle these casks and name it Dungourney 1964.