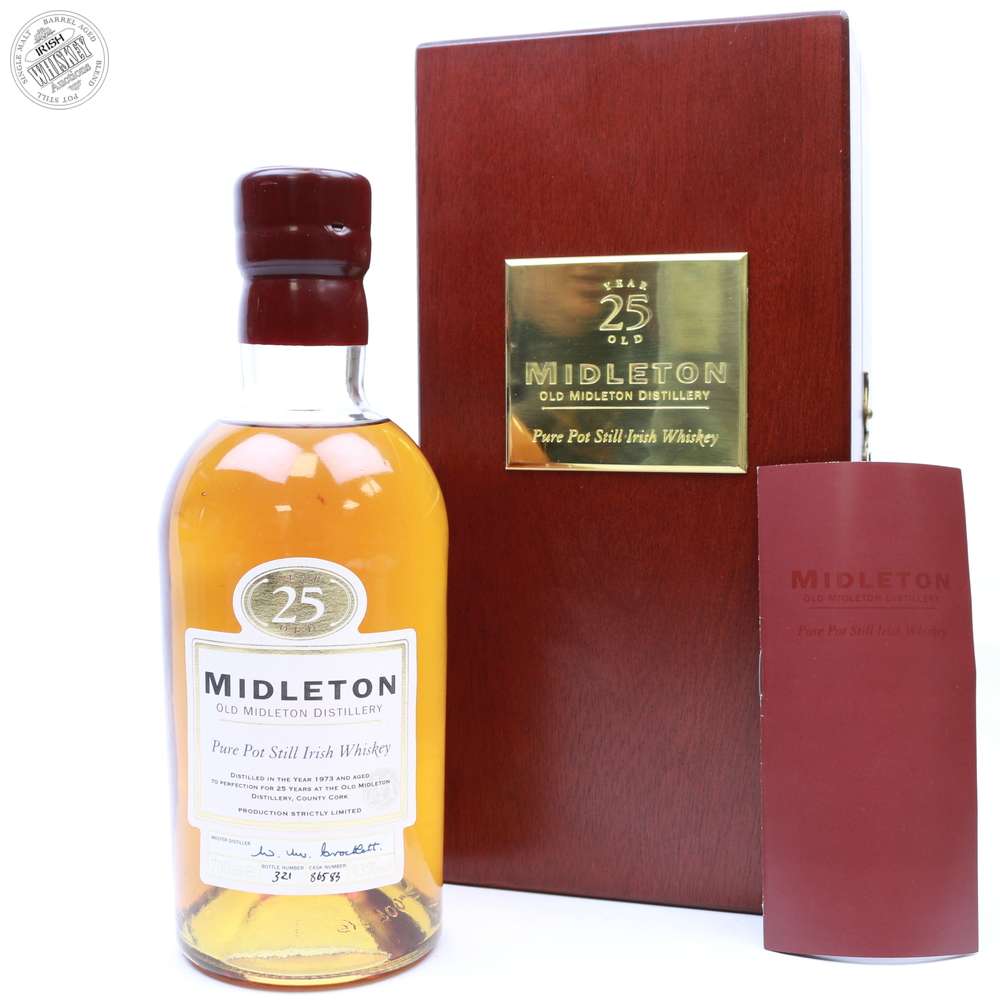 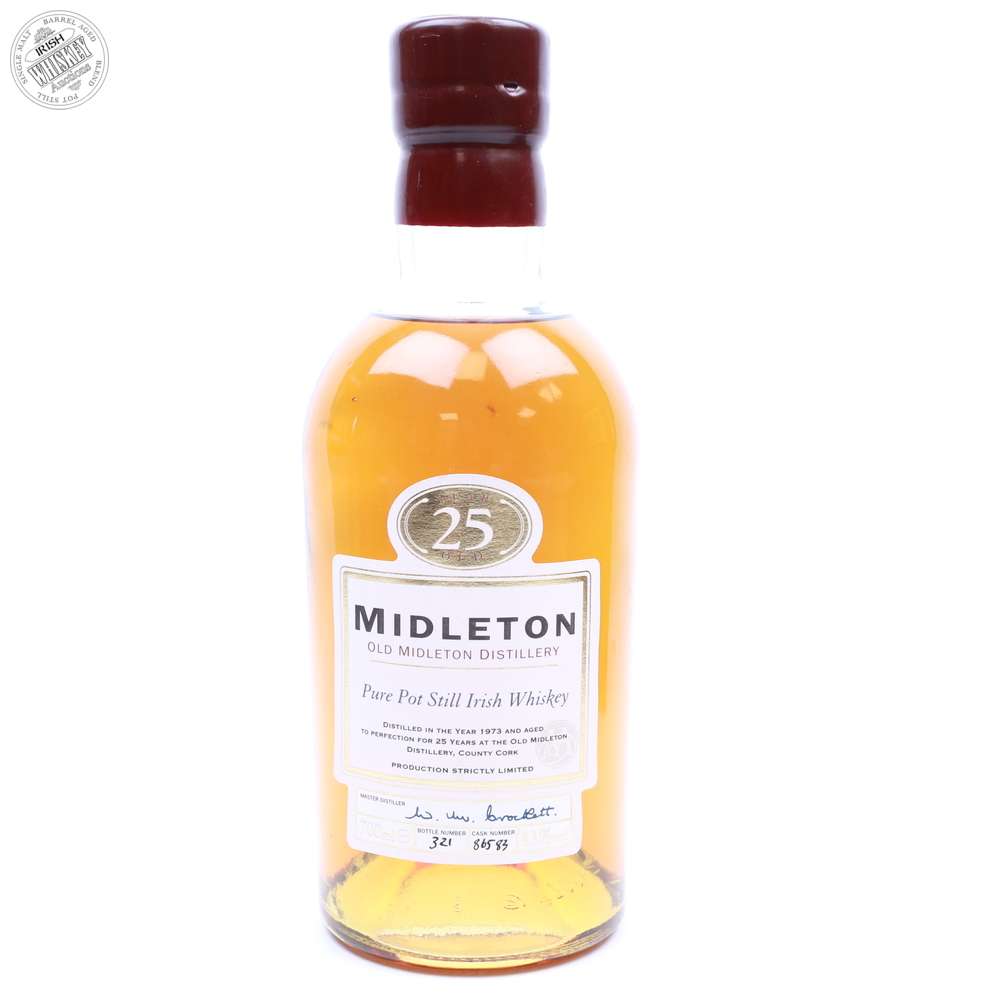 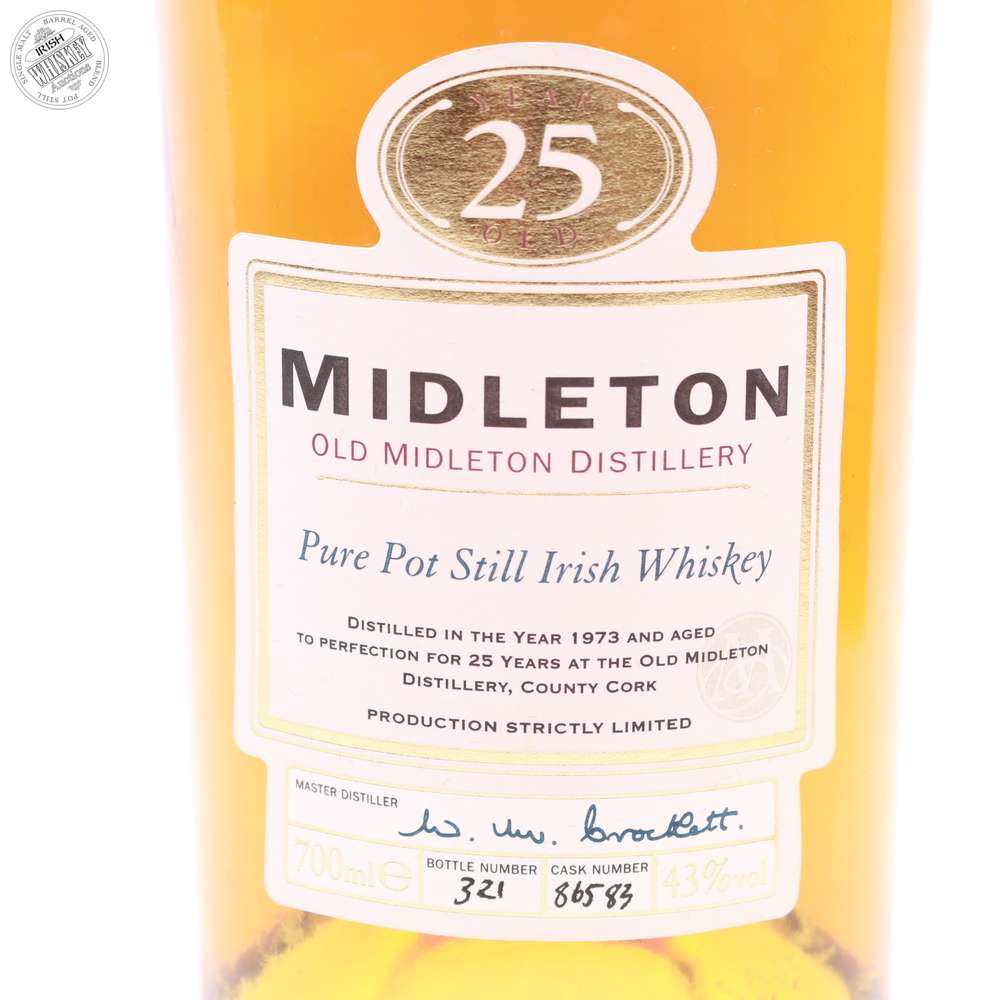 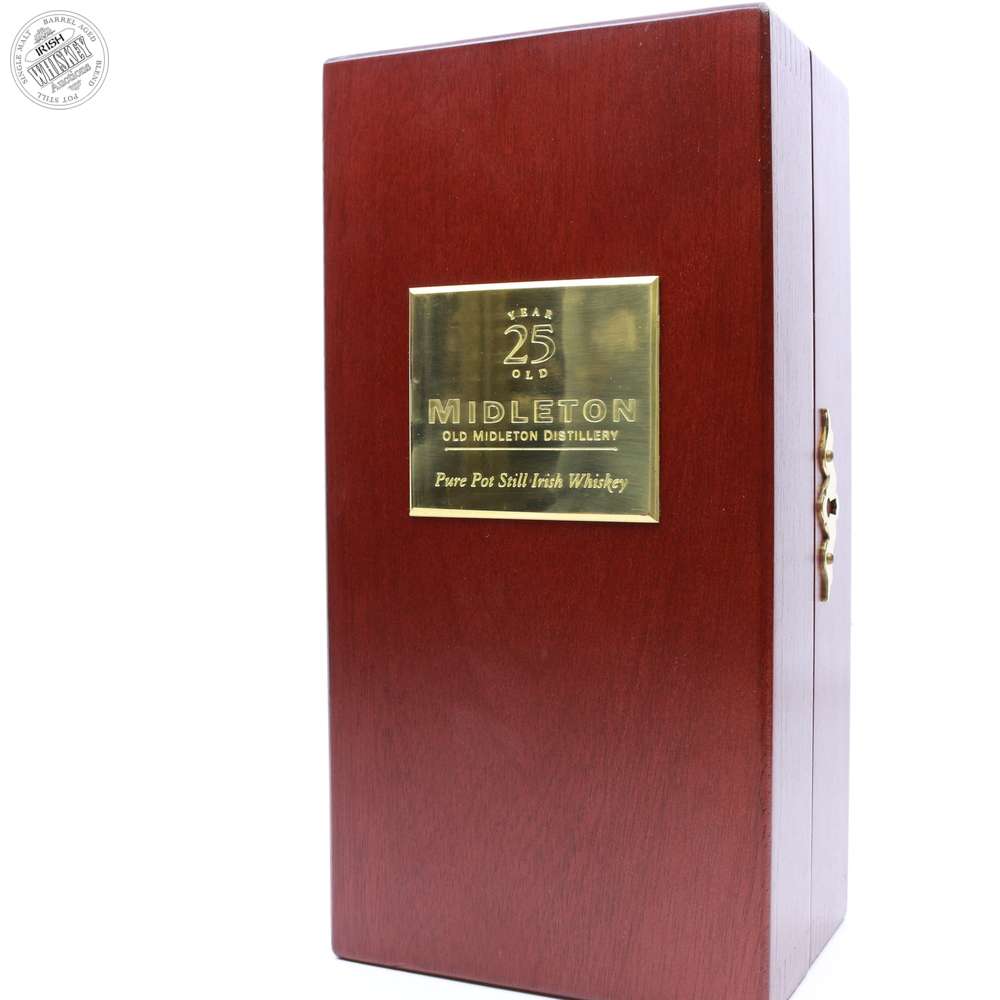 Considered one of the great examples of Ireland's Signature Pure Pot Still Irish whiskey.
A very limited number of Bottles were released of this Whiskey that was distilled in 1973 and bottled 25 years later.
This whiskey was from the Old Midleton Distillery signed by William Crockett.
Cask No. 86583. Bottle No. 321
Complete in the wooden Presentation box with it's keys