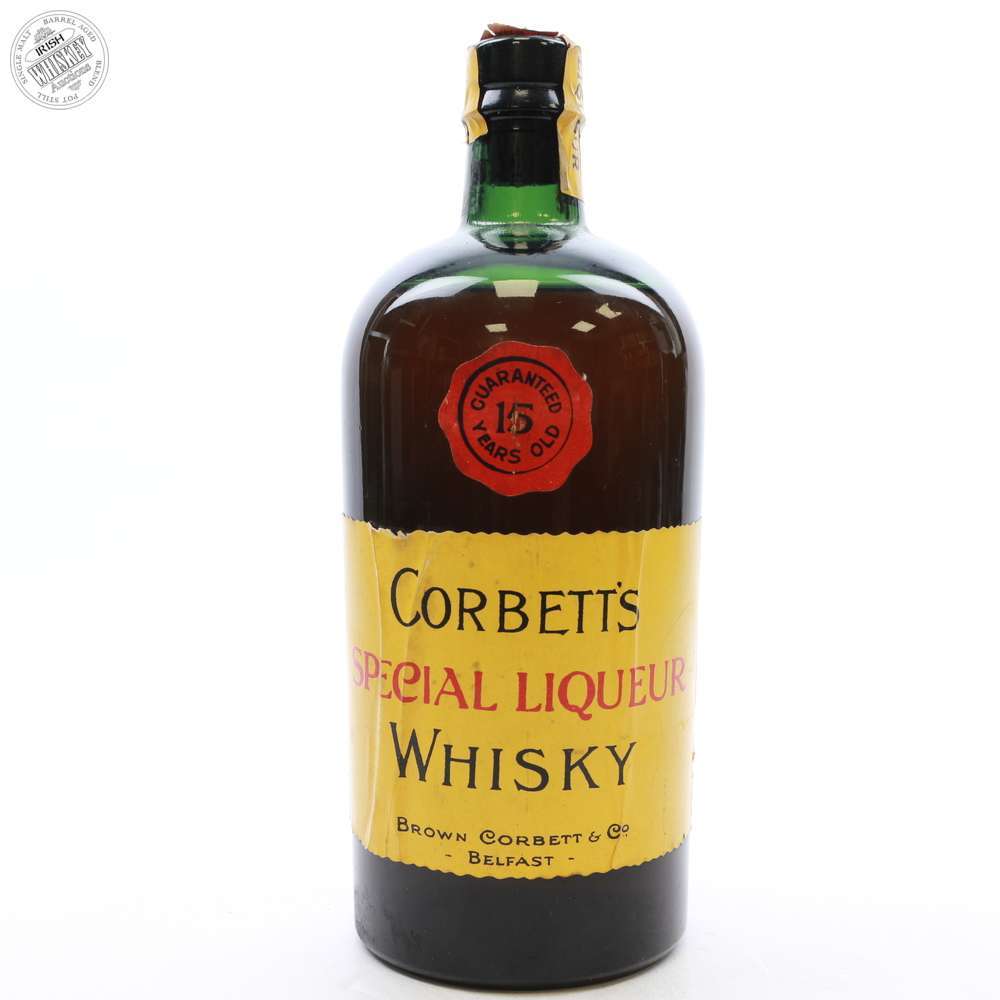 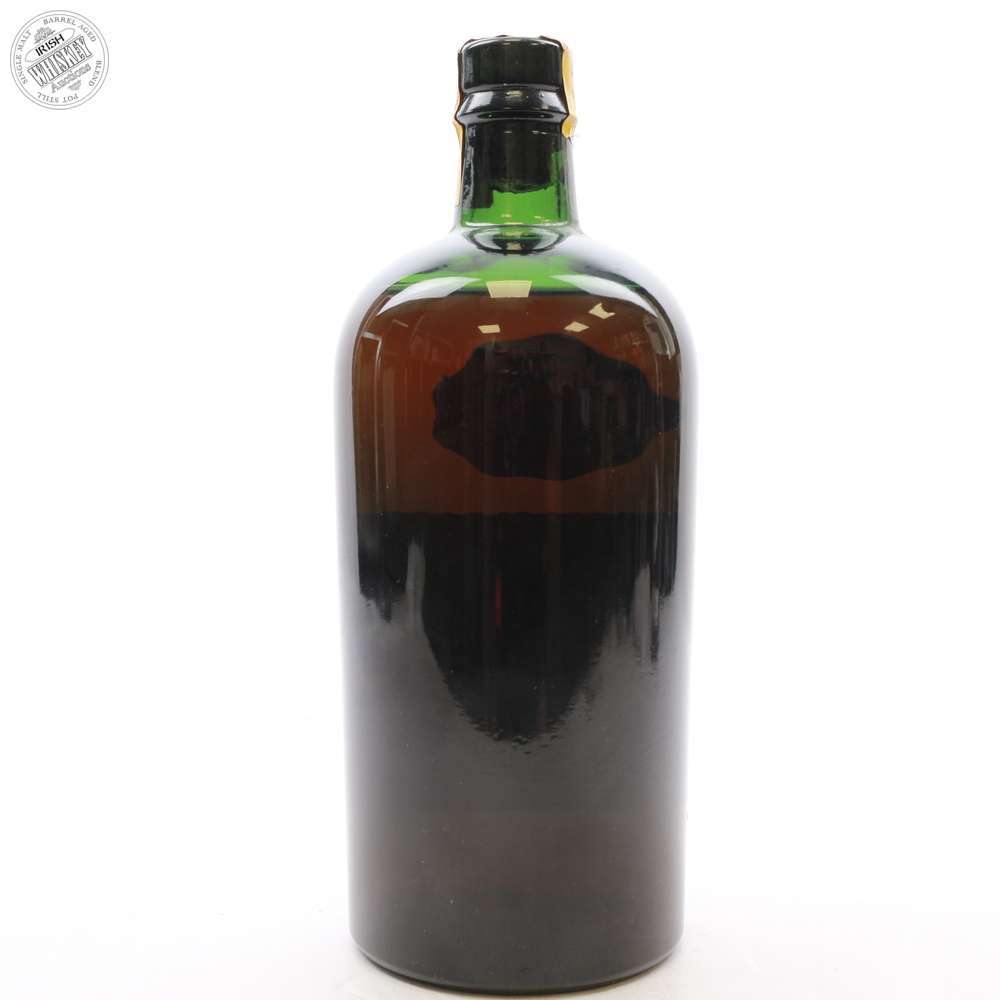 A 15-year-old special liqueur whisky from Brown Corbett and Co. Belfast.
This is a late 1920's early 1930's 15-year-old Whisky from a now silent distillery in Killowen, not to be confused with the current Killowen distillery. The area in which these two distillerys lay is rich in distillation history.

This whisky was produced by the small killowen distillery in Coleraine which was subsequently bought by a Scottish company that later sold the distillery to Bushmills in the 1930s, they also purchased Taylor's of Coleraine at the time.

From such time Killowen distillery was used by Bushmills for malting and warehousing and moved distillation to Taylor's which provided the grain whiskey Bushmills required at the time.

This whisky is a real piece of Northern Irish/Bushmills distillation history and is in fantastic condition for its age, excellent fill level given its many many years bottled. A serious museum quality piece of Irish Whiskey history.

In great condition with creasing on label and seal torn but still intact.