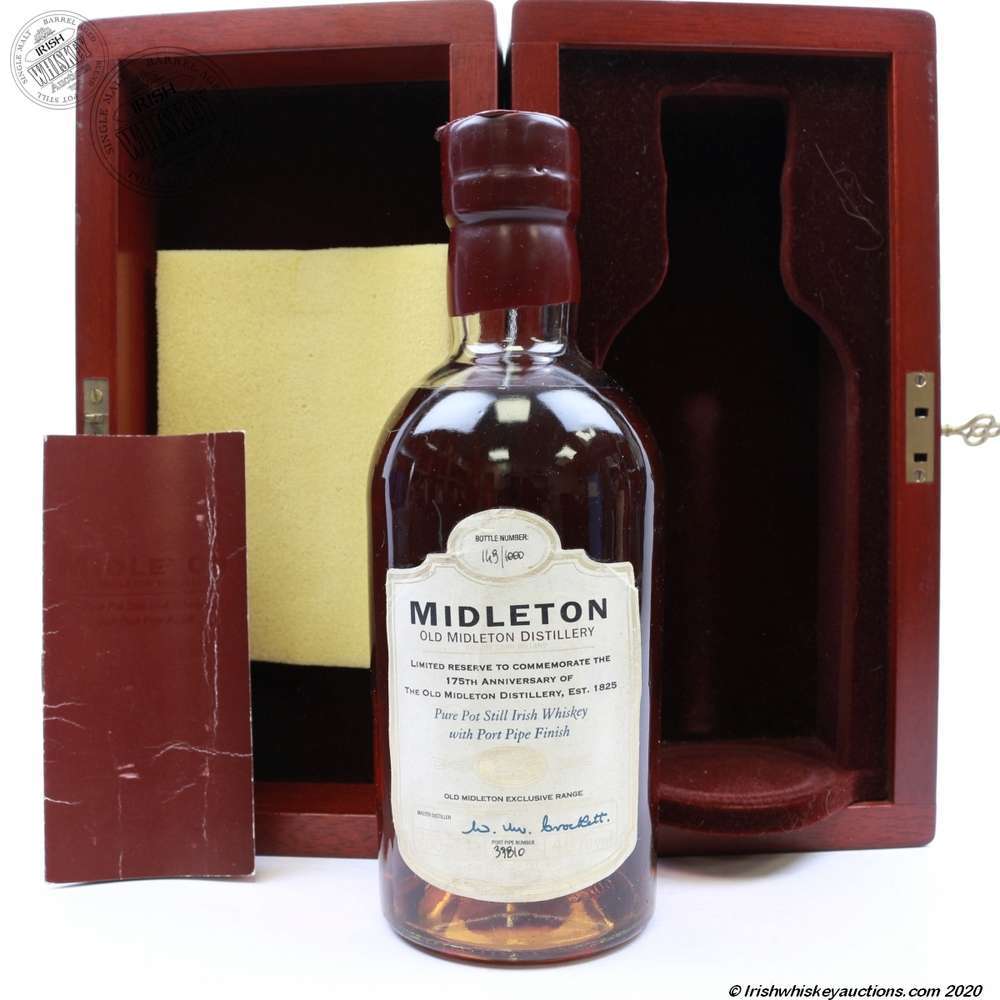 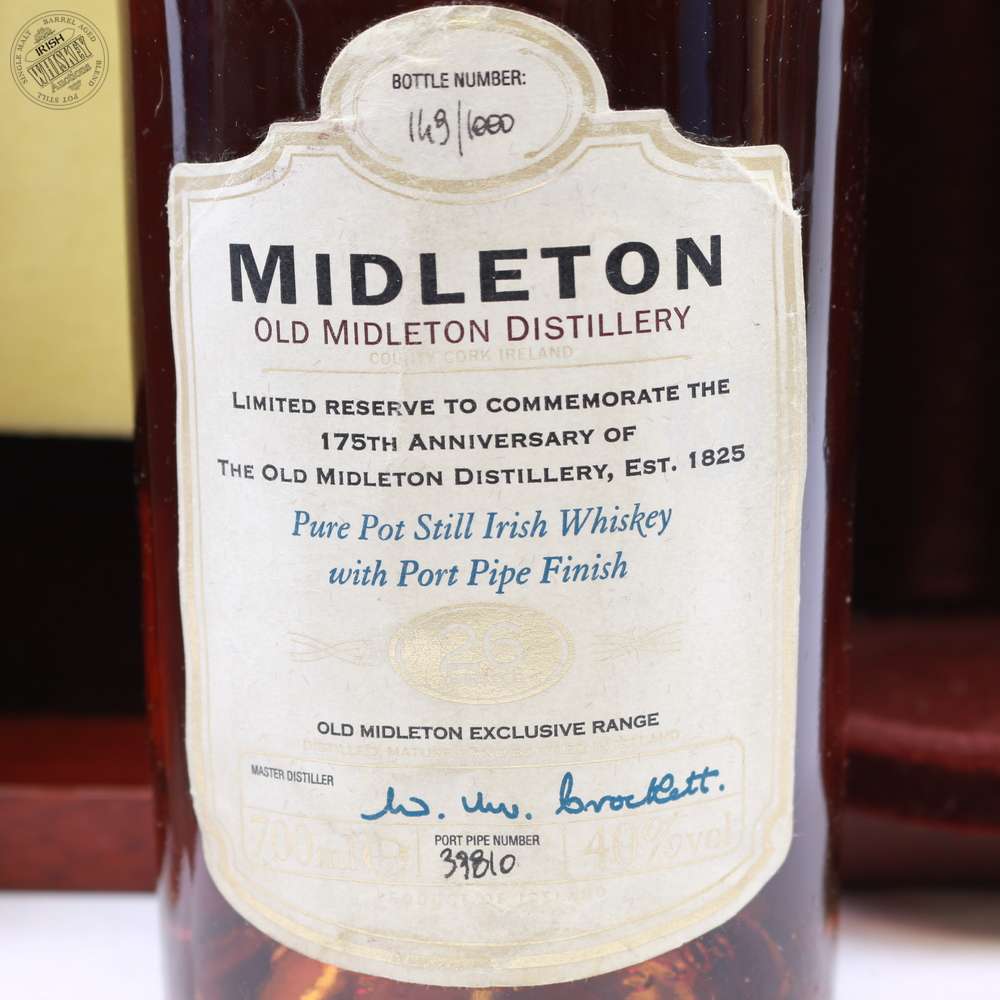 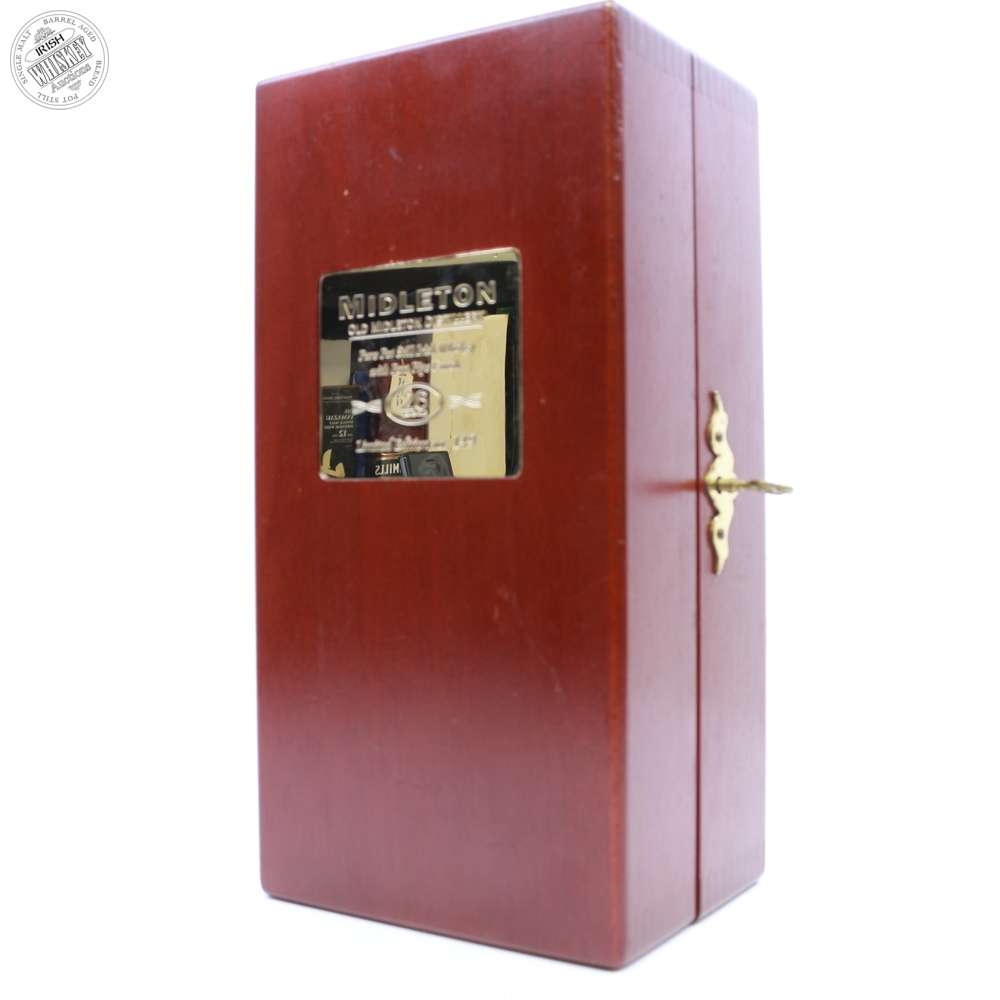 One of the rarer Vintage Bottles from the Old Midleton Distillery

A Single Pot Still Irish Whiskey distilled in the old Midleton distillery in 1973.

The whiskey is made up of malted and unmalted (green) barley, matured for 26 years in ex-bourbon and ex-Oloroso butts, it has then been finished for a few months in specially chosen port pipes.

It was released as a limited edition to commemorate the 175th anniversary of the Midleton Distillery, 1825-2000.

In great condition with discolouring and fading on label. In a Wooden presentation box complete with paperwork and 1 key.