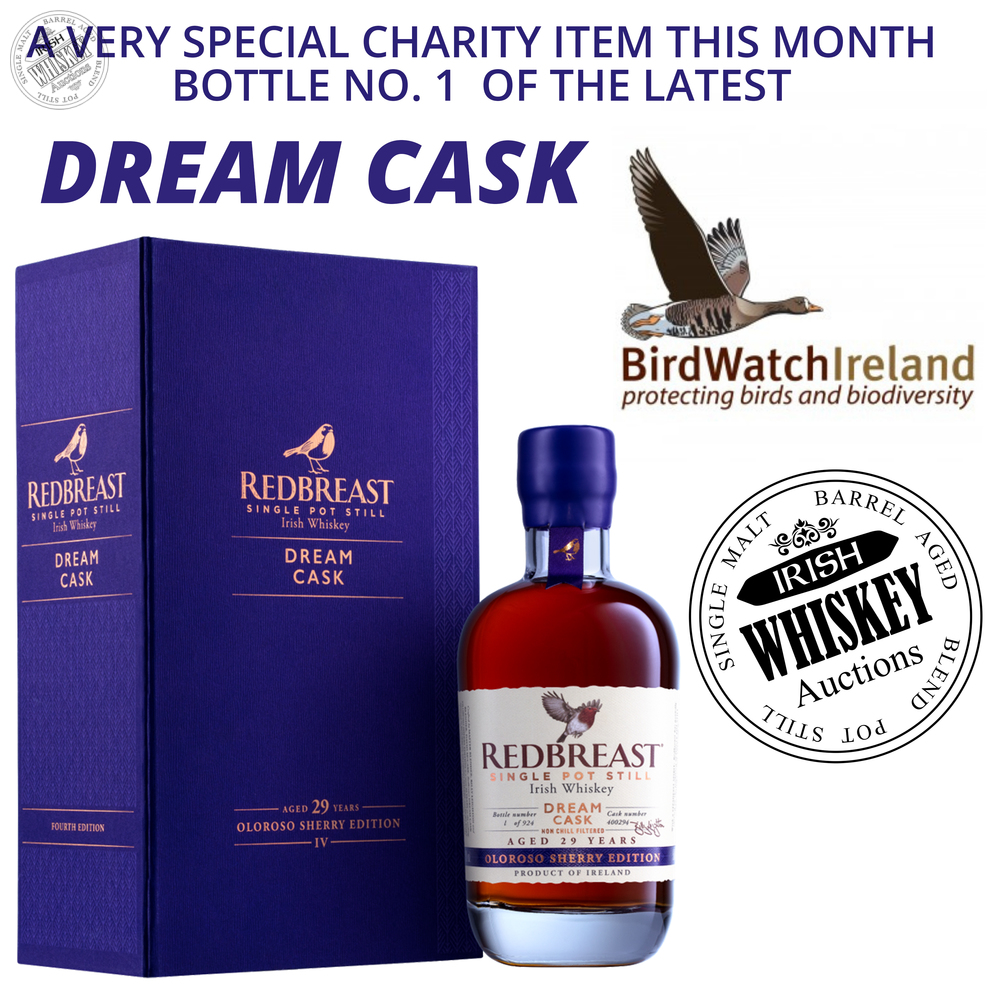 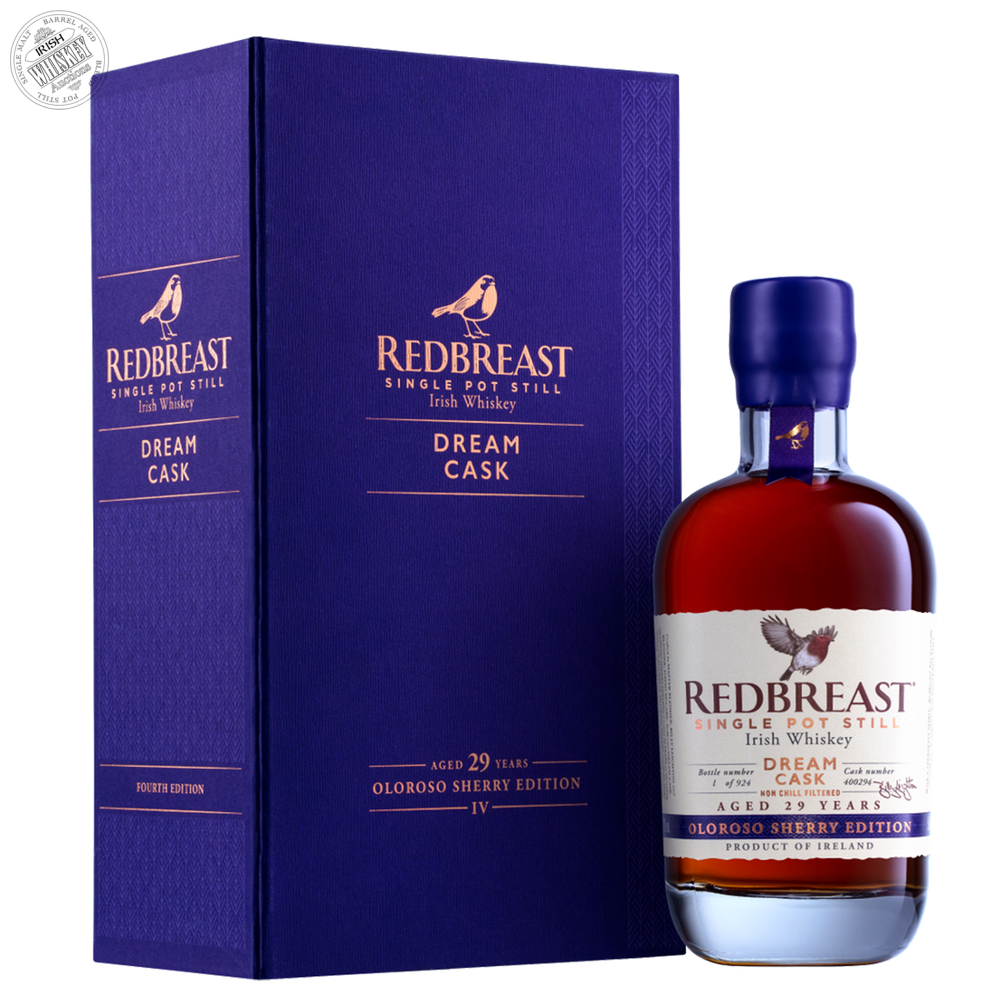 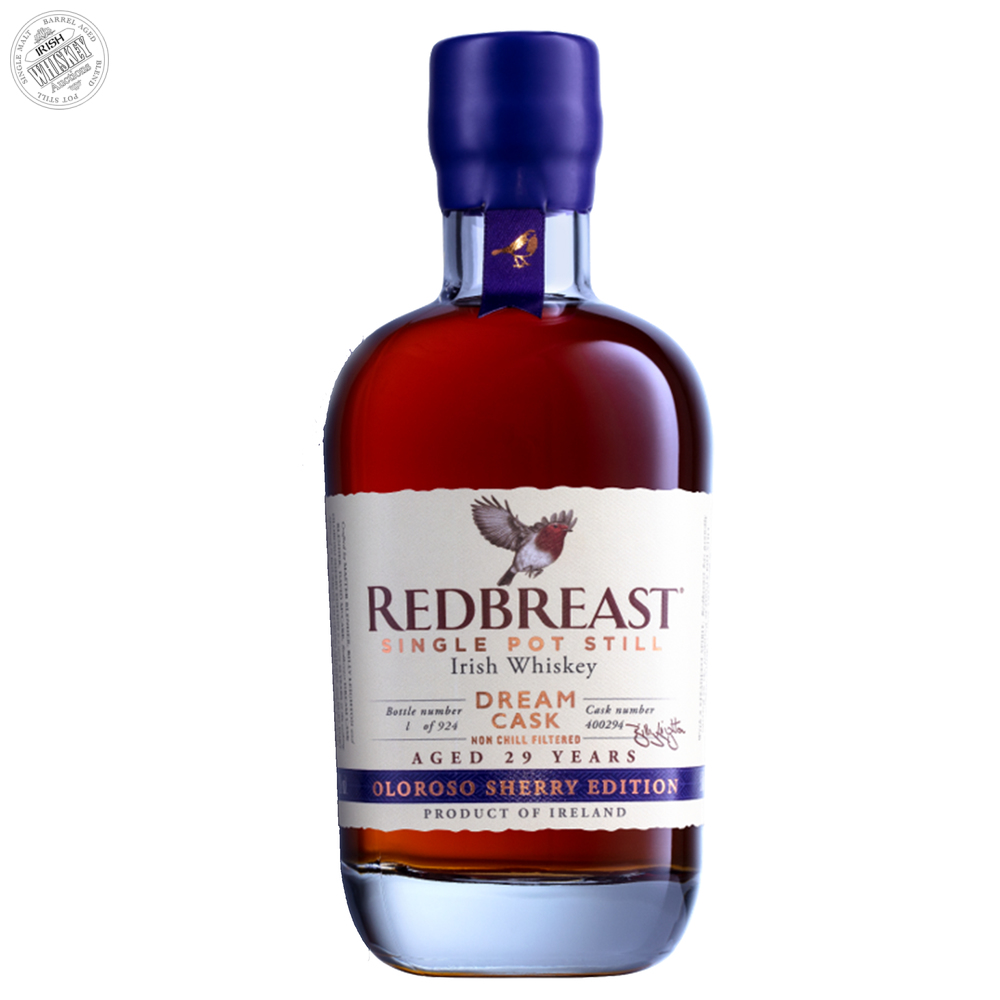 *CHARITY ITEM*
A very special opportunity to buy the ultimate Dream Cask,
Bottle No. 1 of the very latest Redbreast Dream Cask
Redbreast Dream Cask Oloroso Sherry Edition is a 29-year-old single pot still Irish whiskey that celebrates the signature Redbreast style and represents the fulfilment of a dream held by Master Blender Billy Leighton to share an annual release like no other.
A vatting together four special whiskeys, aged for a minimum of 29 years in ex-bourbon, sherry and ruby port seasoned casks. The whiskeys were married in a single outstanding Oloroso sherry butt from Jerez de la Frontera in Spain’s Andalusia region, and left to mature for a further 15 months to bring an evolution of its characteristic flavours to the Redbreast experience.