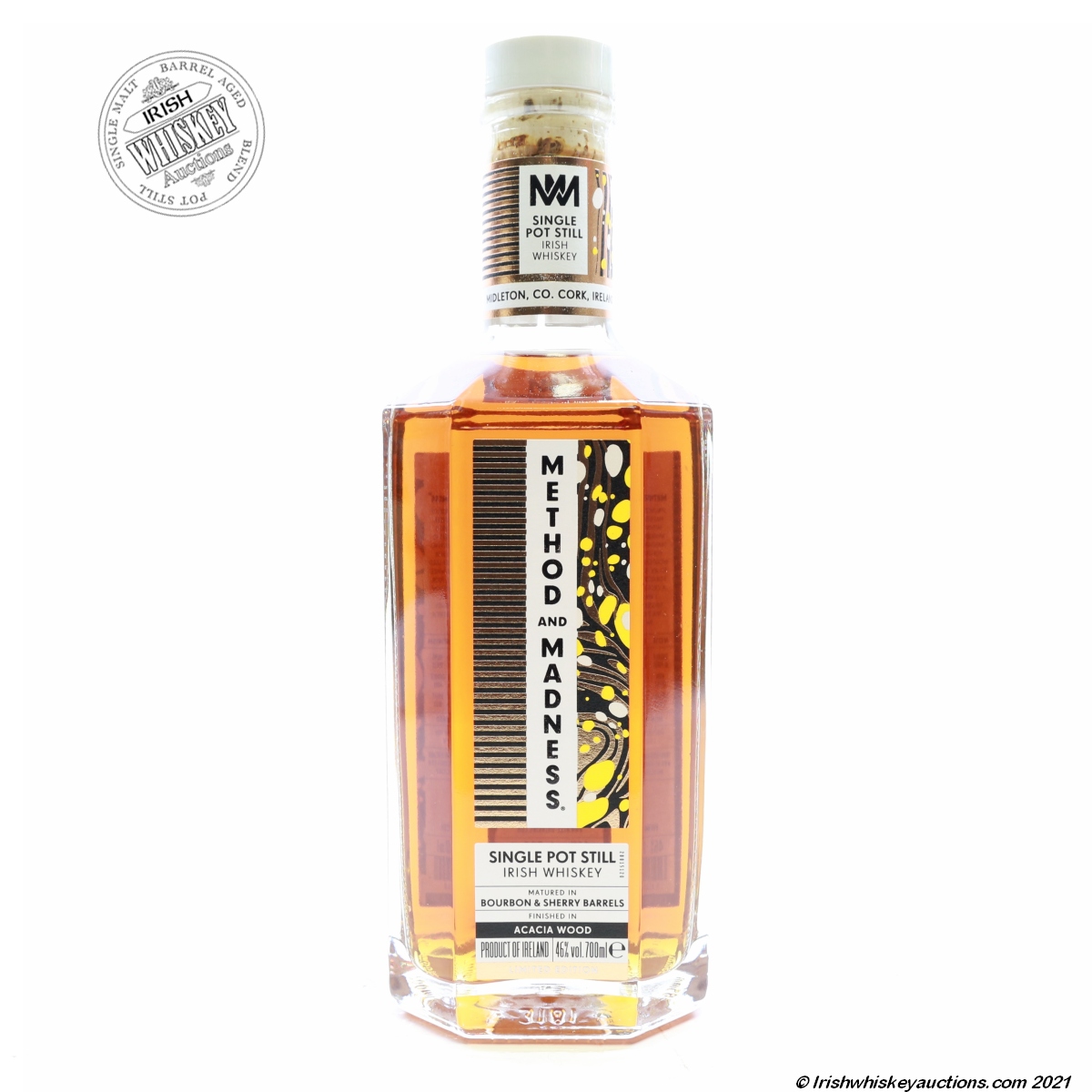 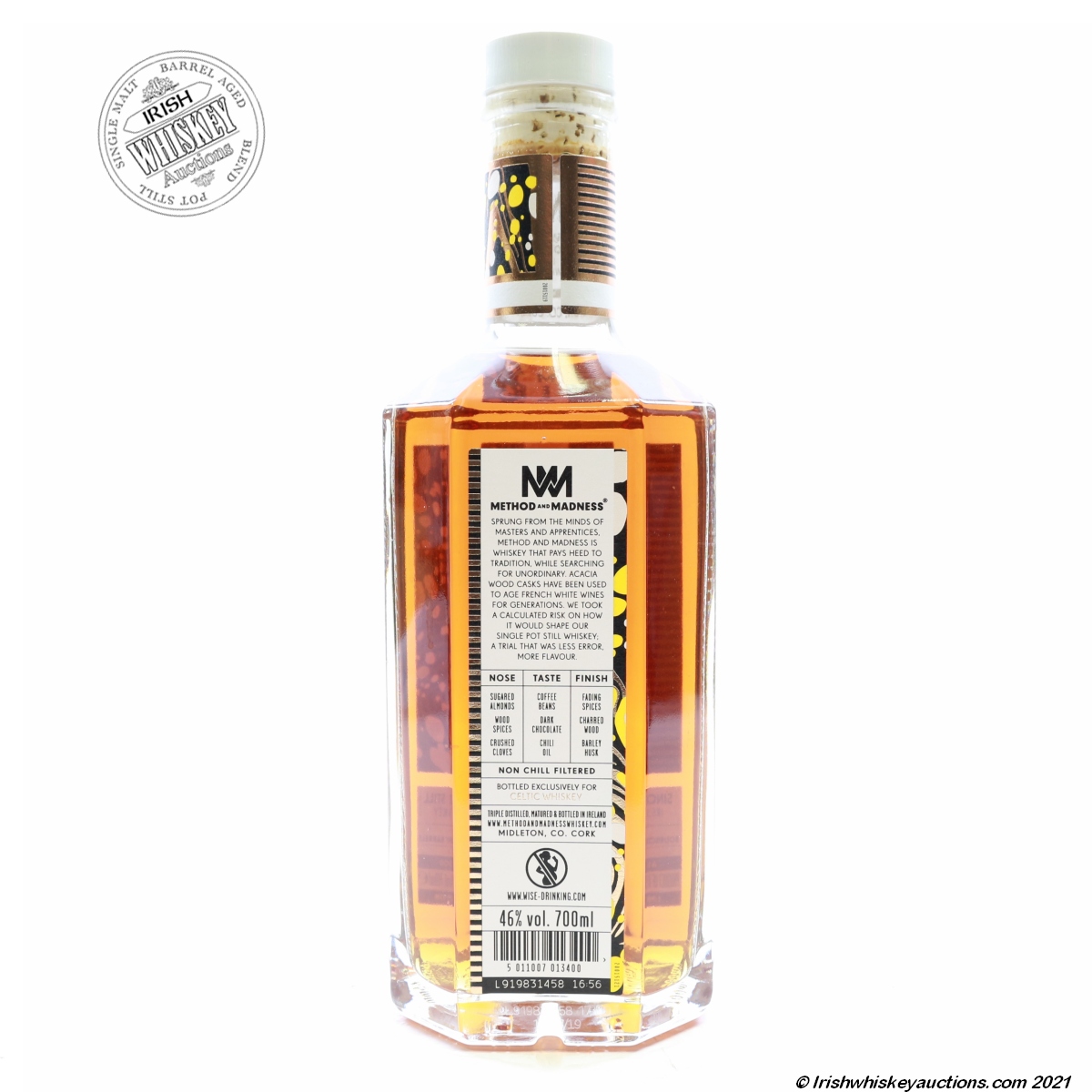 A Very Special Limited Edition release from the Method and Madness stable.

A single pot still Irish whiskey matured in Bourbon and Sherry Barrels and then finished in Acacia Wood Casks which are traditionally used to age French white wines.

Bottled exclusively for and available only from the Famous Celtic Whiskey Shop on Dublin's Dawson Street.