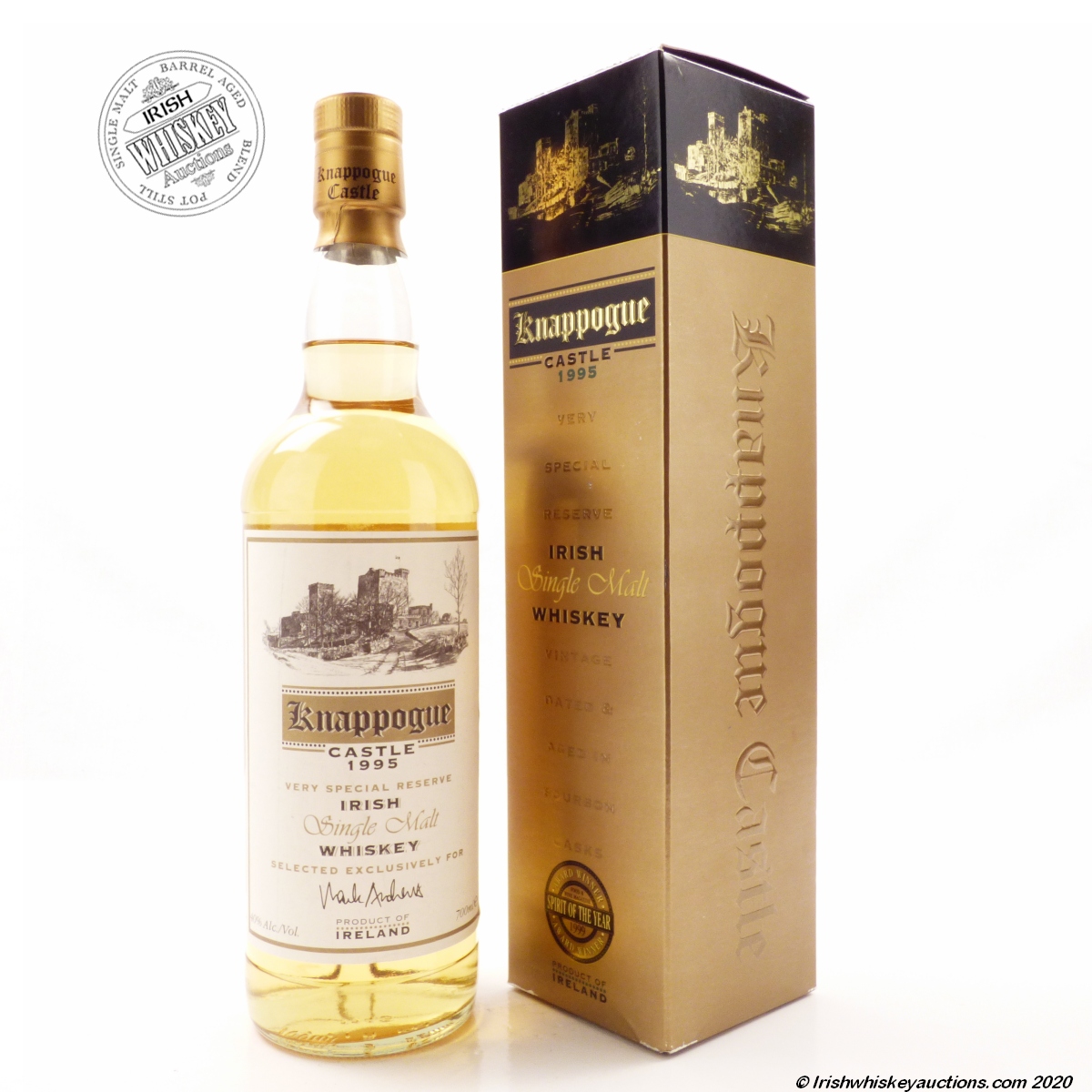 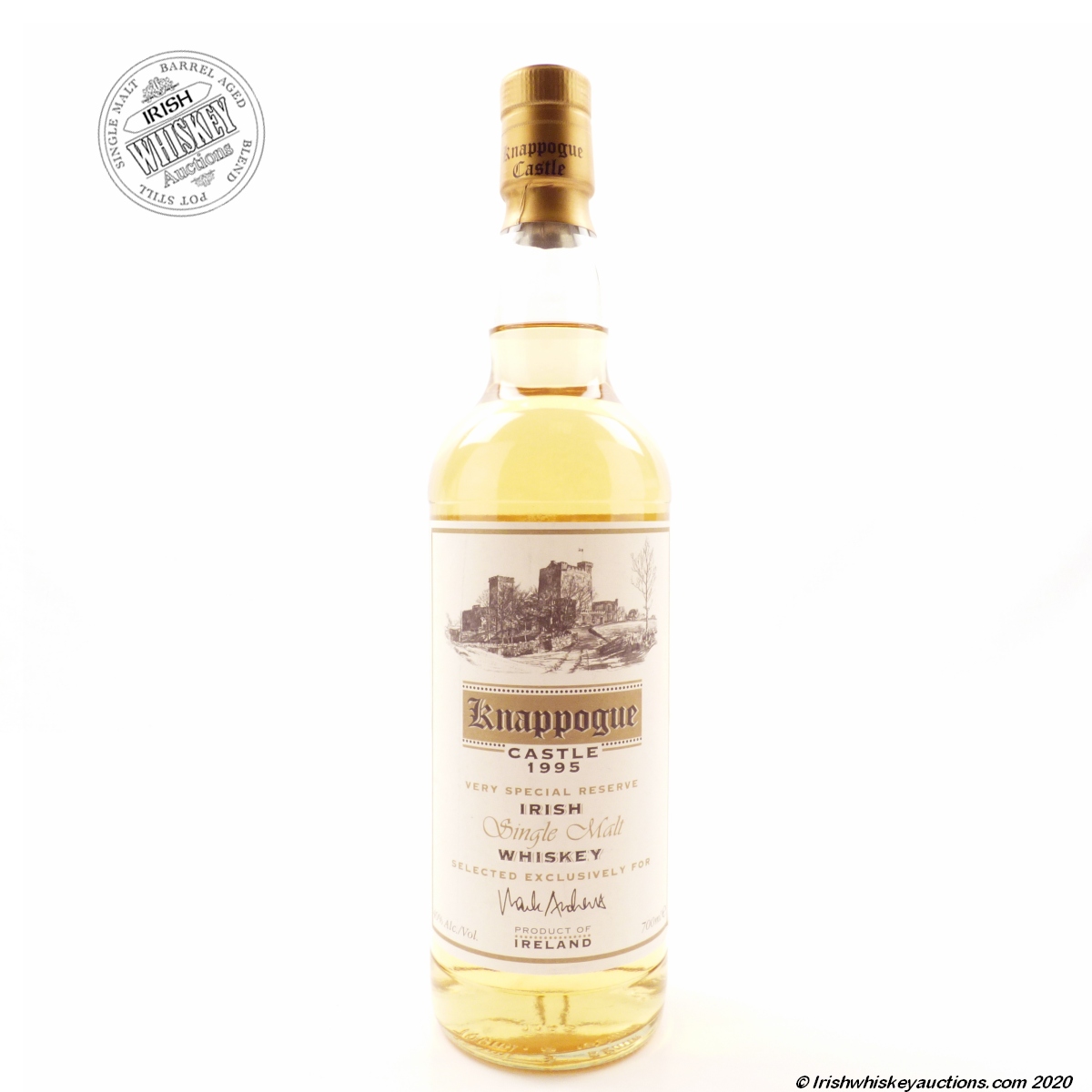 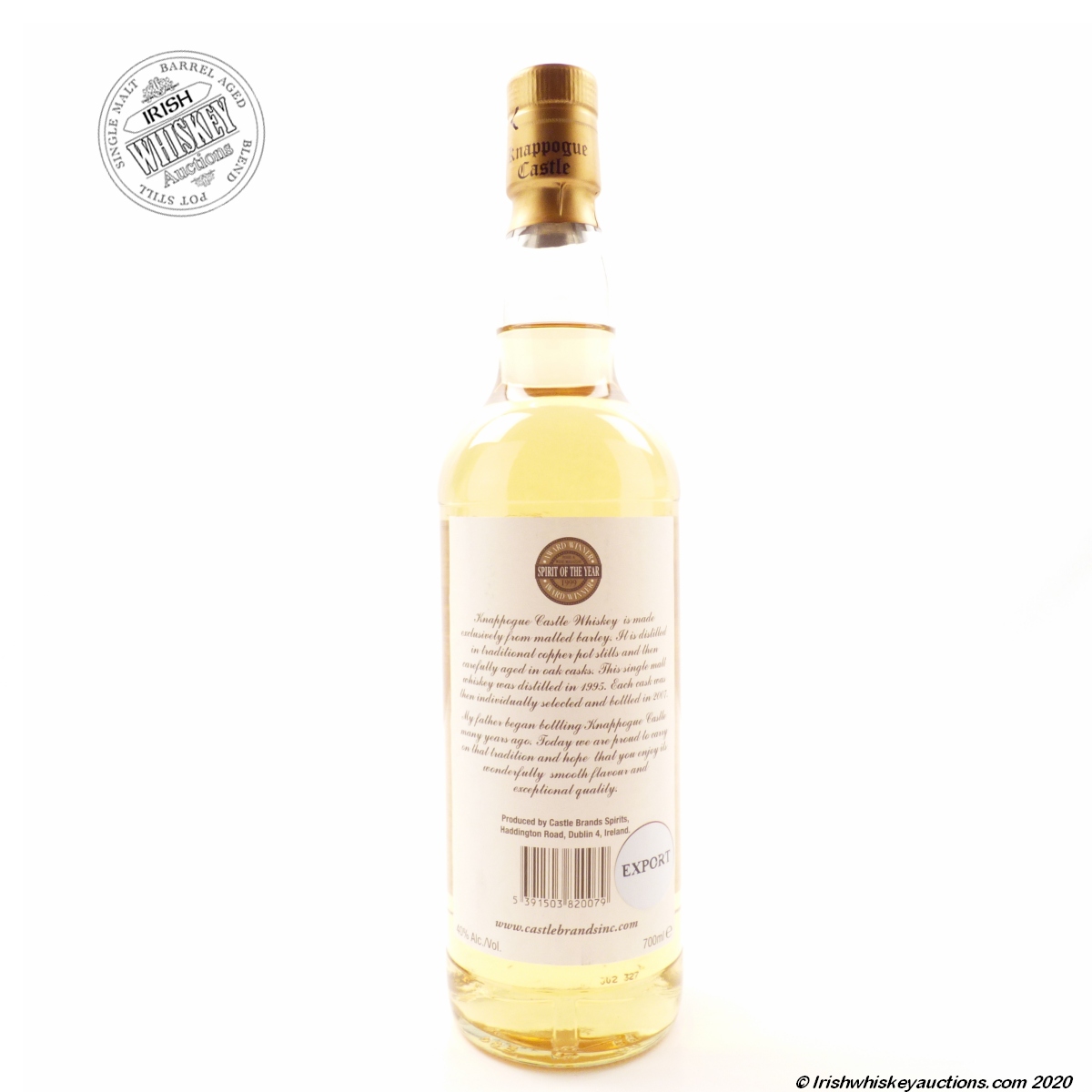 A Single Malt Irish whiskey distilled in the Cooley Distillery and specially selected for Mark Andrews and the Knappogue castle brand.

An award winning Irish whiskey that has many fans the world over.

In excellent condition in it's retail presentation carton.

In 1966, Mark Edwin Andrews and his wife Lavone´ purchased Knappogue Castle in County Clare after returning to Ireland from the US. As they renovated the structure, Mark Andrews amassed a collection of rare single malt Irish whiskey, which he privately bottled and named Knappogue Castle 1951 after the historic building. He focused primarily on the whiskeys once produced at the B. Daly Distillery in County Offaly, which ceased whiskey production in 1954.
In 1998, his son, Mark Edwin Andrews III, launched Great Spirits LLC, which made Knappogue Castle 1951 available to the public. In 1999, the company introduced vintage-dated single malts, under the same brand name. Knappogue Castle 1951 is one of the oldest and rarest commercially available Irish whiskeys on the planet. This highly distinctive whiskey was distilled in 1951 and aged in sherry casks for 36 years.