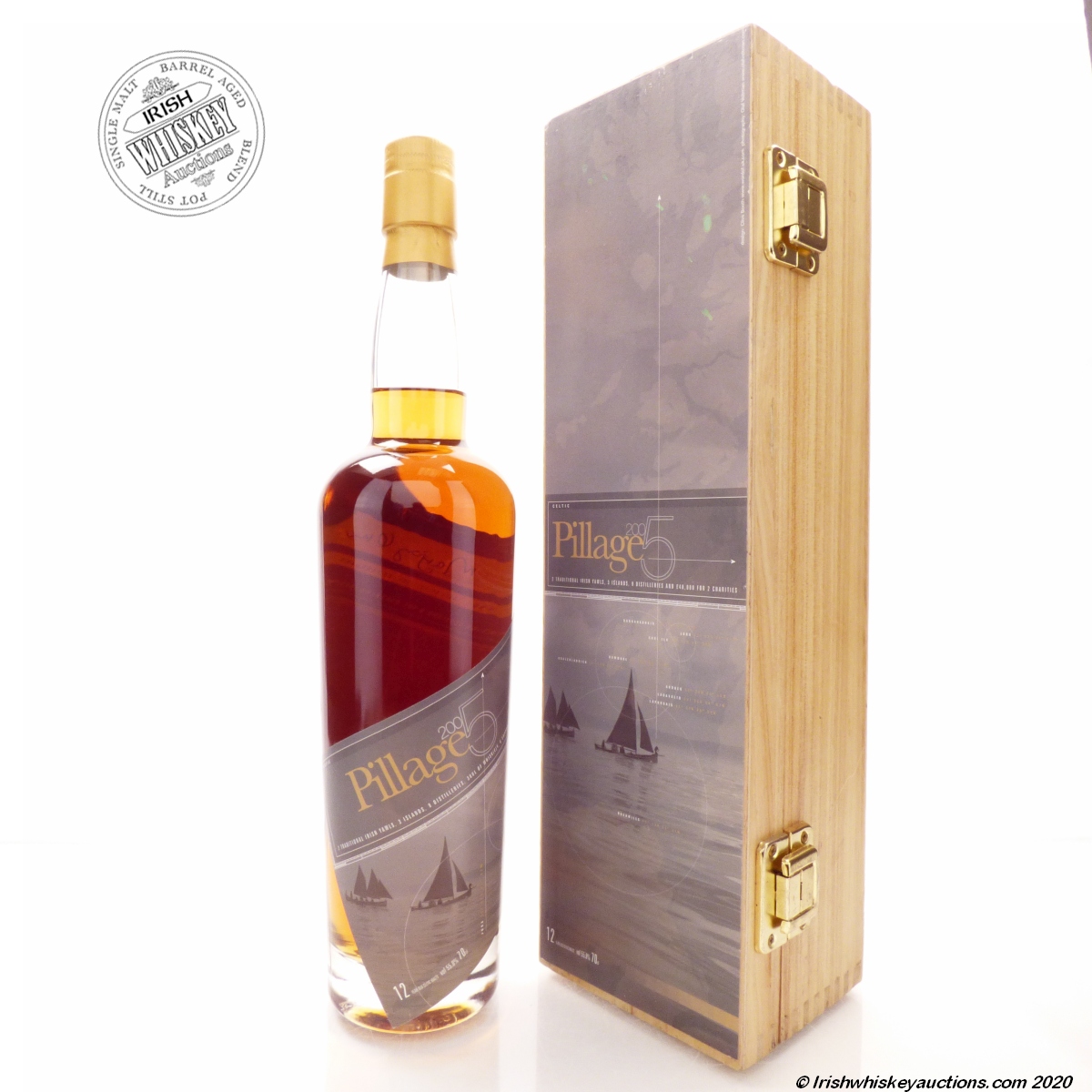 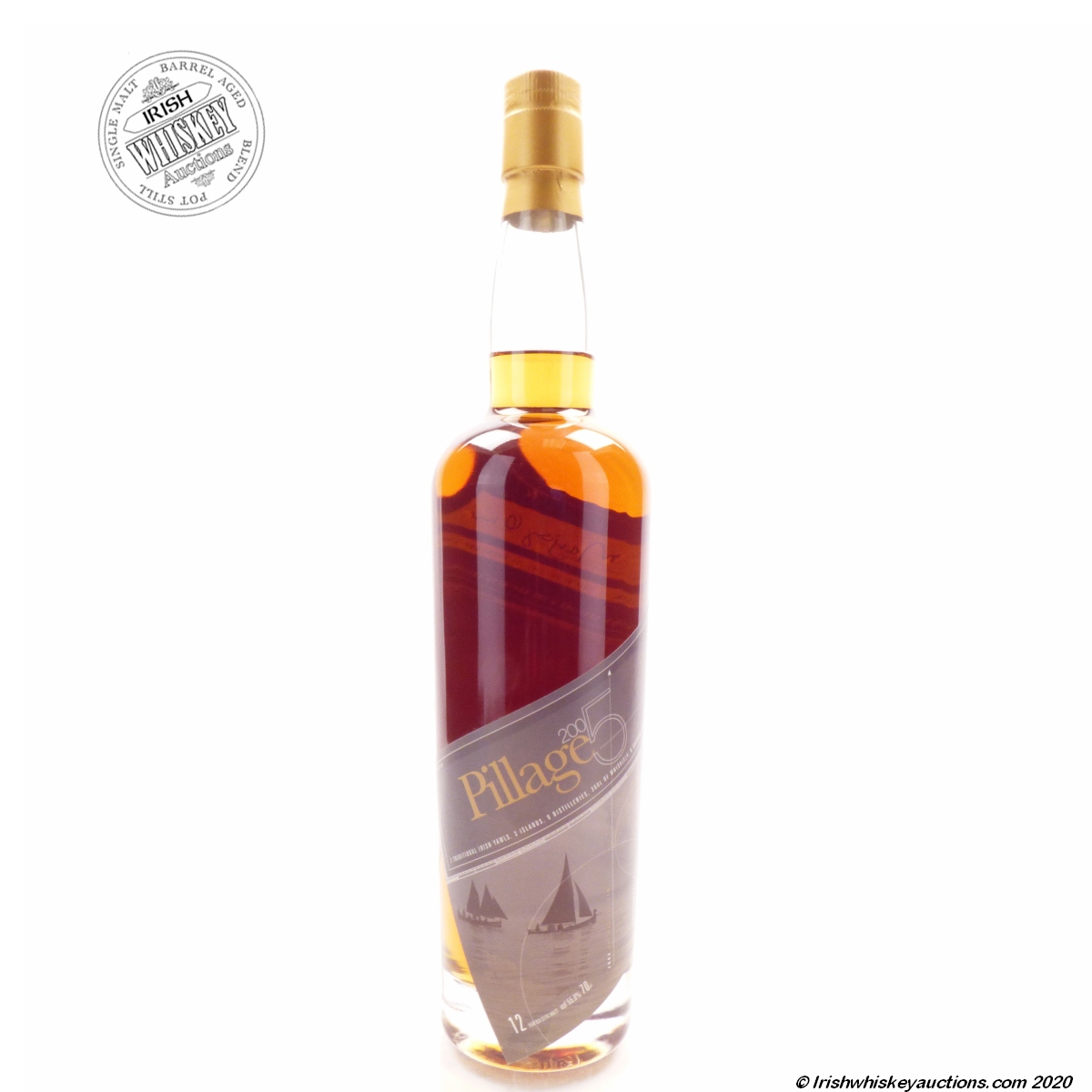 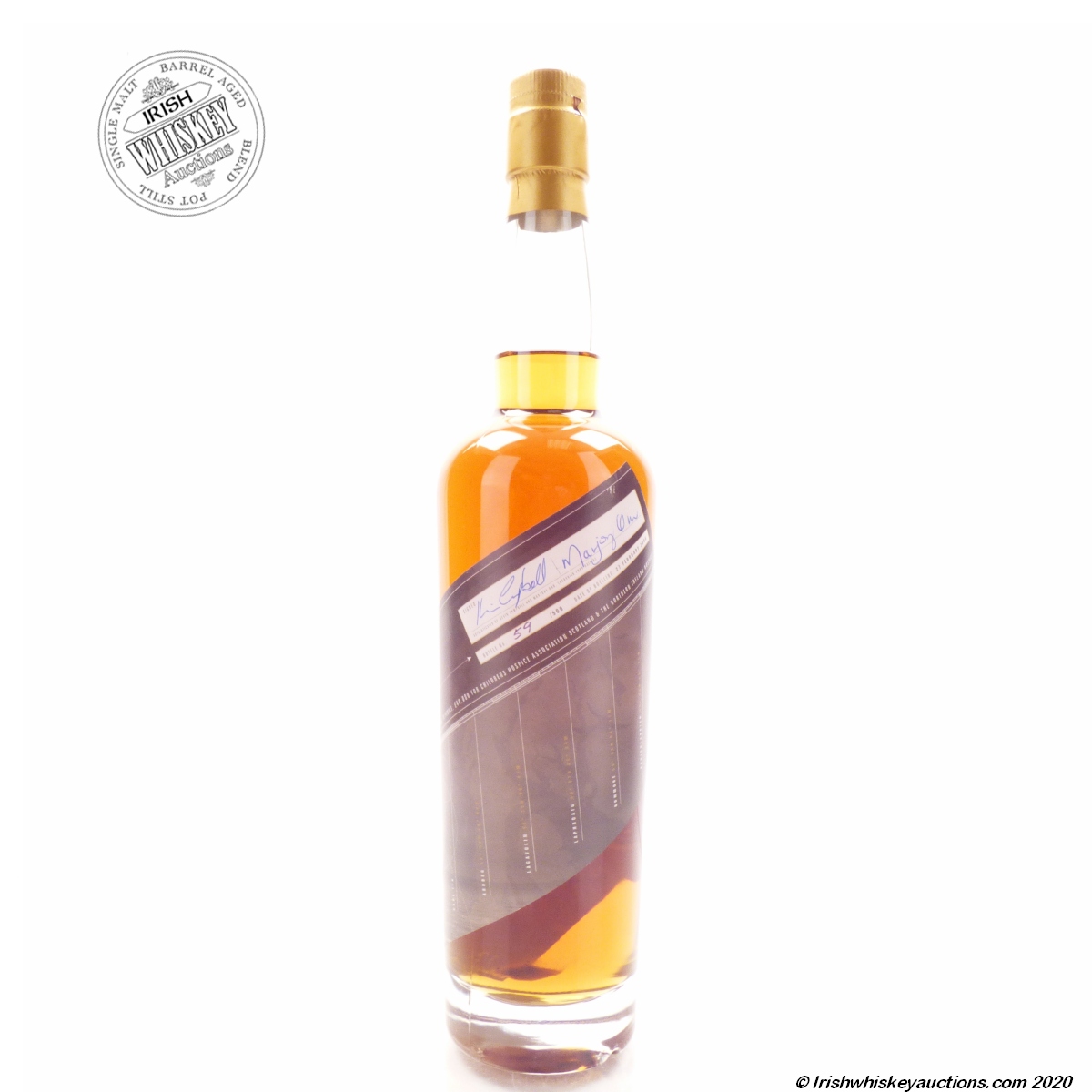 A unique bottling in the Whisky/Whiskey World as it was the result of a charity endeavor.

In 2005, a charitable bunch headed up by Lagavulin distillery worker Kevin Campbell, rowed a small viking-esque boat from Jura, past seven Islay distilleries, ending up at Bushmills in Northern Ireland.

They collected whisky/whiskey from each distillery en route, vatting together what was collected (which was bottled as a cask strength 12 year old whisky), and bottling it at Bruichladdich. This project raised money for the Children's Hospice Association of Scotland and the Northern Ireland Children's Hospice.

Only 500 Bottles were produced this is bottle No. 61. Each bottle was individually signed by Kevin Campbell and Marjory Orr, the principles behind the Project.

Islay Whisky is recognised worldwide for the many famous brands that call this small island home. The peated flavour that is evident is all Islay whiskies varies throughout the 8 active distilleries but some of their most famous and highly sought after whiskies come from now closed distilleries that dot the wild landscape of this Scottish Island. Brands such as Port Ellen, Octomore, Hazelburn and Ardmore are now increasing in value as collectors add them to their ranks. The Festival of Feis ile every year attracts whisky lovers from all corners of the globe to celebrate the cultural heritage that is evident in every distillery there. Laphroaig, Lagavulin, Bowmore, Ardbeg and Bruichladdich are the whiskies that now carry the banner of this unique island around the world.