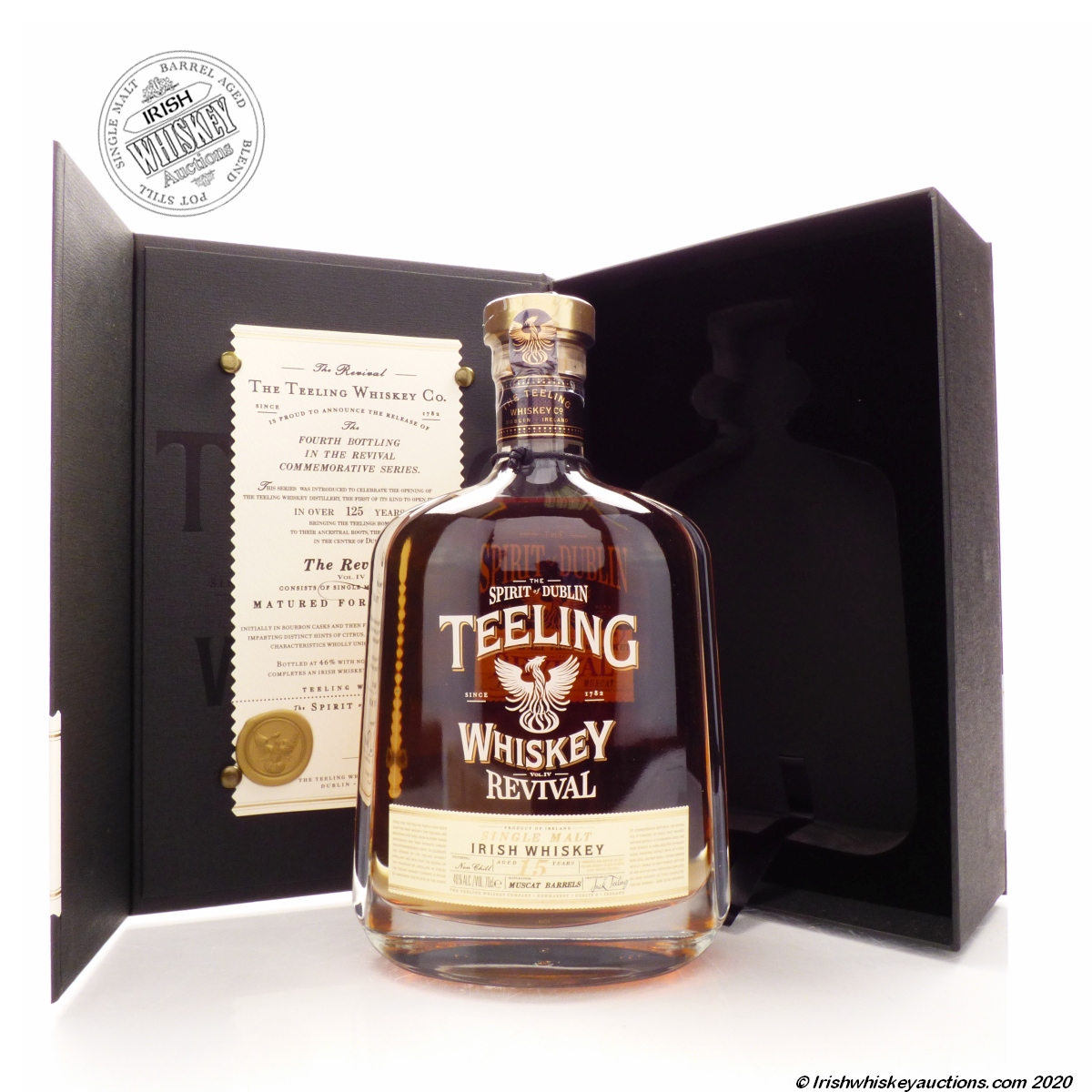 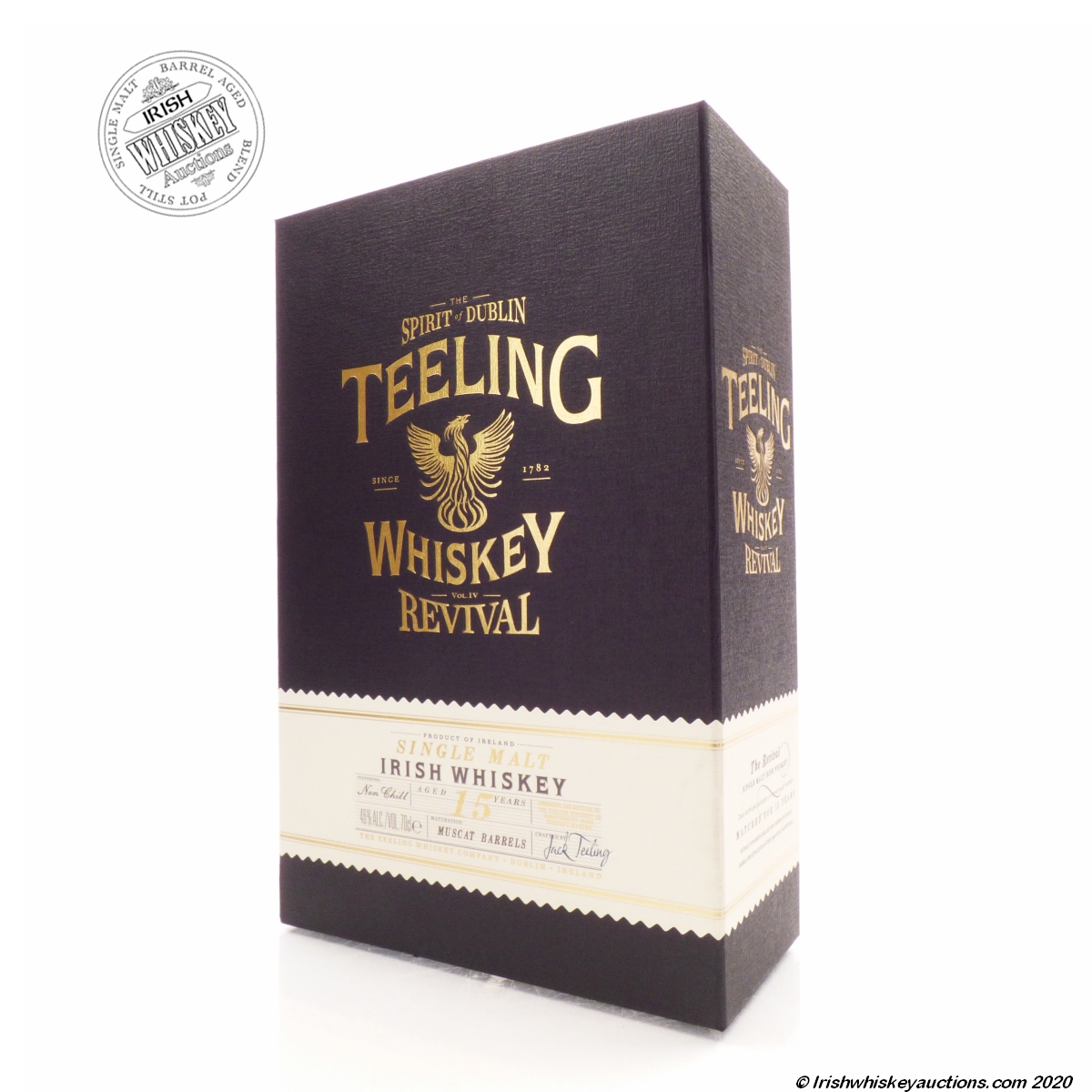 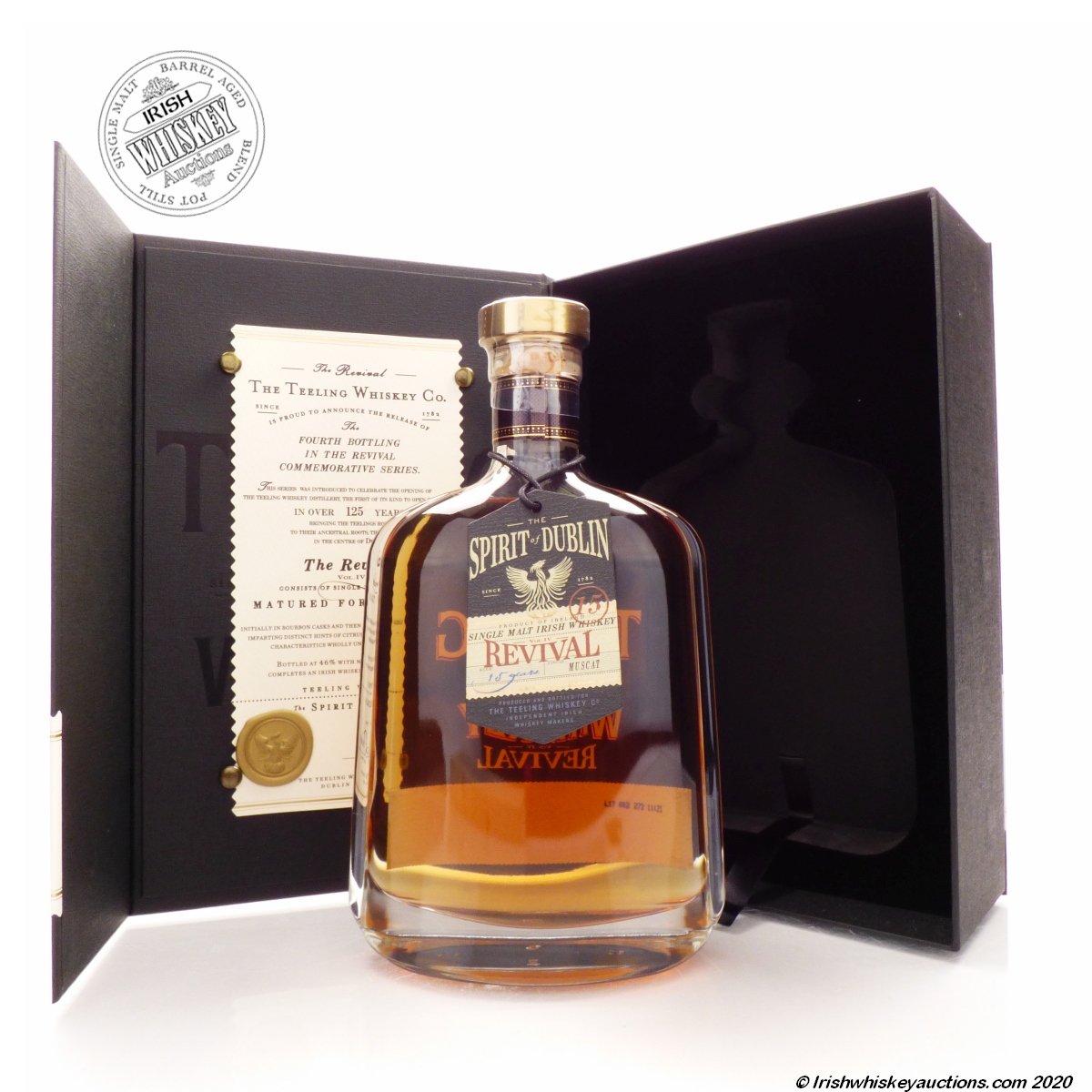 The fourth Release from the Teeling Revival Collection.

A superb release in the hugely popular Revival series from Teeling, This has been finished in muscat wine barrels for a final period of 12 months and has been aged for a total of 15 years. It has a gloriously fruity flavour with great balance, smoothness and a luscious mouthfeel.