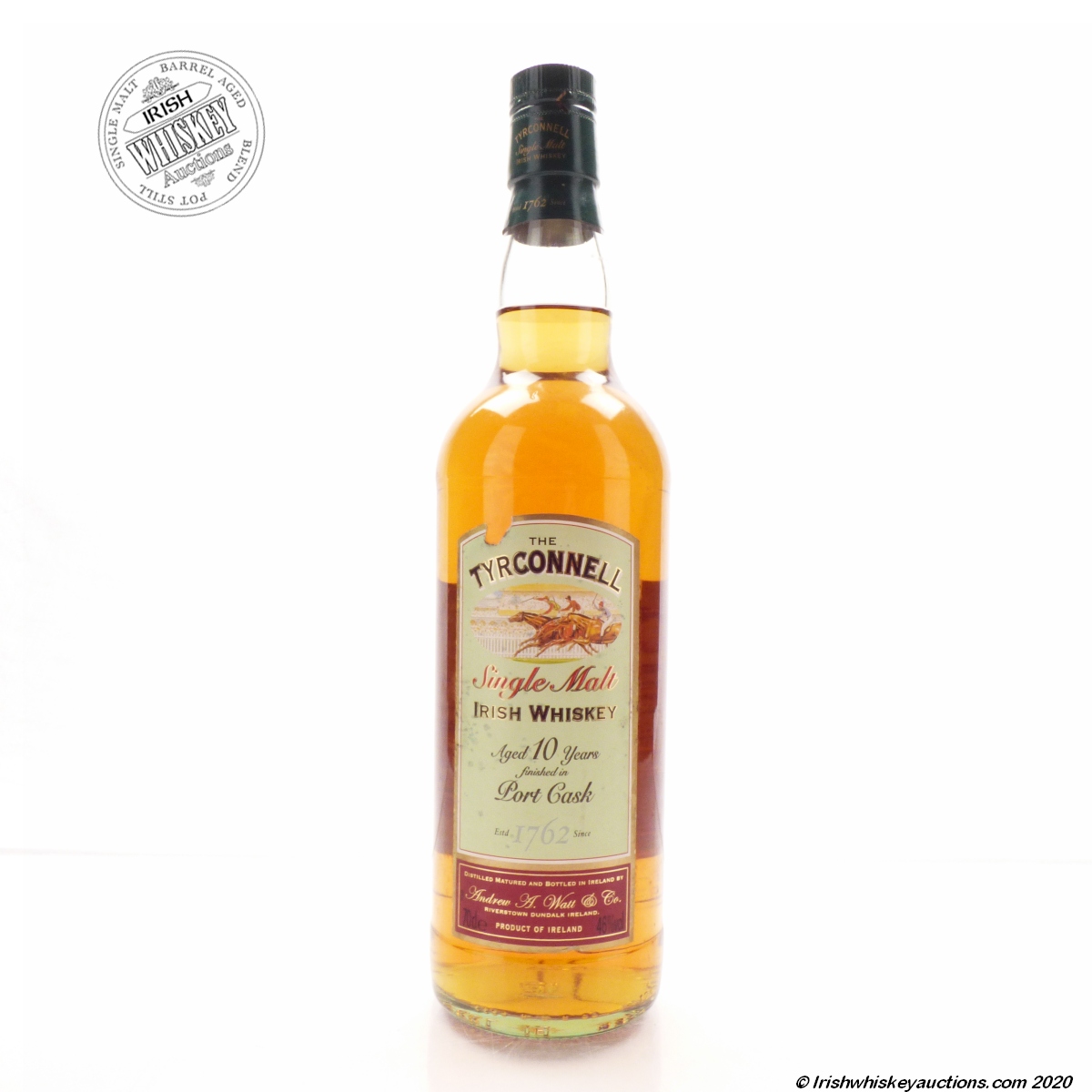 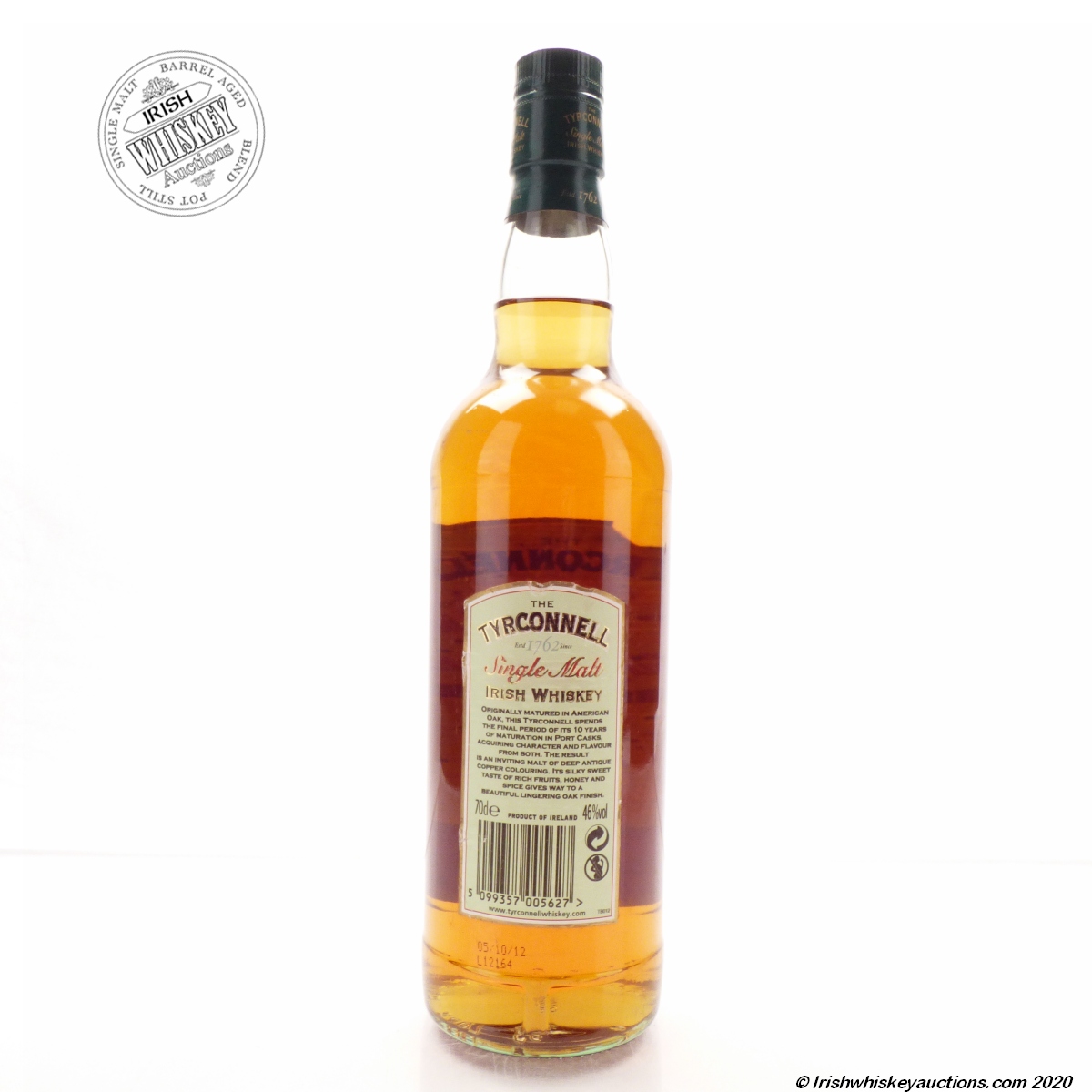 A 10 year old single malt from the Tyrconnell brand of the Cooley Distillery.

Finished in Port Casks, One of the better young single malts from Cooley.

Some wear on the label.