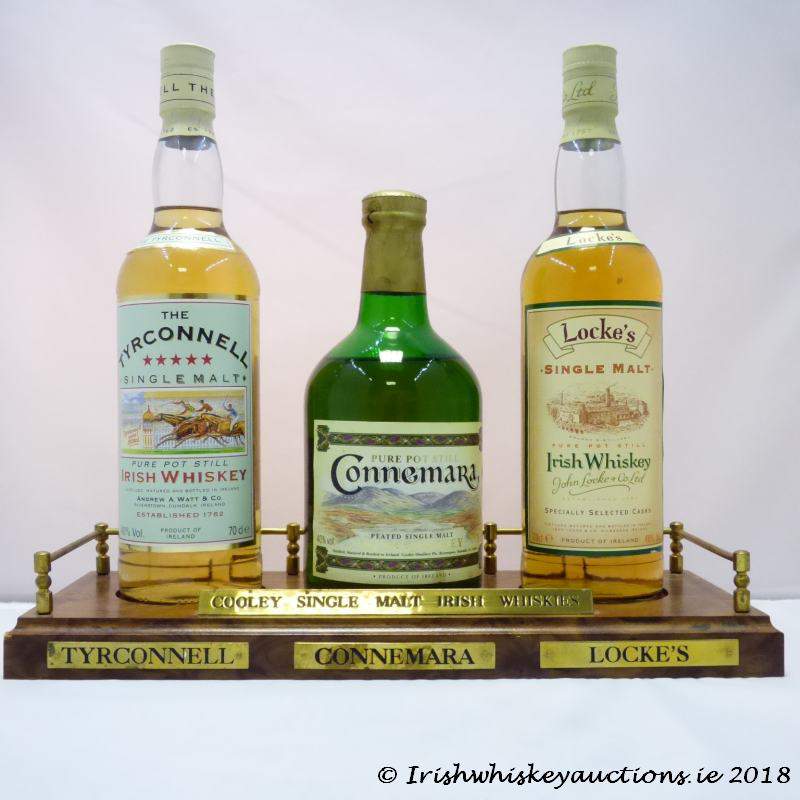 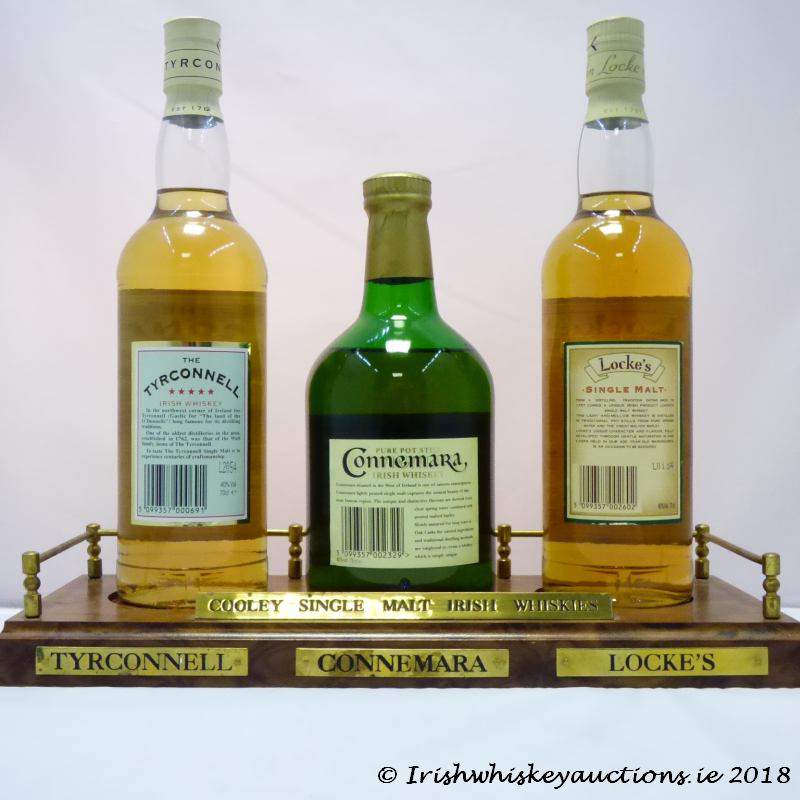 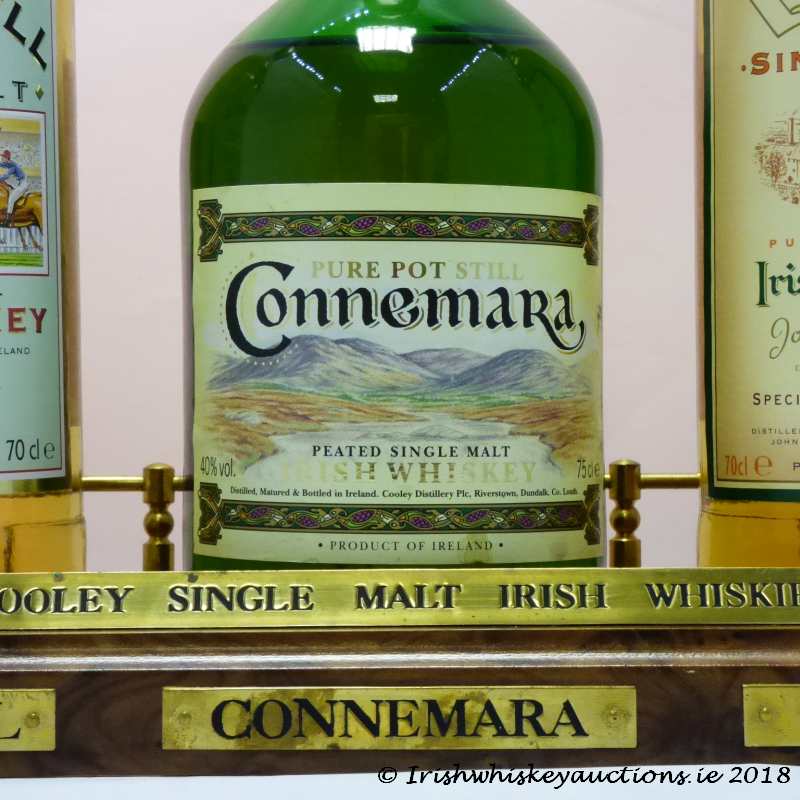 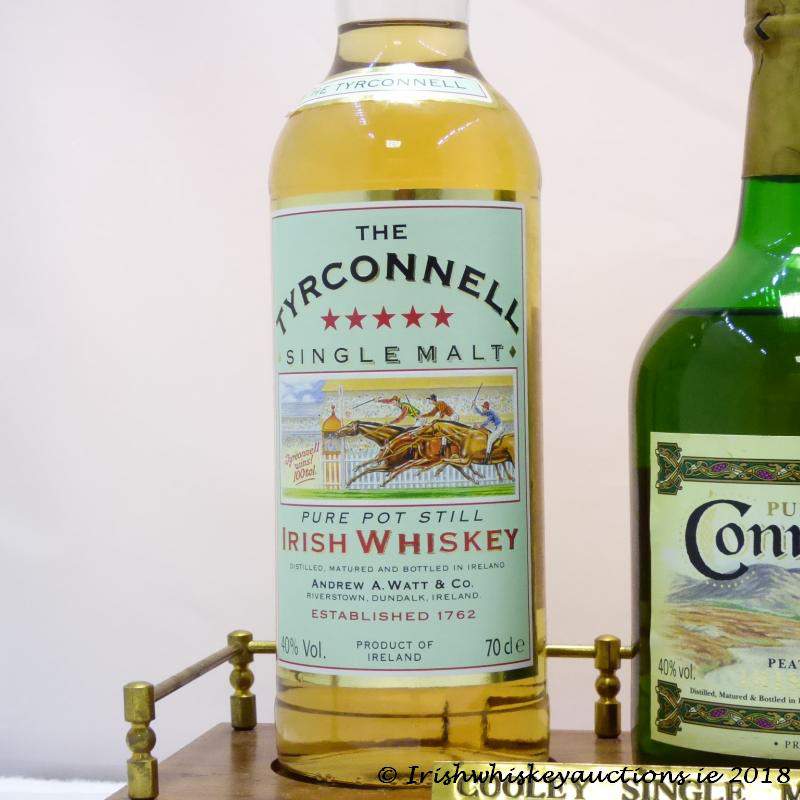 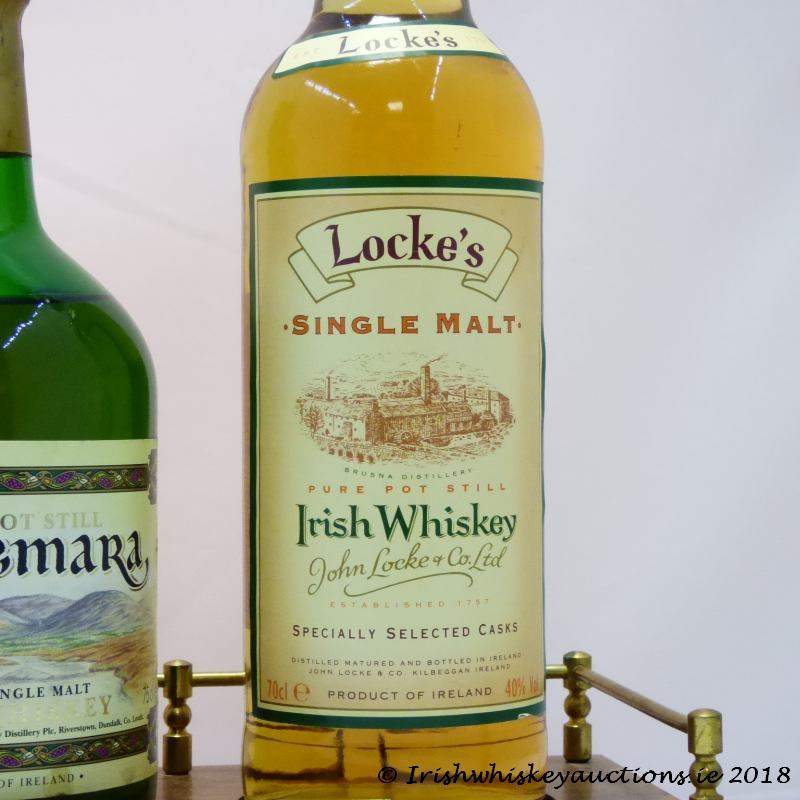 Comes with 70cl of The Tyrconnell, 70cl of Lockes single malt and 70cl of Connemara peated whiskey

all on a display plinth with the names on brass plaques.